U.C. Berkeley is a member of the Center for Research Libraries (CRL) consortium, in Chicago, IL & therefore UCB currently enrolled students, faculty & staff  have access to newspaper microfilm held by CRL.  Titles can be searched in ICON, CRL's webpage for digitized newspapers.

button to obtain through Inter-Library Services. 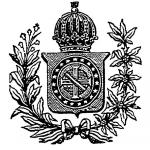 Brazilian Government Documents: Executive branch serial documents issued by Brazil’s national government between 1821 and 1993, and by its provincial governments from the earliest available to the end of the first Republic in 1930.