Africo-American Presbyterian, 1880-1938.
News/Micro newsfilm-1
The microfilm edition of this newspaper includes all issues published weekly from 1925-1938, plus a small assortment of issues from the years 1880-1917.

Black Abolitionist Papers, 1830-1865. & Guide to the Microfilm Edition
News/Micro Microfilm 19623 .E & Guide: E449 .A12 .B4
A collection of writings, speeches, correspondence, newspapers, and other printed materials of some 300 prominent African Americans involved in the anti-slavery movement.  Some titles may be included in database Slavery & Anti-Slavery (UCB proxy access only).

Black Biographical Dictionaries, 1790-1950.
Doe Reference Microfiche 18002 & Index: Doe Reference E185.96.A12 .B52 1992 Biographies
This set contains over 30,000 biographical references and thousands of portraits in nearly 300 titles published between 1790 and 1950. To obtain a particular item, first check the index then consult the fiche.

Butler Plantation Papers : The Papers of Pierce Butler (1744-1822) and Successors from the Historical Society of Pennsylvania.
News/Micro Microfilm 77814, Guide: Microfilm 77814.guide , & Online Guide
The Butler Plantation was made famous by Fanny Kemble's Journal of a Residence on a Georgian Plantation 1838-1839 (1863). In this work, British actress Fanny Kemble, who had married plantation owner Pierce Butler II in 1834, described the horror of her first experience of the slavery system. The microfilm edition documents the whole range of Butler's activities from his business interests to the affairs of the state of Georgia.

News/Micro Microfilm 18909 .E
Guide: Filmed at the beginning of reel one.
This collection was assembled by Dr. Woodson when he was the editor of the Journal of Negro History. It consists of correspondence on Negro history, race relations and discrimination, employment opportunities, political and business affairs, addresses, legal and other documents.

Carver, George Washington, 1864?-1943.
Microfilm Edition of the George Washington Carver Papers at Tuskegee Institute & Guide to the Microfilm Edition
News/Micro Microfilm 18900 S & Guide: News/Micro S 417 .C3 .A12 .K5
The Carver Collection at Tuskegee Institute and the Carver related materials from the National Archives, the Library of Congress, the University of Iowa and Iowa State, the Franklin D. Roosevelt, the Carver National Monument, and other private collections are included in this collection of his papers. Memorabilia, correspondence, and writings by and about Carver on topics such as science, agriculture, education, industry, medicine, race relations, religion, and politics are well represented in this collection.

Communist Party
see Cointelpro: The Counter-Intelligence Program of the FBI

FBI
see  Cointelpro: the Counter-Intelligence Program of the FBI

Gumby, L.S. Alexander Collection, 1800-1960.
News/Micro Microfilm 18050 E
This collection of scrapbooks includes clippings and photographs of Black Americans from many walks of life. Index at the beginning of reel one.

Murray, Daniel
Daniel Murray Papers. & Guide to the Microfilm Edition
Shelved at NRLF Microfilm 18899 E
Index and guide: Wolff, Jane. The Papers of Daniel Murray: Guide to a Microfilm Edition. E185.97.M77.A12 .W6 News/Micro
In 1871 Murray was the second African American to hold a professional position in the Library of Congress and in 1899 was responsible for compiling a collection of books and pamphlets by African American authors for the 1900 Paris Exposition. Murray's papers consist of results of his research, correspondence, historical and biographical materials concerning his Encyclopedia project, personal and professional activities.

see FBI File on the NNC & Guide to Microfilm Edition

Nationalist Groups
see Cointelpro: The Counter-Intelligence Program of the FBI

New Left
see Cointelpro: The Counter-Intelligence Program of the FBI

The Peonage Files of the U.S. Department of Justice, 1901-1945
News/Micro Microfilm 48040
Guide: HD 4875 .U5 .G85 1989 Government Reference
Includes various documents, letters, newspaper articles, and manuscript collections concerning peonage in the United States since the Civil War, as well as complaints from those who believed themselves held in peonage.

Selected Documents from Records of the Committee on Fair Employment Practice.
News/Micro Microfilm 16355 E & Guide: CD 3041 .C65 1970
A collection of the records of the FEPC, which was established in 1941 to deal with discrimination in employment against members of minority groups, especially African Americans.

Slave Trade
see
United States. Department of the Interior Records Relating to the Suppression of the African Slave Trade and to Negro Colonization, 1854-1872. and also available through Slavery and Anti-Slavery database (UCB proxy access only)

Slavery: Source Material and Critical Literature
News/Micro Microfiche 27132 & Guide: Microfiche 27132.guide. Printed guide also available in Doe Reference E185 .A12 .S56
This collection of books and pamphlets was written before the Civil War by and about African Americans. It covers such topics as the abolition movement, conditions of slaves, the Fugitive Slave Law, the slave trade, history of slavery, travels through the slave states, anti-slavery tracts and religious views on slavery. Government documents, sermons, poetry, fiction and former slaves' narratives are also found in this collection.

Southern Historical Manuscripts : Microform Plantation Records from the Department of Archives, Louisiana State University.
Microfiche 154 News/Micro
The collection includes correspondence, business and personal papers, and diaries which reveal many aspects of life on the plantations of Louisiana, southwestern Mississippi, and the lower Mississippi Valley during the 19th century. Among the papers included are those of the planters, a Methodist minister, a shopkeeper, a professor of "Negro Medicine", and the papers of two families of free African Americans.

Southern Tenant Farmers' Union Papers, 1934-1970.
BANC MSS 72/188 z FILM Bancroft
A collection consisting of correspondence, reports, press releases, legal documents, pamphlets, and other materials. It documents the formation of the union and its activities to improve the lot of sharecroppers, tenant farmers, small landowners and migratory farm workers; its relations with government agencies, and other unions/organizations.

Terrell, Mary Church, 1863-1954.
The Papers of Mary Church Terrell.
News/MicroMicrofilm 18903 .E & Guide: Filmed at beginning of reel one.
Her papers include diaries, correspondence, speeches, writings, and her professional activities as an educator, lecturer, and political campaigner.

Terrell, Robert Heberton, 1857-1925
The Papers of Robert H. Terrell.
News/Micro Microfilm 18992 .E
Documents Robert H. Terrell's career as a Municipal Court judge in the District of Columbia (1902-1925). The Judge and his wife were prominent African American leaders in education and civil rights.

Types and conditions of Afro-Americans in 1900 compiled and prepared by W.E.B. Du Bois for the Negro Exhibit of the American Section of the Exposition universelle, Paris, 1900. 363 photos.
News/MicroMicrofilm 20664
Portraits of unidentified well-dressed African Americans, and photographs showing homes, families and country and city life.

United States. Department of the Interior. Records Relating to the Suppression of the African Slave Trade and to Negro Colonization, 1854-1872.
Microfilm 4182 .E News/Micro

Washington, Booker T., 1856-1915.
The Papers of Booker T. Washington.
Shelved at NRLF (storage). Microfilm 19400 .E
Guide: Contents for reels 1-91 on reel 1. Contents for reels 92-388 on reel 92.
The first three series in this microfilm collection consist of family, personal, and special correspondence. Series four, general correspondence, includes letters on subjects related to Washington's position as principal of the Tuskegee Institute and as a well-recognized African American leader.


Woodson, Carter Godwin, 1875-1950.
Papers of Carter G. Woodson and the Association for the Study of Negro Life and History, 1915-1950.
News/Micro Microfilm 77984 & Online Guide to Papers
Known as the "Father of Negro History," Carter G. Woodson was a towering African American intellectual of the first half of the 20th century. He was passionately dedicated to black history's mission to bring to light the wealth of the Negro past and to demolish bigoted stereotypes and misinformation about African Americans. Due to Woodson's energy and vision, generations of African Americans were disabused of notions of Negro inferiority and educated in the reality of the accomplishments of persons of color. 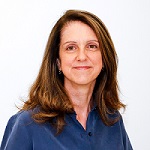