From the British Library, this collection spans the rise and maturation of the Jamaican sugar industry and features testators who were big planters or merchants.  Collection is 1 reel.

A Guide is included for this collection. The collection includes 2 reels.

A Guide is included for this collection. From the University of Exeter Library in England. This collection consists of correspondence, accounts, lists of Negro slaves and cattle and their annual increase and decrease, shipments and miscellaneous legal and financial papers concerning their family business affairs.  The collection comprises 2 reels.

In the 1770s, Glasgow established a thriving trade with the British West Indies in sugar, rum, and molasses.  In 1807 a group of merchants and planters in Glasgow agreed to set up the Glasgow West India Association, which concerned itself with freight regulations, the appointment of convoys, privileges of the port, relevant parliamentary bills, etc. This publication comprises the Associations's Minute Books and concerns mainly sugar and cotton, but also covers "coolie" labor, postal services, rum, slavers, etc.  5 reels completes this collection.

The Journal of James Currie: Journal of a Voyage from Nixonton, North Carolian to the Island and Saint Martin's, 19th September to 29 October 1776

A Guide is included for this collection. From the University of London Library, this collection comprises personal and business papers of William Hewitt, 1719-8, commissioner and landowner in the East Indies.  It spans the period of the  American Revolutionary War when the West Indies played an importanta role in the naval conflict.

Papers Relating to the Providence Island Company and Colony, 1630-1641

The Providence Island Company was founded in 1630 by a group of Puritan grandees as an attempt to confront national enemy, Spain, and begin the building of a foundation for English economic independence.  Surviving papers include the records of company meetings, official and unofficial letters and reports and the diary of the last governor, Captain Nathaniel Butler.  The colony was a failure, "extinguished" by the Spanish in 1641, but it strengthened the idea of a strong English presence in the West Indies.

A Guide is included in the collection. Memoirs, letters, books, memoranda, plantation estimates, maps, leases and numerous waster and account books relating to the affairs of Joseph Senhouse, who resided for many years in Barbados and Dominica. Also includes the recollections of William Senhouse, who was Surveyor General of Barbadoes and the Leeward Islands from 1770 to 1787. Collection comprises 2 reels.

The Women's Movement in Cuba 1898-1958: The Stoner Collection on Cuban Feminism / edited by K. Lynn Stoner 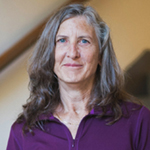