"Bringing together collections from a wide range of cultural heritage institutions."

A bi-lingual union catalog of Arabic and Arabic script writing from West Africa.

Includes 20 sets of historical materials that document the history of Palestine. This unique collection of periodicals represents an irreplaceable source of information about Palestine and its people. Part of the British Library's Endangered Archives project.

Includes text-based (searchable) materials in writings from the long course of Islamic civilization. In Arabic.

Cambridge University Library's collection of Islamic manuscripts dates from the origins of Arabic scholarship in Cambridge in the 1630s, over 5,000 works, including the collections of Thomas Erpenius, J.L.Burckhardt, E.H.Palmer and E.G. Browne. See also: Hebrew Manuscripts

This collection includes millions of digital resources from a range of Europe's leading galleries, libraries, archives and museums. Includes: books and manuscripts, photos and paintings, television and film, sculpture and crafts, diaries and maps, sheet music and recordings.

From IRCICA, Farabi includes several collections such as: Ottoman Yearbooks, Voyages in Middle East, Korans, and much more.

Collection of resources pertaining to Islamic perspectives in the broad field of bioethics. This is a collaborative effort of two Georgetown Libraries: the Bioethics Research Library (Washington) and the School of Foreign Service-Qatar Library (Doha).

Startling evidence of the once vibrant Jewish life in Iraq came to light in May 2003 — over 2,700 books and tens of thousands of documents were discovered in the flooded basement of the Iraqi intelligence headquarters by a US Army team.  The remarkable survival of this written record of Iraqi Jewish life provides an unexpected opportunity to better understand this 2,500-year-old Jewish community.

Jara'id : A Chronology of Nineteenth Century Periodicals in Arabic (1800-1900)

This website, from the Zentrum Moderner Orient, provides a chronology of nineteenth-century periodicals in Arabic. Although it is meant to include all periodicals published in Arabic in the period from 1800 to 1900, this chronology is certainly incomplete.

The private manuscript libraries of Yemen, estimated at 50,000 codices, constitutes the largest and most important set of unexamined Arabic manuscripts in the world. Texts in this archive were composed, copied, studied, and preserved by Zaydi scholars from the tenth century to the present.

"Collective memory is a vital element of communal identity, and this rich archive documents one element of Palestinian identity: the refugee experience…” – Filippo Grandi, UNRWA Commissioner-General.

Catalog of the Arabic Press Archive of the Moshe Dayan Center at Tel-Aviv University, which is one of the largest and the most comprehensive collections of modern and contemporary Arabic-language newspapers in the world. Note: catalog only--not a digitized collection.

The aim of this collection is to compile comprehensive bibliographies of all primary sources relating to the Mamluk sultanate of Egypt and Syria, as well as all research and discussion--scholarly and popular--germane to the subject. 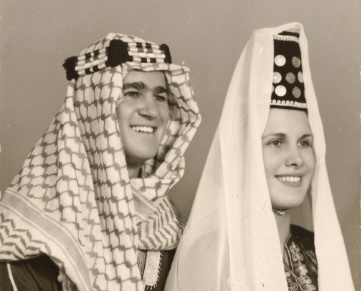 Arab Image Foundation's digital photo archive: Provides access to "over 500,000 photographic objects and documents from and related to the Middle East, North Africa and the Arab diaspora has been gradually assembled over the last 20 years by artists and researchers and through donations."

SHARIAsource: "a portal for Islamic law and data science tools that offers a window onto the digital world of Islamic legal studies." 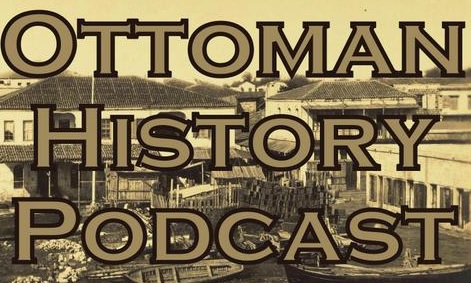 Ottoman History Podcast
A collaboration project began in 2011 to document the Ottoman History. In 2013 the project was expanded to include the Middle East and North Africa called MENAlab.

Other University Research Guides for ME Studies

The following list features links to related research guides from other academic institutions: