PolicyMap and the Opportunity Atlas get much of their data from the Census, but not everything from the Census is included in them. Once you have a census tract number, you can find all the data that's available at that geographic level from Data.Census.Gov. The earlier version, American FactFinder, is still available, but new data is no longer being added. 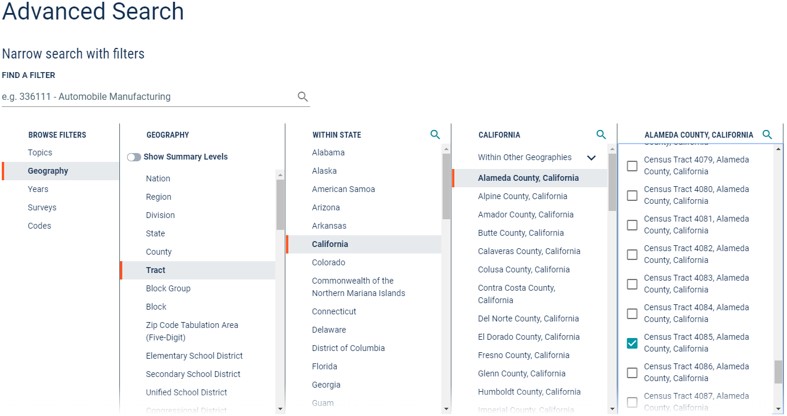 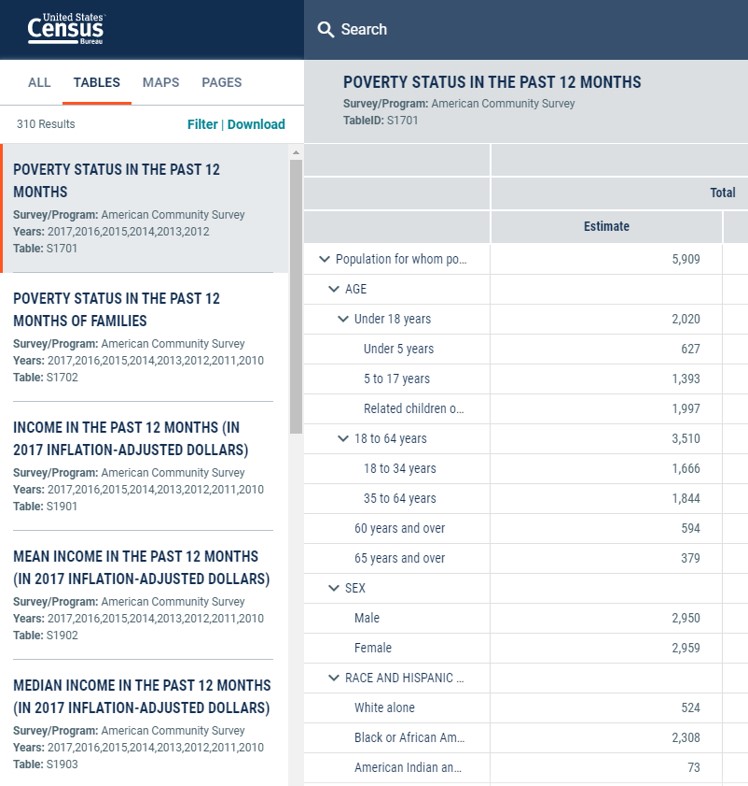 What is a Census Tract?

A Census Tract is the smallest geographic area which also has rich data associated with it. (Block groups and blocks exist, but not all data is collected at that level, some will be suppressed due to confidentiality issues and it can have very large margins of error.) Census tract boundaries normally follow visible features, and one tract is always located within one county.  The tracts average about 4,000 people..