Melvyl: locate materials at other campuses in the UC system. Melvyl also allows you to expand your search to libraries worldwide. 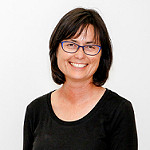