Information about the project to digitize and make available online the maps captured by the United States from foreign militaries during World War II. 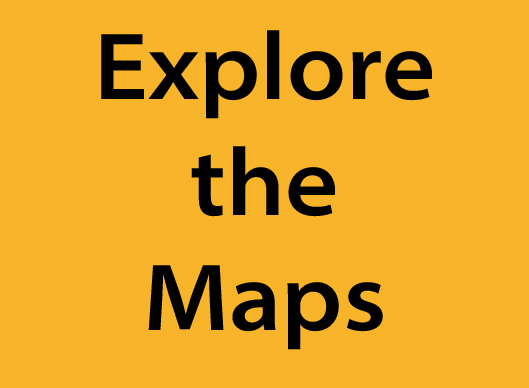 Browse through all of the maps in this collection on the UC Berkeley Library Digital Collections site.

Use the list of digital maps & indexes on this page for a quick overview of what maps are currently available.

Email us at epslibs@berkeley.edu with questions and comments about the collection.

Cartography is a rich visual tradition that evolved over thousands of years, a way of seeing and making sense of the physical and social world. It is a data-driven exercise.

But all maps lie, even the good ones, argues geographer Mark Monmonier in How to Lie with Maps (3rd edition, 2018).  In his introduction Monmonier famously writes that “a single map is but one of an indefinitely large number of maps that might have been produced for the same situation or from the same data.” Mapmakers use cartographic license. That involves distorting reality: It is impossible to faithfully project a three-dimensional world on a flat surface. All maps only convey information selectively--not every detail of the real world can actually be shown.

The Nature Of Map Cataloging

Cataloging cartographic resources also is a data-driven exercise, maybe more so than cataloging on the book format. Recording relief, coverage area, scale information, projection data, all that necessitates unique data fields that are specific to the exercise of cataloging cartographic resources. Map data sets can be really large and complex. Variation often plays a role, as sheets are updated and reissued in new editions. Note fields therefore are the friends of map catalogers. Descriptive cataloging records details about the prime meridian, marginal data, sheet numbering, etc. In many ways that is the bread and butter of map cataloging.

An important part of our work was providing adequate authority control, recording all corporate bodies that appear on these maps. That includes local administrative offices and specific military mapping and surveying units which were involved in producing these map series.

In the decades after World War II British and subsequently American map catalogers produced rudimentary record stubs for these German military map sets. Instead of recording the names of the corporate bodies which appear on the map sheets some assigned responsibility by using ubiquitous phrases like “German General Staff.”

Some British and American map librarians have argued in the past that the German World War II military map series, and more specifically those covering the British Isles, represent purely derivative work. They argued that German military cartographers just republished map data which appeared on Ordnance Survey maps and British Admiralty charts.  This explains in part why Anglo-American map catalogers and map librarians for so long ignored these map series, even though they represent an important hidden collection in North American and British research libraries.

The most recent restatement of that argument came from Rob C. Wheeler in an article titled “German maps of England of World War II and associated publications,” which appeared in the December 2003 issue of Sheetlines. This article elicited a response from John L. Cruickshank who exploded that myth in three noteworthy articles which likewise appeared in Sheetlines during the years 2004 and 2005. Those articles also provide a first-rate comparative analysis of the work done by the Ordnance Survey and the Reichsamt für Landesaufnahme.

The Importance Of Source Map Data

Where did this map data originally come from? One of our goals was to add information about the source maps and related issuing bodies. Often a variety of source map sets was used to produce German military map series, sometimes updated by aerial photography and field work. Source map notes were generally extensive, and reflect that complexity. Already in the interwar period German geodesists worked at integrating larger physical spaces. Military grids used on some of these maps reflect that geodetic work.

The Fractured Nature Of Germany History

But institutional changes in the map world do not always neatly line up with political changes:  The celebrated Übersichtskarte von Mitteleuropa 1:300 000 was first issued from 1893 to 1918 by the Preussische Landesaufnahme, a military mapping agency of the State of Prussia, between 1866 and 1933 the largest and politically dominant German state. After the collapse of the German Empire in the November Revolution of 1918, the government of the Weimar Republic sought to establish a truly national civilian mapping agency, the Reichsamt für Landesaufnahme. The new mapping agency absorbed staff of the old Preussische Landesaufnahme, and gradually incorporated some other state mapping agencies. It issued new sheets of the Übersichtskarte von Mitteleuropa beginning in 1921. Reichsamt für Landesaufnahme cartographers made substantial changes. The new sheets emphasized roads and had outdoor recreation features. Car owners and tourists emerged as an important map-buying audience.

The Übersichtskarte von Mitteleuropa changed substantially between 1893 and 1966. It was issued by three vastly different mapping agencies. The coverage area of this map series expanded during World War I and again dramatically during World War II, but in the 1950s and 1960s it contracted to German territory. Key map features also changed.

After some discussion we decided those changes were significant enough to warrant dividing our set of Übersichtskarte von Mitteleuropa sheets into 3 sets. The reason for that was in part pragmatic. It conveniently allowed us to separate the sheets we wanted to digitize from those which the Berkeley Library bought in the 1950s and 1960s. But it also allowed us to trace the varied  history of the Übersichtskarte von Mitteleuropa in some detail and shed light on the significant changes that took place during the more than 70 years of its publishing history.

How To Explore The History Of The German World War II Mapping Effort?

A good place to start exploring the history of these German military map series is Wolfgang Scharfe’s paper presented at the 21st International Cartographic Conference in 2003. Scharfe discusses the complex production and publication history of a single German military map series, Spanien 1:50 000. He was able to interview Colonel Theo Müller, a retired military officer who had served as a military surveyor and cartographer during World War II and later in the West German military. That allowed Scharfe to gain insights into the production and publication process which would have otherwise remained obscure.

Additional map series records that we have created or upgraded as part of this project include:

We are currently working on updating the existing cataloging and creating new records for map sets in this collection.

To view all of the records that we have updated thus far, you can search for the collection name in our library catalog: "German World War II captured maps collection"

We have used this opportunity to begin to identify maps and map series hiding in our collection that we suspect to be maps captured from Germany during World War II. Below is a partial inventory of these suspected (but not necessarily confirmed) maps and map sets.