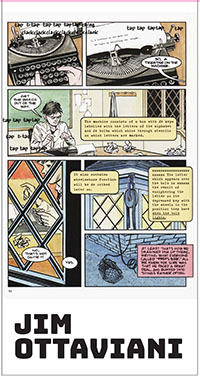 A nuclear engineer by training and now a librarian and author, Jim Ottaviani has written a number of graphic novels about the history of science in collaboration with various talented artists. His works include comics about Alan Turing, Niels Bohr, Jane Goodall, Dian Fossey, and Richard Feynman. 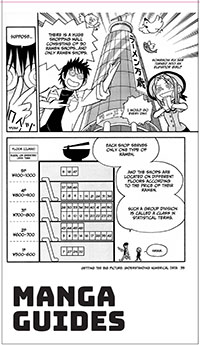 Manga are a popular form of comics in Japan with a distinctive style. This series of manga guides - translated from Japanese and published by Ohmsha and No Starch Press - teaches high school and college students about topics ranging from statistics and calculus to regression analysis and the universe. 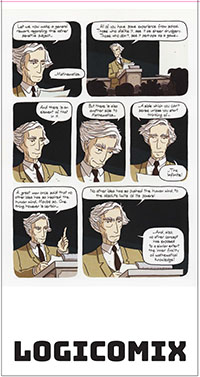 Co-written by UC Berkeley computer science professor Christos Papadimitriou and author Apostolos Doxiadis, with exceptional artwork by Alecos Papadatos and Annie Di Donna, this graphic novel tells the story of Bertrand Russell and the search for the logical foundations of mathematics. It includes encounters with such famous philosophers and mathematicians as Frege, Gödel, and Wittgenstein.

Starting with The cartoon guide to genetics in 1983, the cartoonist Larry Gonick has published a series of illustrated guidebooks about scientific concepts in collaboration with scientific authors. Perhaps best known for his work The cartoon history of the universe, his cartoon guides also cover subjects such as calculus, chemistry, computer science, and physics.