Guide to finding articles in the Daily Californian newspaper.

Where to find Daily Californian articles

The Daily Californian website is searchable back to 2011 (to 2008 in some cases).

The Daily Californian archive is online here as part of the Library's Digital Collections.  Digitization is ongoing, some years are still in process.

In addition microfilm beginning Oct 2, 1897 through the present are available in the News/Micro Library.

For more information on the Daily Californian, including accessing the microfilm and the old indexes, see the UCB Library Guide.

"The Daily Californian has its roots in The College Echo, published by the Durant Rhetorical Society at the College of California before the founding of the University of California. The society continued the publication after the formation of the university and the move to the Berkeley campus site as The University Echo. The Neolaean Literary Society began the Neolaean Review in March 1873, and the two publications merged in January 1874 as The Berkeleyan. There was a gap in the publication from 1888 thorough 1892; a new series of The Berkeleyan was begun in 1893.  The named was changed to The Californian in 1897, and in October of that same year it became the Daily Californian."  (Source) 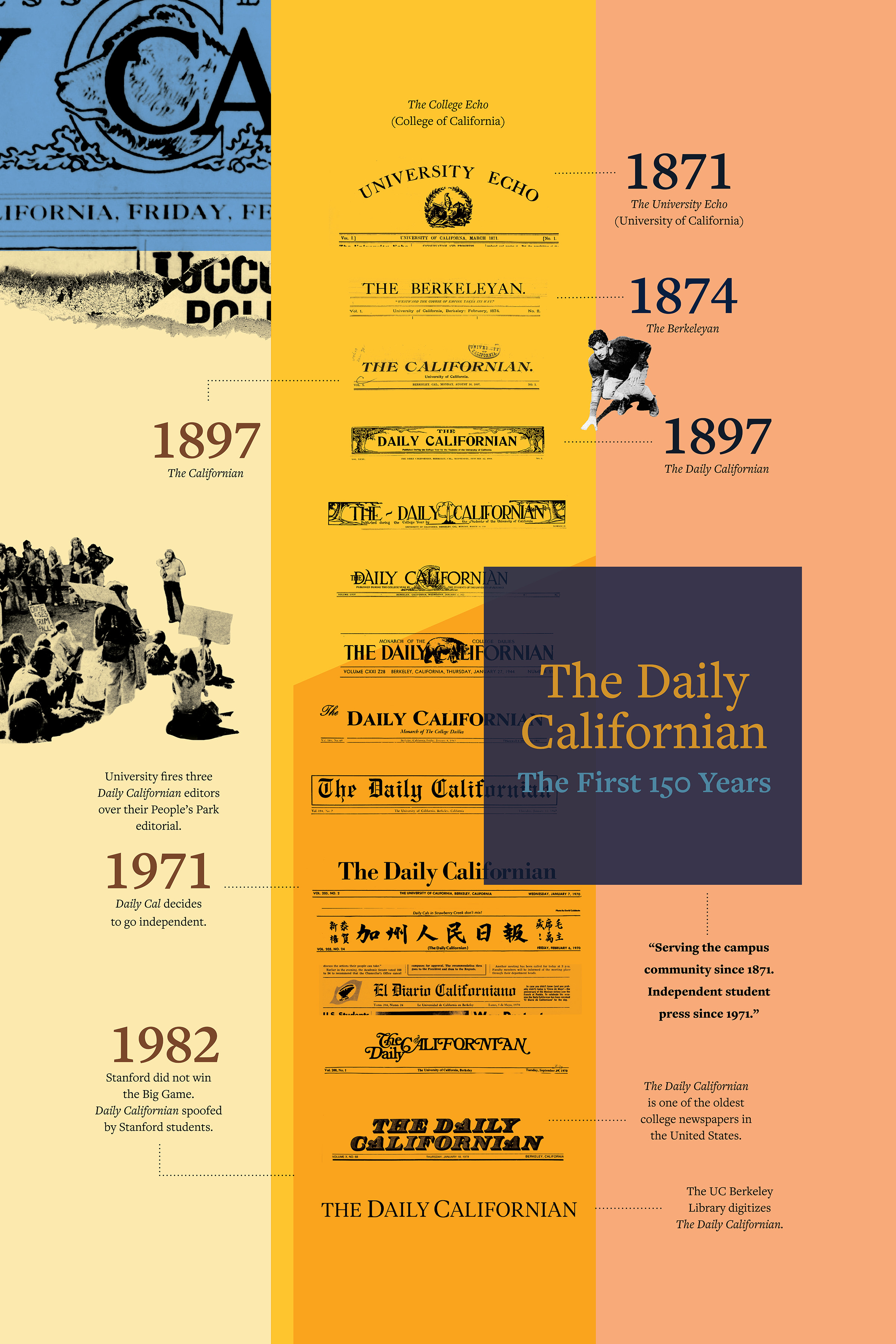