The Japanese Historical Maps Collection contains roughly 2,300 manuscript, woodblock, and copperplate maps of Japan and the world, ranging in date from the seventeenth century into the modern era. The core of the collection came from the maps and atlases originally collected by Mitsui Takakata (Sōken) 三井高堅宗堅 (1867-1945), ninth head of the Shinmachi branch of the Mitsui clan. The East Asian Library acquired the collection as part of a larger acquisition from the clan in 1950. The collection also includes a small number of maps originally belonged to Motoori Bunko 本居文庫, the library of the well-known family of the Kokugaku scholars founded by Motoori Norinaga 本居宣長 (1730-1801) and succeeded in Wakayama by Motoori Ōhira 本居大平 (1756-1833), Uchitō 内遠 (1792-1855), and Toyokai 豊穎 (1834-1913), those collected by Mitsui Takatatsu (Sōshin) 三井高辰宗辰 (1845-1922) and Dohi Keizō (Gakken) 土肥慶蔵鶚軒 (1866-1931), as well as those of unknown provenance (including these, all those maps that were not originally listed in Sōken shoshū chizu mokuroku 宗堅所集地圖目録 compiled by Mitsui Bunko are marked with * after the call number).

A portion of the collection was digitized by David Rumsey and Cartography Associates and has been available for viewing at the Japanese Historical Maps website since 2003. More recently, with CLIR funding (2016) the remaining maps produced before 1923 were digitized and all these digitized  maps have become available at the UC Berkeley Library Digital Collections. In addition, over 1,000 maps from the Japanese Historical Maps Collection are made available in Japanese Map Warper (you can view all those maps by searching "UCB" in Tags).

Arrangement of the Collection

To assist users to effectively navigate through vast amount of digitized maps available in the UC Berkeley Library Digital Collections, this guide offers concise bibliographic information of individual maps (e. g., call number, Romanized and Japanese titles, creators, production year, and physical description) and the links to the digitized maps classified in categories that were used in Sōken's maps collection.

See below for the organization of the entire collection and the call number ranges and the number of titles associated with each category. Within a category, titles are roughly listed chronologically, with the oldest appear at the top. For more detailed bibliographic information, search UC Library Search by call number (select "browse by other call numbers"): 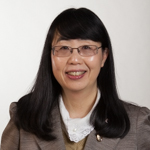