Text Collections
The Film Studies and Media Studies text collection supports teaching and research in the Film and Media Department, the Media Studies Program, the Graduate School of Journalism, and the exceptionally wide group of other humanities and social sciences disciplines interested in film and media as as art form and a cultural artifact.

Concentration of the Film & Media Studies collection is in the areas of film history, film theory, and film aesthetics as well as the analysis of mass media, with particular emphasis on electronic media such as television, radio, motion pictures, and evolving digital forms of communication. Emphasis is on the historical, cultural, and sociological impact of film and media.

Less comprehensive are the collections dealing with the economic aspects of film and media production and distribution, with film technologies and production techniques, and with the craft of film acting. Popular biographies of individual actors, directors, or film industry personalities, and popular works dealing with individual films are also collected sparingly.

The major part of the collection is located in the Gardner (MAIN) Stacks.

Media Resources Center
The UCB Library's Media Resources Center is one of the strongest collections of physical and streaming audiovisual content in a US academic library. The MRC collection includes a study-level collection of international cinema works, with particular strengths in contemporary and historical cinematic representations of race, ethnicity, and gender. The MRC non-fiction video collection covers all academic disciplines. The non-fiction collection includes one of the strongest collections of independently produced and/or distributed documentary works in the United States. More information about MRC... 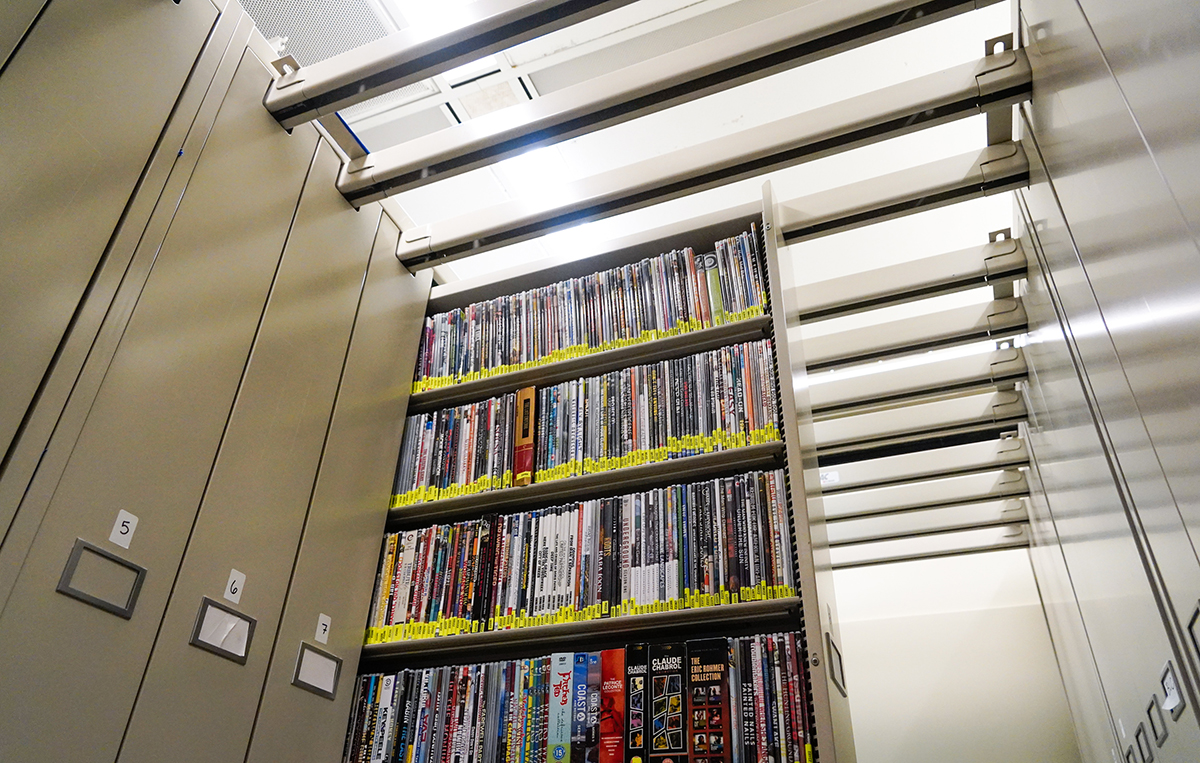