The Basic Local Alignment Search Tool (BLAST) finds regions of similarity between sequences. The program compares nucleotide or protein sequences and calculates the statistical significance of matches. BLAST can be used to infer functional and evolutionary relationships between sequences as well as help identify members of gene families.

There are also standalone and API BLAST options as well as pre-populated specialized searches available on the BLAST homepage linked above.

From sequence to protein and gene

Object: Starting with a sequence, identify the protein or gene and the source.

Example: From the following sequence (available at http://tinyurl.com/blastp-sequence, or copy the sequence below), identify the most probable protein and organism: 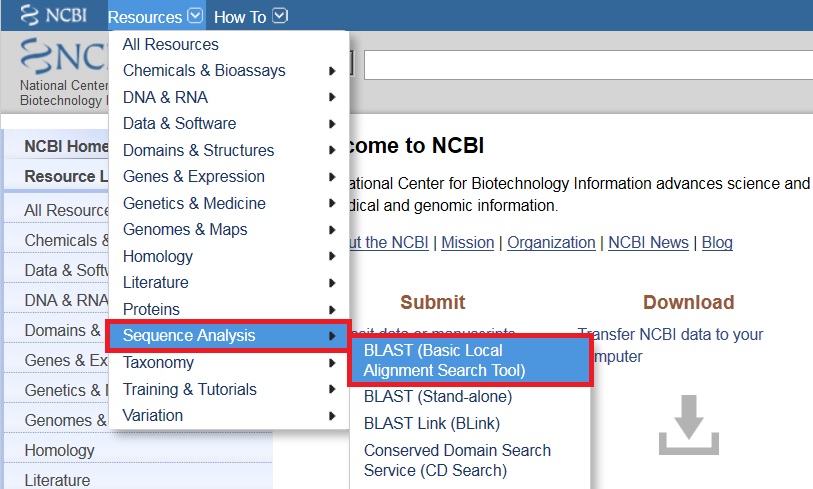 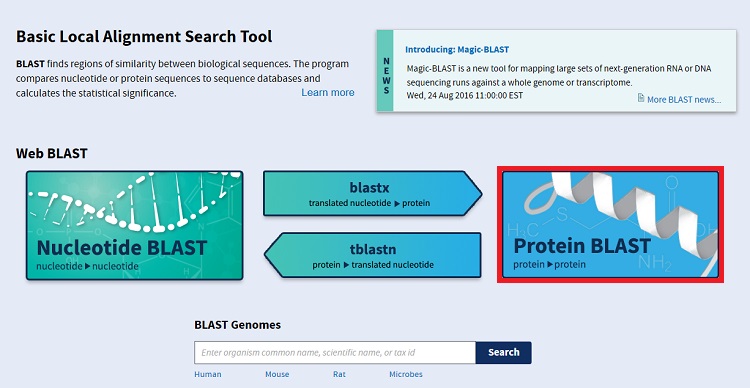 Enter the query sequence in the search box, provide a job title, choose a database to query, and click BLAST: 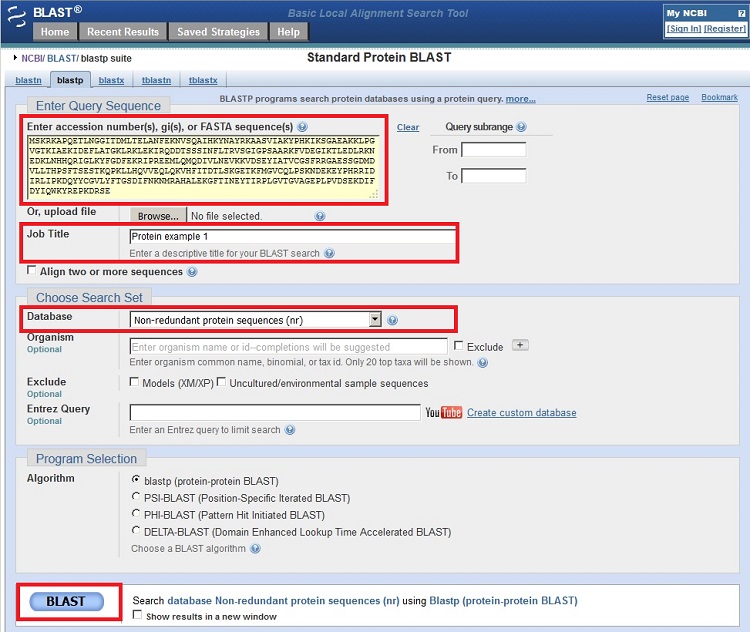 Under the Alignments tab next to Alignment view select Pairwise with dots for identities.

View the Descriptions tab to see a list of significant alignments. Note that the first match is a synthetic construct (that is, the sequence was computationally derived and is not associated with any organism):

Clicking on a protein name displays the pairwise sequence alignment and links to additional information about the protein and its associated gene (if available).

For the pairwise with dots for identities display, any differing amino acid in the subject sequence will be displayed in red:

To save your search queries and settings, click on the Save Search link, then log in to My NCBI using the Sign in or Register link at the upper right. Once you do this, your search strategies should appear in the Saved Search Strategies tab.

Object: Starting with two or more sequences, compare them and find the differences.

Example: In the NCBI database Nucleotide, enter the following search:

This will search for nucleic acid sequences from humans with the word "mitochondrion" in the title. Mitochondrial DNA is often used in evolutionary comparisons because it is inherited only through the maternal lineage and changes very slowly. 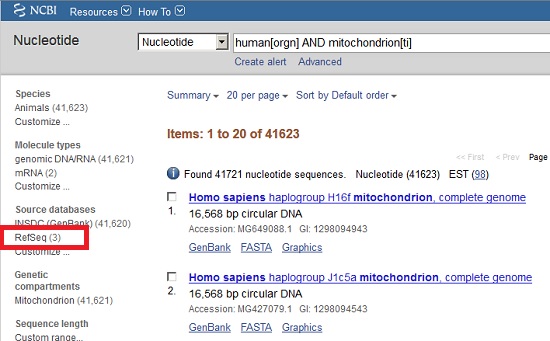 Limit the results to NCBI Reference Sequences by selecting the RefSeq limit under Source databases in the left-hand Filter menu. These are high-quality sequences that have been curated and annotated by NCBI staff.

There are three Reference Sequences for the mitochondrial genome in humans: one for modern humans (Homo sapiens), one for Neanderthals (Homo sapiens neanderthalensis), and one for Denisovans (Homo sp. Altai).

In the right-hand discovery menu under Analyze these sequences click Run BLAST.

This will open BLASTn, Nucleotide BLAST, and automatically add the accession numbers of these Reference Sequences into the Query Sequence box. 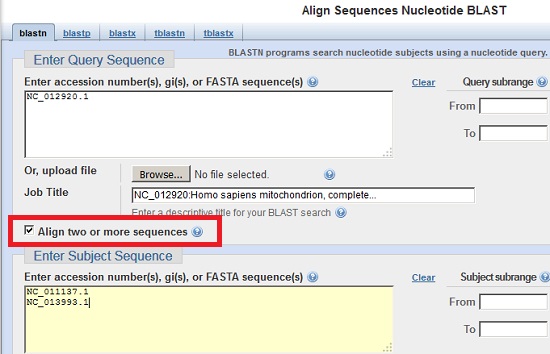 Enter a job title and click BLAST, leaving the other settings at their default options.

To see how the sequences differ and what the biological significance might be:

Note that there are two additional amino acids, M (methionine) and P (proline), at the beginning of the protein sequence in modern humans compared to Neanderthal. This is due to the substitution of T (thymine) at position 3308 in the modern human sequence for C (cytosine) in the analogous position in the Neanderthal sequence.

Now scroll down to the Denisovan result and look at positions 3308 and 3334 in the query sequence. Are there any differences in the Denisovan sequence at these positions?

To see how the species are related in evolutionary terms:

To which species, Denisovans or Neanderthals, are modern humans more closely related?