The exhibit features brief biographies of the four women featured in the book Hidden Figures. 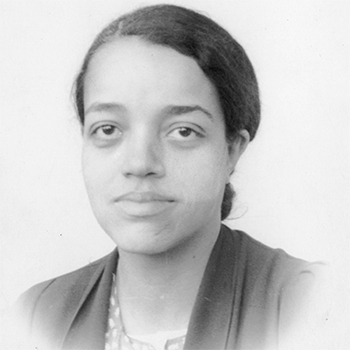 Dorothy Vaughan was a diligent student from modest origins; she earned a full-tuition scholarship to Wilberforce University in Ohio in 1929, earning a bachelor’s degree in mathematics. Although encouraged by her professors to continue her studies at Howard University, the economic realities of the Depression led Dorothy to choose the steady income of a high school math teacher over graduate school.

As the United States’ imminent involvement in WWII took shape, the machinery of war created a demand for aeronautics engineers. Flight research underway at the National Advisory Committee for Aeronautics (NACA) relied on a large support staff to process and analyze the numerical data created by the research. Jobs needed to be filled; President Roosevelt’s Executive Order 8802 desegregated the defense industry, opening a career path for African-American mathematicians and scientists.

Dorothy was one of the first black women hired at the Langley Memorial Aeronautical Laboratory at NACA in 1943, where she performed mathematical computations for engineers conducting wind tunnel experiments. In 1949 she gained recognition as the first black woman promoted to a managerial position.

Perhaps most impressively, Dorothy anticipated the introduction of “digital” computers (machines, rather than humans) in the early 1960s by teaching herself and her staff the FORTRAN programming language. Her expertise in programming earned her a position in the Analysis and Computation Division, where she collaborated on the SCOUT Launch Vehicle Program.

Dorothy spent the final years of her career alongside fellow NASA mathematicians Katherine Johnson and Mary Jackson, assisting on the mission that sent John Glenn into orbit. She retired from the agency now known as NASA in 1971. 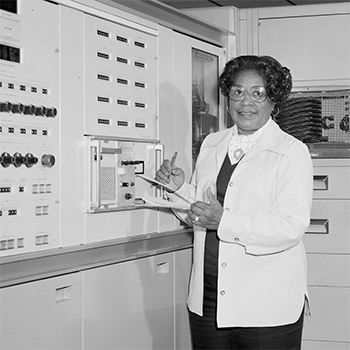 Mary Jackson excelled at academics from an early age, graduating from Hampton Institute with a dual degree in mathematics and physical sciences in 1942. Following a series of teaching and administrative positions, she began work as a mathematician at the Langley Memorial Aeronautical Laboratory (NASA’s first aeronautics research center) in 1951. Known as “computers,” many mathematically-adept women were hired to perform calculations and plot data from tests in Langley’s wind tunnels and research divisions.

Mary’s particular talents were recognized by an engineer who worked in the Supersonic Pressure Tunnel at NASA, Kazimierz Czarnecki. When he suggested she enter a training program that would allow her to earn a promotion from mathematician to engineer, Mary was ready. Despite roadblocks encountered due to the segregation laws of the time, she attained the advanced education required and became NASA’s first black female engineer in 1958, in an era when female engineers were a rarity in any field.

Mary spent over 30 years at NASA, authoring and co-authoring many research reports in her role as engineer, and eventually becoming a manager in Langley’s Federal Women’s Program in the NASA Office of Equal Opportunity Programs, and of the Affirmative Action Program. From this position Mary was able to influence both the hiring and promotion of women on career paths in math, engineering and science at NASA. 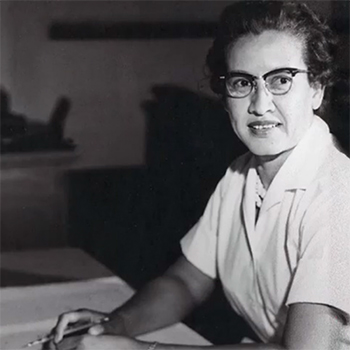 Katherine Johnson was born with an exceptional intellect and a gift for mathematics. She graduated from West Virginia State College in 1937 at age eighteen, with degrees in Math Education and French. Two years later she entered West Virginia University as a graduate student, one of just three black students to attend (and first to integrate) the all-white school.

In 1952 Katherine took a job at the Langley Research Center of the National Advisory Committee for Aeronautics (NACA), the precursor to NASA. She excelled within a workforce of female number crunchers who analyzed data and performed mathematical calculations for the research taking place at NACA. With the Soviet Union’s launch of the first satellite in 1957, Katherine’s aptitude for analytic geometry cemented her role in the burgeoning field of space exploration.

During her long and distinguished career, Katherine authored and co-authored 26 research papers, computed the trajectory analysis for NASA’s first manned spaceflight, and verified the orbital equations controlling the path of John Glenn’s Friendship 7 spacecraft. She calculated the trajectory for the 1969 Apollo 11 flight to the moon, and was instrumental in synching the Lunar Lander with the moon-orbiting Command and Service Module. She was involved in the Space Shuttle program and Earth Resources Satellites, as well as early planning for a mission to Mars.

Katherine Johnson retired from NASA in 1986, the recipient of numerous awards and honors for her invaluable contributions to the space program at NASA. Her impact as a role model for women in the sciences (and black women in particular) continues to be felt; she was awarded the Presidential Medal of Freedom in 2015 at age 97. 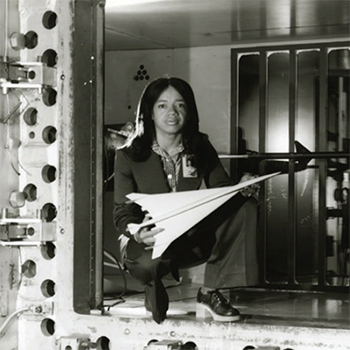 Daughter of a schoolteacher, Christine Darden was encouraged to take her education seriously from a young age. After graduating from high school as class valedictorian, she received a scholarship to attend Hampton University where she earned a B.S. in Mathematics. Her education continued at Virginia State College, where she gained her M.S. degree in applied mathematics while working as a research assistant and studying aerosol physics. Her academic career culminated with a doctorate degree in mechanical engineering from George Washington University in 1983.

Christine began her career at Langley Research Center as a data analyst and computer programmer in 1967, soon after completing her M.S. degree. Her advanced education led to a promotion as aerospace engineer in 1973, at a time when very few women were employed as engineers at NASA. In this role, she began a long career of research into the science of supersonic and hypersonic aircraft, focusing on aeronautical design and sonic boom prediction and minimization. She authored more than 50 papers on this subject during her time at NASA.

Christine was the first African-American woman at NASA to be promoted to a senior executive position. In 1989, she became the technical leader of the Sonic Boom Group; a decade later she became a director in the Program Management Office of the Aerospace Performing Center, where she oversaw air traffic management research and aeronautics programs at other NASA centers. In a career spanning 40 years, Christine Darden’s impact at NASA was significant and lasting; she retired from her post as director of the Office of Strategic Communication and Education in 2007, the recipient of numerous awards for technical achievement and outstanding performance.