This guide accompanies the Charlene Conrad Liebau Library Prize 2016 Exhibit featuring prizewinner Andrea Ikeda's paper Cowboys, Indians, and Aliens: White Supremacy in the Klamath Basin, 1826-1946.
Ikeda’s research led her deep into the archives as she pored over personal journals and studies written by incarcerated Japanese American researchers, confidential reports by War Relocation Authority administrators, community publications written behind barbed wire, and more. These headlines, published in the local newspapers of the Klamath Basin, represent a small portion of the articles she analyzed, and give a glimpse into the reactions and attitudes of the area’s white residents to the so-called “Japanese Problem” in their midst.

Below are some of the historical newspapers that provided the basis of Ikeda's research. Click on the image to zoom. 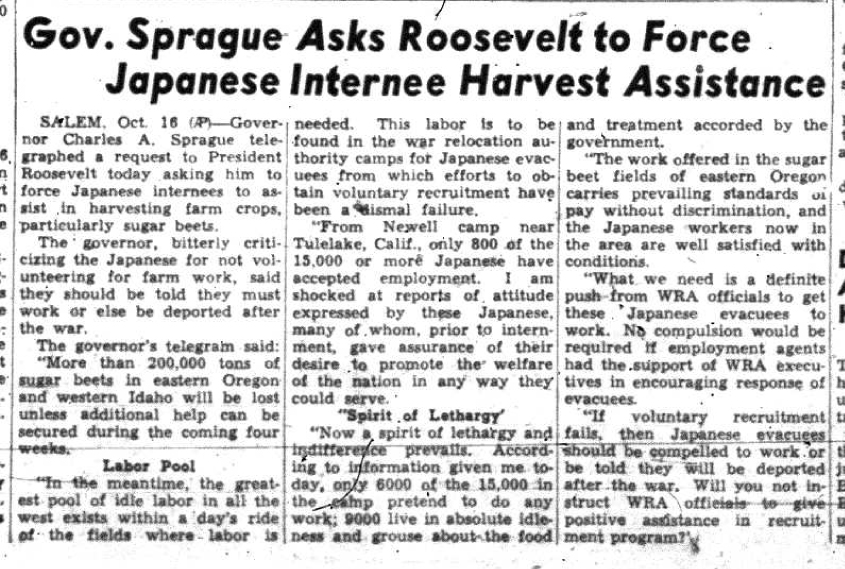 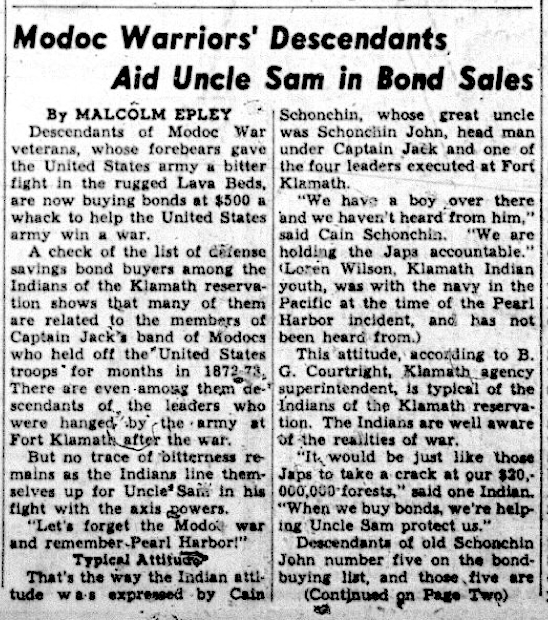 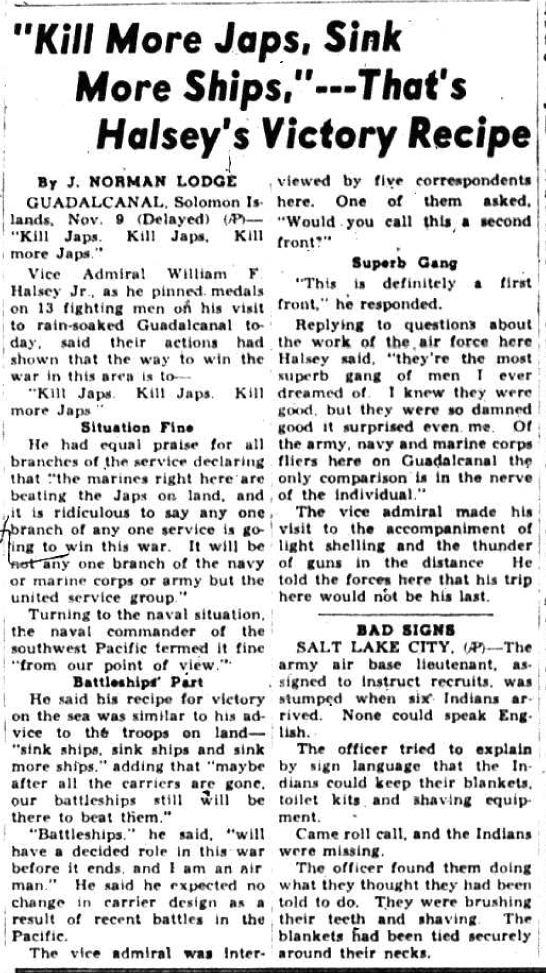 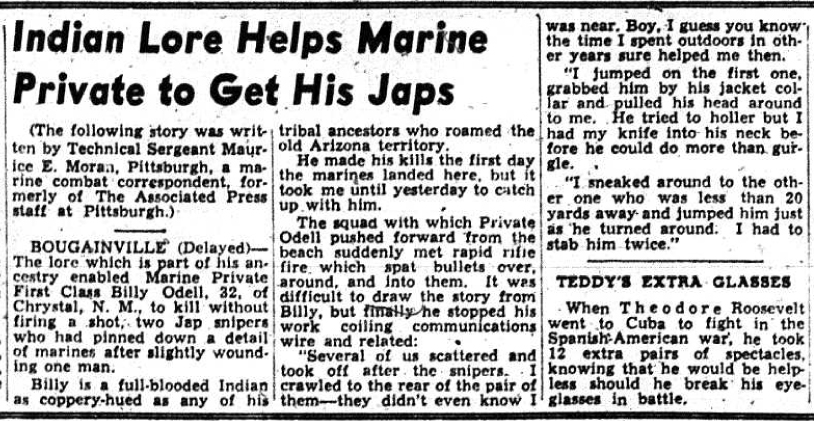 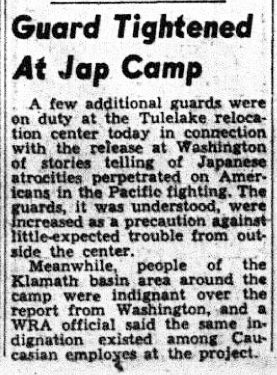 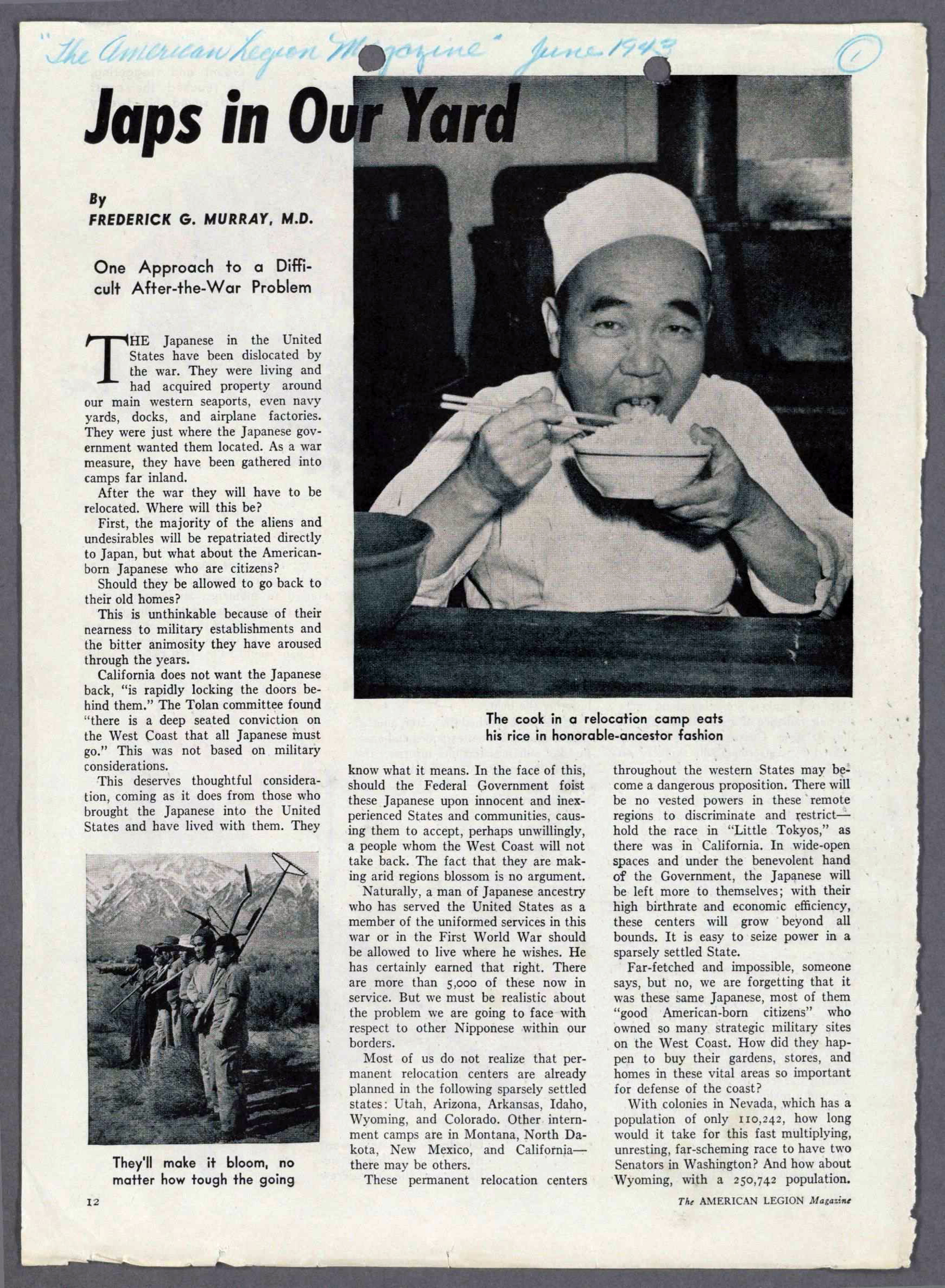 From The Bancroft Library: "JARDA is a digital "thematic collection" within the CDL's OAC documenting the experience of Japanese Americans in World War II internment camps. Curators from the eight participating OAC members selected a broad range of primary sources to be digitized, including: photographs, documents, manuscripts, paintings, drawings, letters, and oral histories. Over 10,000 digital images have been created complimented by 20,000 pages of electronic transcriptions of document and oral histories."

View the digital collection on Calisphere!