Chinese studies (pre- 1949): About the collection

This is a general subject guide for graduate students or undergraduate students in upper division who are enrolled in the Chinese studies program, or for those who take classes and/or have research interest on pre- 1949 China (especially Sinology).

The origin of the C. V. Starr East Asian Library's Chinese collection can be traced to the deposit in 1896 of the private library of John Fryer (傅兰雅), the University’s first holder of the Agassiz Chair of Oriental Languages and Literature. With addition of the other gifts, such as the library of Kiang Kang-hu（江亢虎), the Horace G. Carpentier Endowment and the collection of E. T. Williams, the size and scope of the collection has expanded over the years. The Chinese collection now includes nearly 600,000 volumes and over 1,300 current periodical titles in print. Purchased or subscribed electronic resources on Chinese studies are a valuable addition to the collection. Print and electronic resources at C. V. Starr support the teaching and research needs of the Berkeley campus in all areas of Chinese studies across the social sciences and humanities. The strength of the collection lies in its Chinese classics and works relating to the history, literature, philosophy, religion and art history of China. Materials on China that are written in western languages are located in the Gardner (Main) Stacks of the Doe Library and other subject libraries on campus.

John Fryer Collection: This collection consists of over 2,000 volumes on Chinese history, philosophy and classics, which are mostly 18th and 19th century imprints. It also contains some of Fryer's translations of Western scientific and technological works, and original manuscripts submitted by contestants in a novel writing contest Fryer organized in 1895, which were published recently as a 14-volume 清末時新小說集 (2011).

Chinese rare book collection: It contains over 800 titles in over 11,000 volumes dated before 1795, including 43 titles printed during the Song (960-1279) and Yuan (1271-1368) Dynasties, and manuscripts that were hand copied by well-known scholars. 41 titles of the Song Yuan rare books have been reprinted in China. 柏克萊加州大學東亞圖書館藏宋元珍本叢刊 (2014). The East Asian Library has published a Chinese rare book catalog 柏克萊加州大学東亞圖書館中文古籍善本書志 (2005), A relatively comprehensive catalog of the Chinese books (pre-1912) is published in 2017.

The Stone and Bronze Rubbings: The collection includes more than 2,000 items of fine model copybooks of Chinese calligraphy and stone rubbings. A two volume catalog 柏克萊加州大學東亞圖書館藏碑帖 was published by the East Asian library in 2008. The library also purchased a collection of rubbings compiled by the well-known Qing Dynasty antiquarian Chen Jieqi 陳介祺, entitled 簠齋存古餘錄.

Early Buddhist Scriptures: The East Asian library has acquired the Ho-Chiang Collection of Early Buddhist Scriptures, which contains woodblock and manuscript sutras that date from the 8th  to the 19th centuries. This collection was originally collected by Ho Kuang-chung and his wife, Chiang Chen-yu. The library also holds one outstanding volume of manuscript that was calligraphed by the Qing scholoar Qian Qianyi 錢謙益, which was a rare gift that it received from the grandson of Chiang Ju-tsao 蔣汝藻, owner of the fine private library 密韻樓.

Paul Fonoroff Film Collections for Chinese Film Studies: This collection was acquired by the C.V. Starr East Asian Library in 2015. Now it is the largest and most comprehensive Chinese film studies collection in North America. It contains  over-70,000 periodicals, posters, photographs, and ephemera. 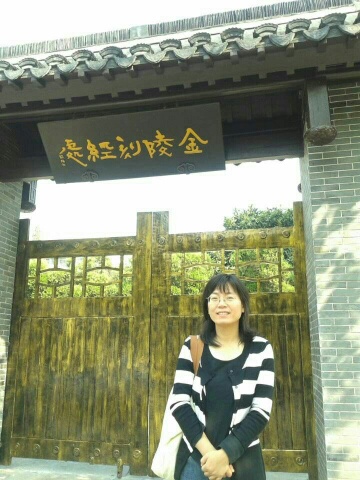 This list contains monographic titles cataloged or recataloged within the previous 60 days.

You can find announcement of current and upcoming events (lectures, talks, workshops, conferences) on Chinese studies from the website of the Center for Chinese Studies.