Browse library materials for the study of literature in English

This extensive list of local collections was put together by the Director of Undergraduate Studies, Scott Saul to help those undergraduate or graduate students interested in pursuing local archival work. Thank you, Professor Saul!

Select "Advanced Search" at the right side of the searchbar. Choose "UC Berkeley special collections and archives." Enter your keywords. Run your search to get a quick peek of available items.

Note: Most of these items will be available for use in the archives only. Advance planning is a good idea. See our section below on "Visiting the Bancroft Library" for tips. 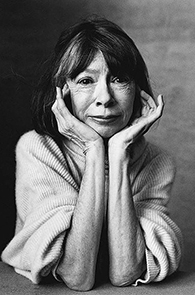 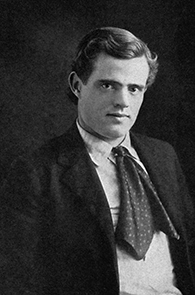 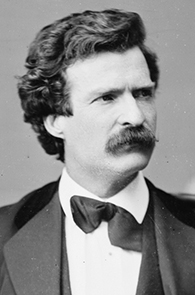 Gertrude Atherton — 10.4 linear feet; correspondence, manuscripts, clippings from this protégée of Ambrose Bierce, a crucial figure in the history of California-based literature; also the author of the important horror story “The Foghorn."

Richard Brautigan — 15.9 linear feet; notebooks, poetry, and personalia from this popular 1960s and 1970s poet whose work was touched by Surrealism.

Joan Didion — 7.5 linear feet; manuscripts and correspondence dating back to her early twenties, from a crucial postwar essayist (Slouching Toward Bethlehem, The White Album, The Year of Magical Thinking) and novelist (Play It As It Lays).

William Everson — 44.5 linear feet; correspondence, manuscripts, notebooks from this poet (also known as Brother Antoninus) of the San Francisco Renaissance, a precursor to the Beat Generation sometimes known as the “Beat Friar.”

Thom Gunn — 19 linear feet; correspondence, diaries, scrapbooks, notebooks, manuscripts from this acclaimed British poet (My Sad Captains, The Man With the Night Sweats), part of “The Movement”; taught at Berkeley in the 1970s and 1980s and was part of the Gay Liberation movement.

Thomas Hardy — 1 linear foot; correspondence, manuscripts of some poems and playscripts, from the lodestar British Victorian novelist and poet.

Bret Harte — 1.5 linear feet; letters and some manuscripts written from this humorist and short story writer, a contemporary of Mark Twain and a fellow Southwestern writer.

Jack London — 4 boxes and 1 folder; letters, a few manuscripts, some photographs from the popular journalist and novelist (Call of the Wild), the first American writer born into poverty who became a millionaire through his writing.

Harriet Martineau — 8 linear feet; mainly correspondence, some manuscripts, from this philosopher and economist who was at the heart of Victorian literary and social life; a strong advocate for anti-slavery positions, a feminist forerunner, and an advocate for new approaches to child-raising.

Michael McClure — 31 cartons, 53 boxes; notebooks, manuscripts, artwork, some personal papers from this poet-playwright of the San Francisco Renaissance (The Beard).

Seán O'Faoláin — 6 linear feet; mostly drafts and revisions of the short stories of this important Irish fiction writer, active from the 1930s through the 1970s.

Stephen Spender — unpublished manuscript journal (1937, 1940s) and a diary (1975) from this important friend and contemporary of W.H. Auden, a leading literary figure in Britain from the 1930s through the 1980s.

Mark Twain — the largest collection of Twain documents; manuscripts of the major works; half a million letters between Twain and various correspondents; many materials related to Twain as author, 3 lecturer, celebrity, political essayist, etc.

Philip Whalen — about 30 linear feet; notebooks, poems, correspondence, artwork and personal papers of this Beat poet who was also a Buddhist monk and helped popularize Buddhism in America.

Gold Mountain Ballads Collection (1828-1924) — texts of folk ballads, songs, and poetry, written by literary men in San Francisco's Chinatown, and relating to various aspects of life in the U.S., including exclusion and detention on Angel Island.

Visit the Bancroft: Full guidance on how to prepare for your visit, find sources, and what to expect when you arrive. 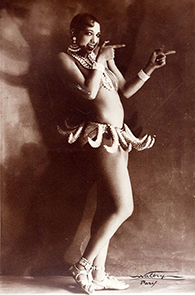 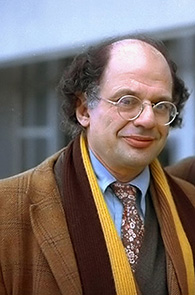 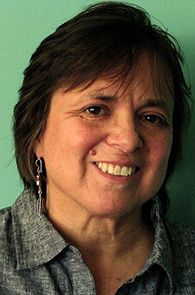 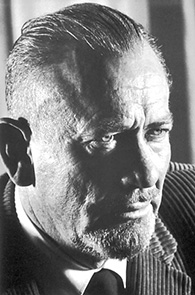 Peter Coyote — 55 linear feet; correspondence and materials from this writer, director and performer, part of the SF Mime Troupe (1965-1967) and founding member of the San Francisco Diggers (1967-1970), an important countercultural anarchist theater collective.

San Francisco Mime Troupe — 77.4 linear feet; original and adapted scripts, financial records, photographs, A/V items, correspondence, etc. from one of the premiere theater groups to emerge from the ferment of the 1960s; not a mime group but a troupe that has specialized in political music-theater.

Robert Creeley — 443 linear feet; all known work from this supremely influential postwar American poet, who crossed the Black Mountain and Beat schools and served as an inspiration to the Language Poets.

Dime Novel and Penny Dreadful Collection — a collection including 8500 ‘dime novels’ and boys papers; and 3500 copies of story papers dating from the 1850s to the 1910s. Also includes examples of British commercial mass market fiction.

Barry Gifford — 16 boxes; manuscripts, personal notebooks, correspondence from the poet-biographer-novelist, author of Wild at Heart and other neo-noir novels; collaborated with David Lynch on Wild at Heart and Lost Highway.

Allen Ginsberg — 1200 linear feet; a abundance of materials on a great figure of postwar American poetry; diaries, notebooks, journals, manuscripts of the major poems, political files, etc.; includes 88,000 photographs (Ginsberg was a prolific photographer and documentarian of his own circles).

Hawthorne Family Papers — extensive collection of the letters, journals and sketch books of Sophia Peabody Hawthorne, Nathaniel Hawthorne’s wife; of their daughter Rose Hawthorne Lathrop (poet, memoirist, humanitarian); and of their son Julian Hawthorne (though his materials are primarily owned by the Bancroft).

Ernest Hemingway — 1.25 linear feet; includes 31 personal letters to a writer working on Hemingway’s life and career; and a repository of Hemingway manuscripts and documents.

Fanny Howe — 12.5 linear feet; manuscripts and family papers from this hard-to-categorize poet-novelist of the avant-garde, whose work often tackles the difficult course of women, families and the spirit in contemporary America.

Arturo Islas — 18.5 linear feet; manuscripts and papers from this acclaimed Mexican-American novelist (The Rain God), the first Chicano in the US to earn a doctorate in English and an openly gay man.

Denise Levertov — 148 linear feet plus 30 unprocessed cartons; personal papers, manuscripts, and photographs from an important postwar poet, affiliated with the Black Mountain school (and Stanford), and an important poet-activist during the 1960s.

D.H. Lawrence — .75 linear feet; letters between Lawrence and Lady Ottoline Morrell and others, describing visitors and trips; some poems and manuscripts.

Tillie Olsen — over 26.5 linear feet; manuscripts and personal papers from this formally inventive novelist (Yonnondio), short story writer and feminist critic, who served as a bridge between the radical working-class writing of the 1930s and the feminism-shaped writing of the 1970s.

Toby Olson — 30 linear feet; manuscripts from this innovative poet-novelist, whose work is both experimental and accessible.

Irving Rosenthal — 23 linear feet; novelist and key editor of the Beat-affiliated writers through The Chicago Review and Big Table; affiliated with Paul Bowles, the experimental filmmaker Jack Smith; founder of the Kaliflower commune in the Bay Area.

Gil Sorrentino — 48.5 linear feet; correspondence, manuscripts and notebooks from this prolific, well-regarded but understudied poet and novelist, who brought the energies of Joyce and William Carlos Williams to postmodern American literature.

Wallace Stegner — manuscripts, research notes and correspondence from this key Western American novelist and environmentalist; also includes materials related to Stegner’s long-running administration of Stanford’s Creative Writing Program, one of the nation’s first and most prominent.

John Steinbeck — manuscripts, typescripts and galley proofs of major and minor pieces, including The Red Pony and Cannery Row; 1500 letters from Steinbeck to close friends, his third wife, his literary agent; also documentation related to the short film The Forgotten Village (1941).

Nathaniel Tarn — 100 linear feet; manuscripts of published and unpublished poetry and prose; notebooks from his anthropological fieldwork; correspondence; Tarn is an important voice of the ethnopoetics movement that brought the insights of anthropology to the realm of postwar poetry.

Eddie Woods Archive — a collection documenting an understudied, still largely undefined, expatriate circle of poets; Woods was a cultural impresario and artistic entrepreneur with ties to surrealism; includes materials from Paul Bowles, Bob Kaufman, and many of the principal Beat writers.

Gwendolyn Brooks:  Library of Congress, Prints & Photographs Division, [LC-USZ62-107993] under Fair Use, to provide visual identification of one or more specific individual(s), or an identifiable gathering of them for educational purposes, with no known representation under a 'free' license. Image has been cropped

Joan Didion: "Character..." by Tradlands under CC 2.0. Image has been cropped.

Allen Ginsberg: Ginsberg with his partner, poet Peter Orlovsky by Herbert Rusche under CC 3.0. Image has been cropped.