Interest in the environment and the conservation of natural resources in the American West began in the nineteenth century, as the United States government and its citizens attempted to explore and settle in their vast new territories. The Bancroft Library holds comprehensive documentation on government-sponsored surveys and scientific expeditions, many of which included noted explorers, scientists, artists, and photographers who captured baseline information about the West's physical characteristics. Moreover, Bancroft holds significant archival collections that chronicle efforts made by early conservationists to protect the West's natural wonders from being exploited into nonexistence, including correspondence, personal and professional papers, and legislative files. Many records reflect federal, state, and local government efforts, often working in tandem with environmentalists, to establish parks and forests and to monitor and carry out environmental laws.

John Muir was perhaps this country's most famous and influential naturalist and conservationist. He first visited Yosemite in the spring 1868, and became a lifelong advocate for its preservation. Muir launched a successful career as a writer beginning in 1874 with his series of articles entitled "Studies in the Sierra," and, in time would write and publish over three hundred magazine articles and twelve books on the importance of experiencing and protecting this nation's natural heritage. Muir was a founder of the Sierra Club and served as its first president, an office he held until his death in 1914. He was one of the earliest advocates of the national park idea and was instrumental in the creation of Yosemite and other national parks such as the Grand Canyon, Petrified Forest, Mount Rainier, and Sequoia. 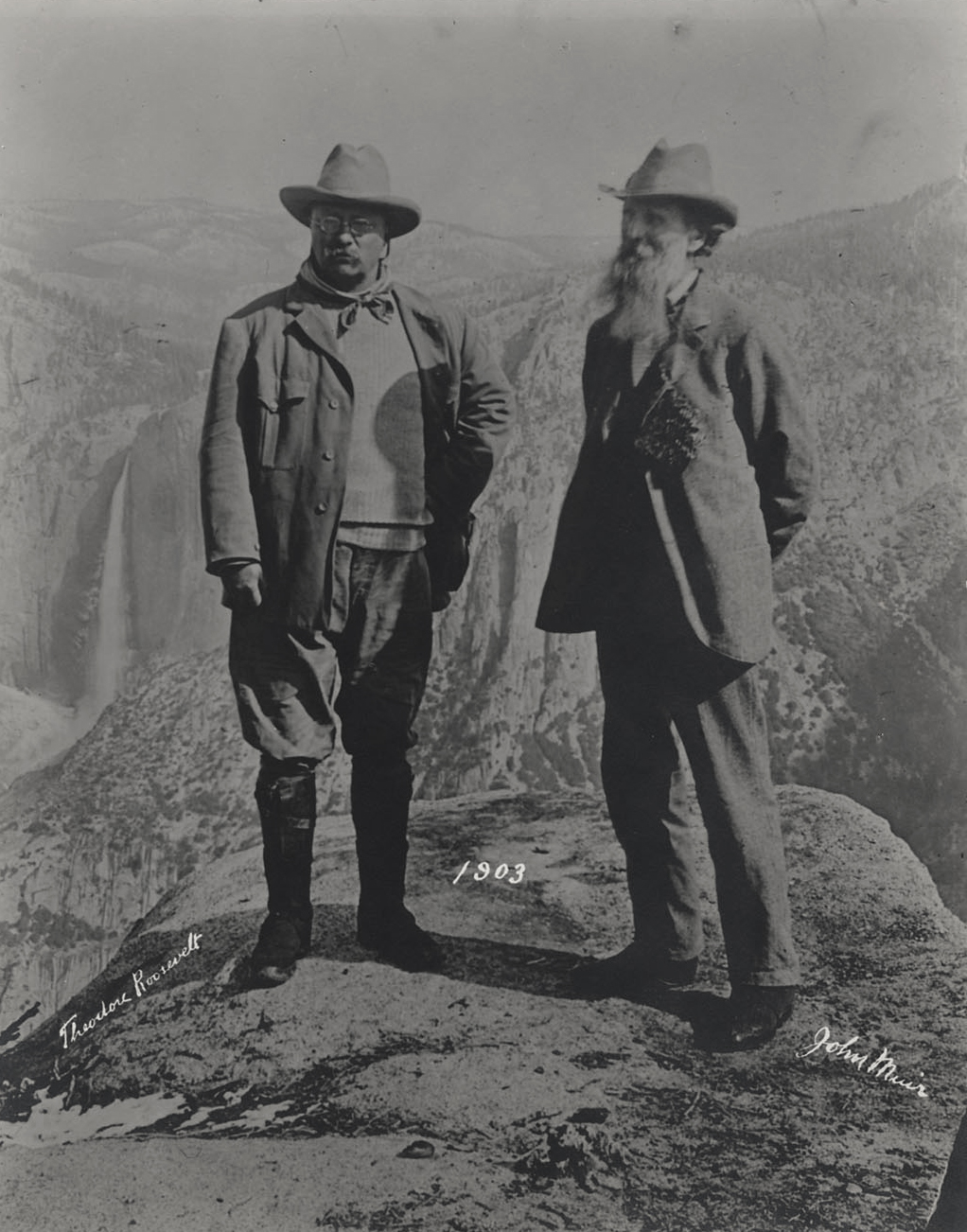 On May 28, 1892, John Muir and other like-minded wilderness explorers and visionaries founded the Sierra Club in San Francisco. There were 182 charter members composed of artists, scientists, university professors, explorers, and cartographers. Muir was elected as its first president, an office he held until his death in 1914. The Sierra Club's establishment was "for the purpose of exploring, enjoying and rendering accessible the mountain regions of the Pacific Coast, and to enlist the support and co-operation of the people and the government in preserving the forests and other features of the Sierra Nevada Mountains." The club became a notable organization for mountaineering and rock climbing in the U.S., and organized numerous outdoor recreation activities throughout the Sierra Nevada. More importantly, however, the Sierra Club engaged in political action to further nature conservation, its first campaign an effort to defeat a proposed reduction in the boundaries of Yosemite National Park.

Considered the oldest and largest grassroots environmental organization in the United States, the Sierra Club today has more than 700,000 members nationwide. The Sierra Club designated The Bancroft Library as its official archives in 1958 and is still actively adding to the collections. Regretfully, documentation for the early years is scarce, since the Sierra Club's office in San Francisco was destroyed in the 1906 earthquake and fire. 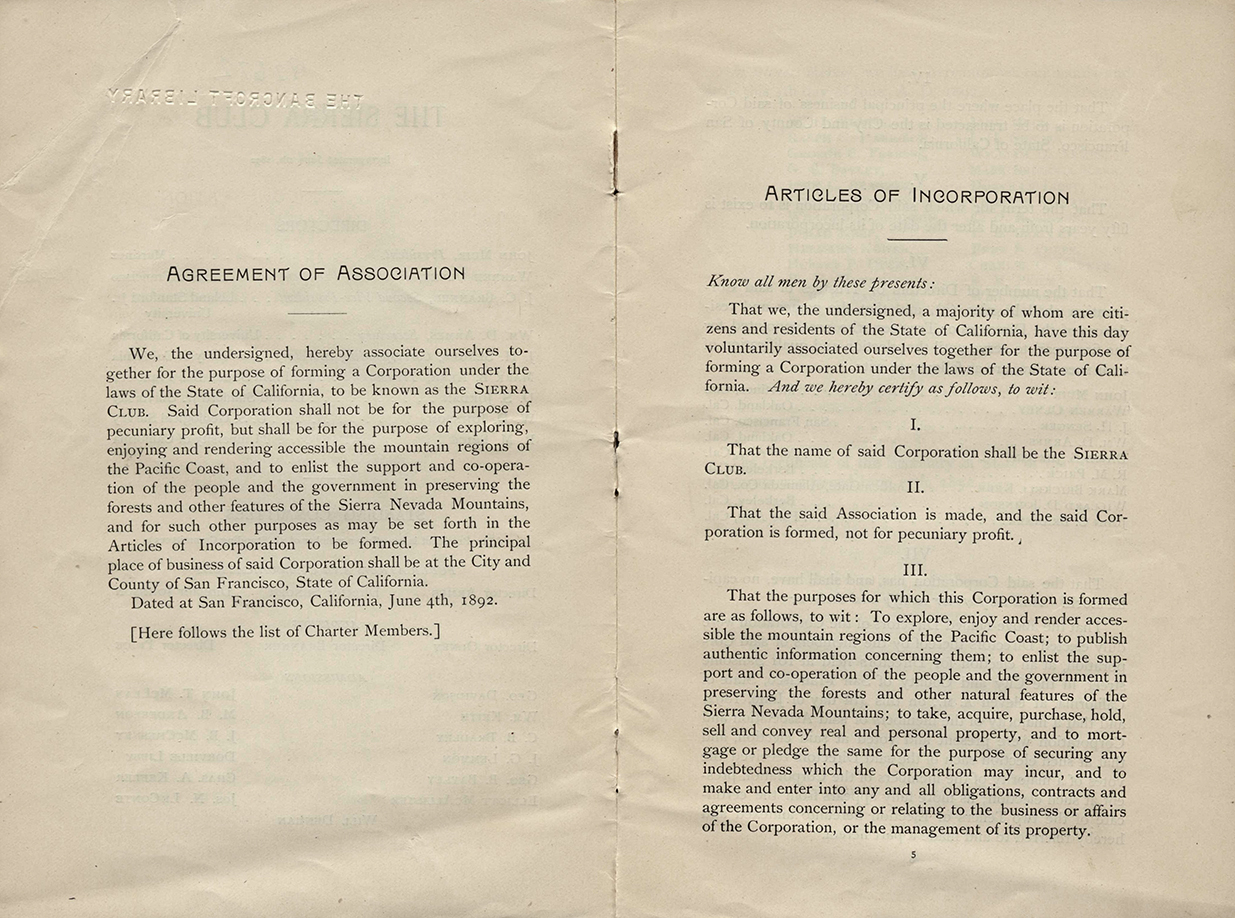 Congress made Yellowstone the first U.S. national park in 1872, and in the years that followed, several more national parks and monuments were added through the successful lobbying by conservationists such as John Muir. But up until the early 1900s, each national park and monument was independently controlled, resulting in uneven management, inefficiency, and a lack of direction. Varying overseeing agencies included the U.S. Department of the Interior, the U.S. Army, and state boards of commissioners. Finally on August 25, 1916, President Woodrow Wilson established the National Park Service through the National Park Service Organic Act, consolidating management of America's federal parklands under one agency.

In May 1917, Stephen Tyng Mather was appointed the first director of the National Park Service. Mather was a dedicated conservationist, a member of the Sierra Club, and friend and admirer of John Muir. He leveraged his new role to build a public relations and political lobbying campaign to create awareness of the parks and increase their size and number. As director, Mather promoted park access, development, and use and additionally contributed generously to the parks from his own personal fortune. He successfully created a professional civil service organization for the new agency, and established systematic criteria for adding new properties to the federal system. By the time he left office in January 1929 due to ill health, the park system included twenty national parks and thirty-two national monuments. 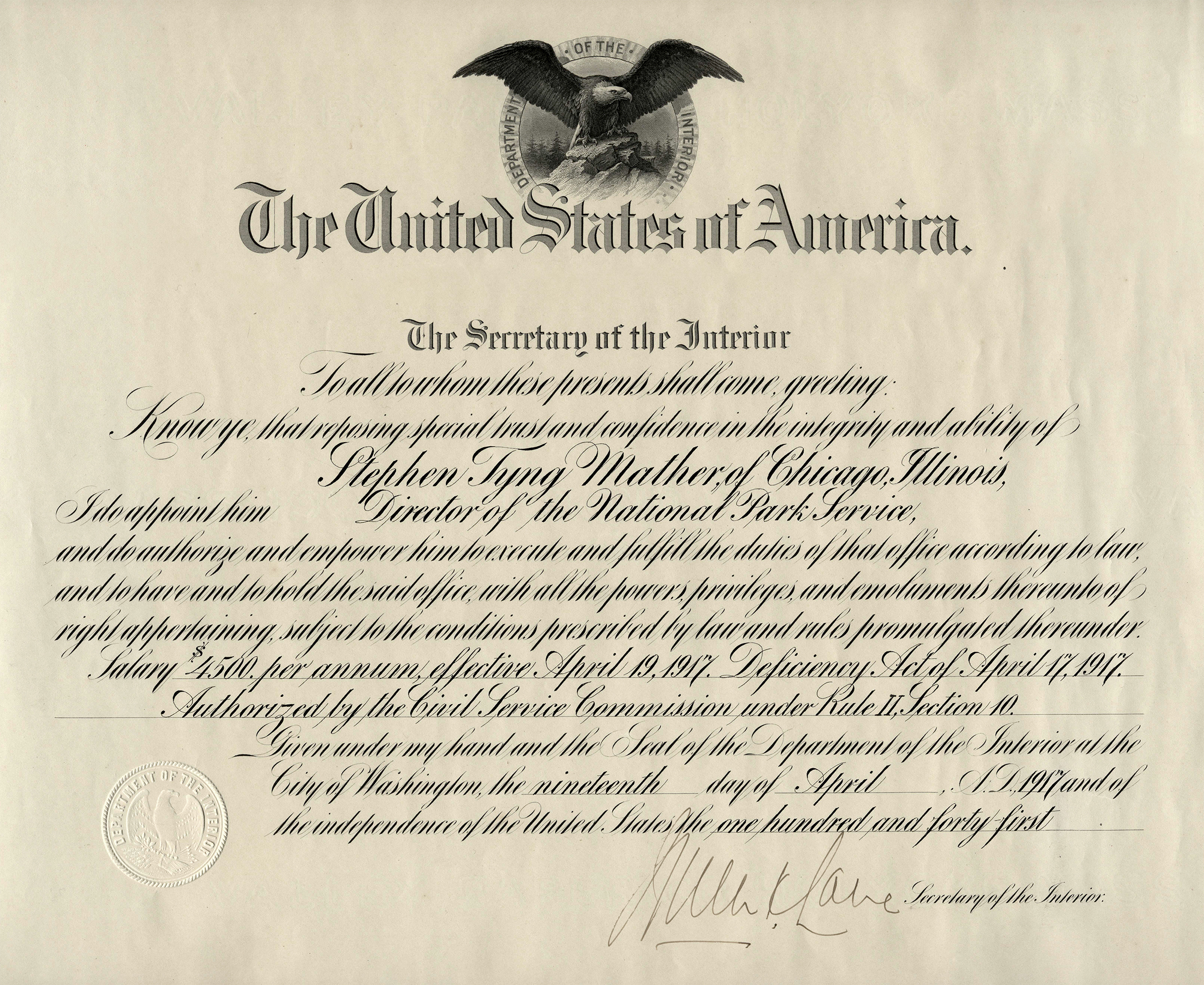 On June 30, 1864, President Abraham Lincoln signed the Yosemite Grant Act to protect land in the Yosemite Valley and the Mariposa Grove of giant sequoias, an area of roughly seven square miles. This was the first time the U.S. federal government set aside land specifically for preservation and public use, precedent-setting legislation that established the national park concept. Control of this land was granted to the state of California, but despite its protected status, Yosemite Valley was beset by overgrazing by livestock and widespread deforestation by logging operations.

In 1889, John Muir and Robert Underwood Johnson led the campaign for the creation of a national park that would surround Yosemite Valley and the Mariposa Grove, a move they hoped would better protect the fragile natural wonders within. Their efforts were rewarded on October 1, 1890 when Congress set aside over 1,500 square miles of land to establish Yosemite National Park under the Yosemite Act. Although this act protected the trees, minerals, and natural formations of the newly created national park, by then the third in the U.S., Yosemite Valley and Mariposa Grove remained under mismanaged state control and exploitation rampant.

John Muir and the fledgling Sierra Club continued to lobby the creation of a unified Yosemite National Park. A chance for victory happened when Muir accepted then President Theodore Roosevelt's request for a guided tour through Yosemite, resulting in a momentous three-day camping trip in the national park in May 1903 that left Roosevelt a captive, but willing, audience to Muir's pleas to ensure Yosemite's future. On June 11, 1906, President Roosevelt signed the Yosemite Recession Bill, under which California receded Yosemite Valley and the Mariposa Grove to federal control, finally unifying all of Yosemite under the protection and preservation efforts of government stewardship. 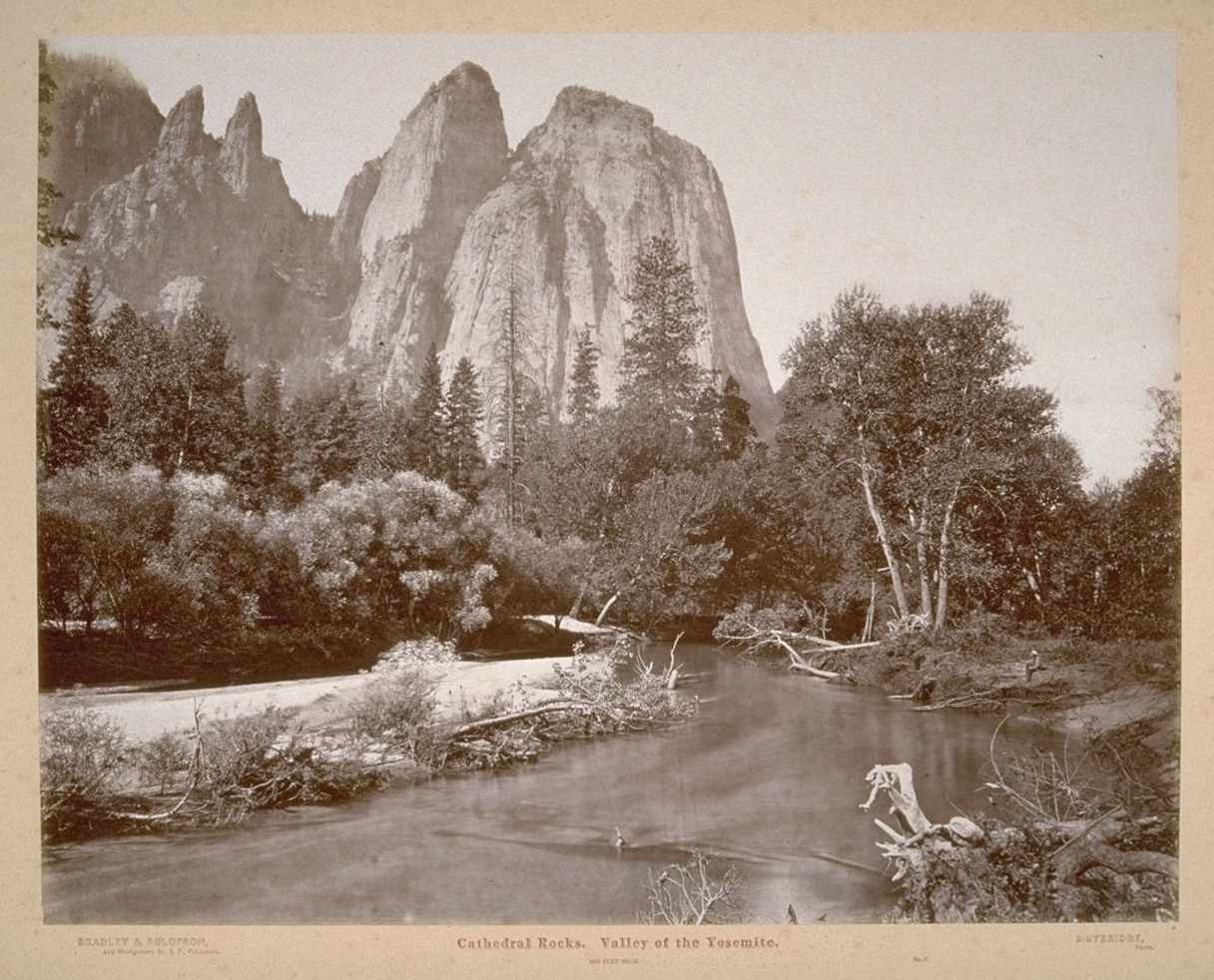 The glacier-carved Hetch Hetchy Valley in Yosemite National Park was renowned for its natural beauty of towering cliffs and cascading waterfalls and deemed by John Muir to be "a remarkably exact counterpart" to the Yosemite Valley. The region was part of the Tuolumne watershed, fed by the Tuolumne River and numerous tributary streams, its source a glacier on Mount Lyell. Unfortunately, the same features that made Hetch Hetchy Valley so spectacular also made it an ideal location for a dam and the valley itself a reservoir.

The fast-growing city of San Francisco, facing a chronic water and power shortage, proposed building a dam in the Hetch Hetchy Valley to provide a steady water supply and repeatedly sought water rights beginning in 1901. The city's continued efforts were rebuffed due to the region's national park status, until the devastating earthquake and fire of 1906. Backed by a sense of urgency and buoyed by public sympathy, San Francisco again applied for rights in Hetch Hetchy in 1908. Between then and 1913, Congress debated whether to give the city the right to dam the valley or preserve it from development. The contested fate of the Hetch Hetchy Valley drew nationwide attention thanks to efforts of John Muir and Will Colby of the Sierra Club who spearheaded one of the first grassroots lobbying attempts of getting citizens to contact elected officials for the cause. Hundreds of individuals and organizations from across the country submitted petitions to Congress regarding the valley, bearing witness to the birth of environmental activism as citizens weighed in, expressing multiple opinions about the proper use of federally protected land, as well as the relationship between local interests and national values.

On December 19, 1913, President Woodrow Wilson signed the Raker Act, authorizing San Francisco to construct a dam and reservoir on the Tuolumne River in Hetch Hetchy Valley in Yosemite National Park. Work on the Hetch Hetchy Project began in 1914, and the O'Shaughnessy Dam was completed in 1923 with the entire valley floor flooded that May. In 1934, the first Hetch Hetchy water was delivered to San Francisco. Although John Muir and the Sierra Club lost this battle, the damming of the Hetch Hetchy Valley raised public awareness about the importance of preserving nature and helped justify the creation of the National Park Service in 1916. 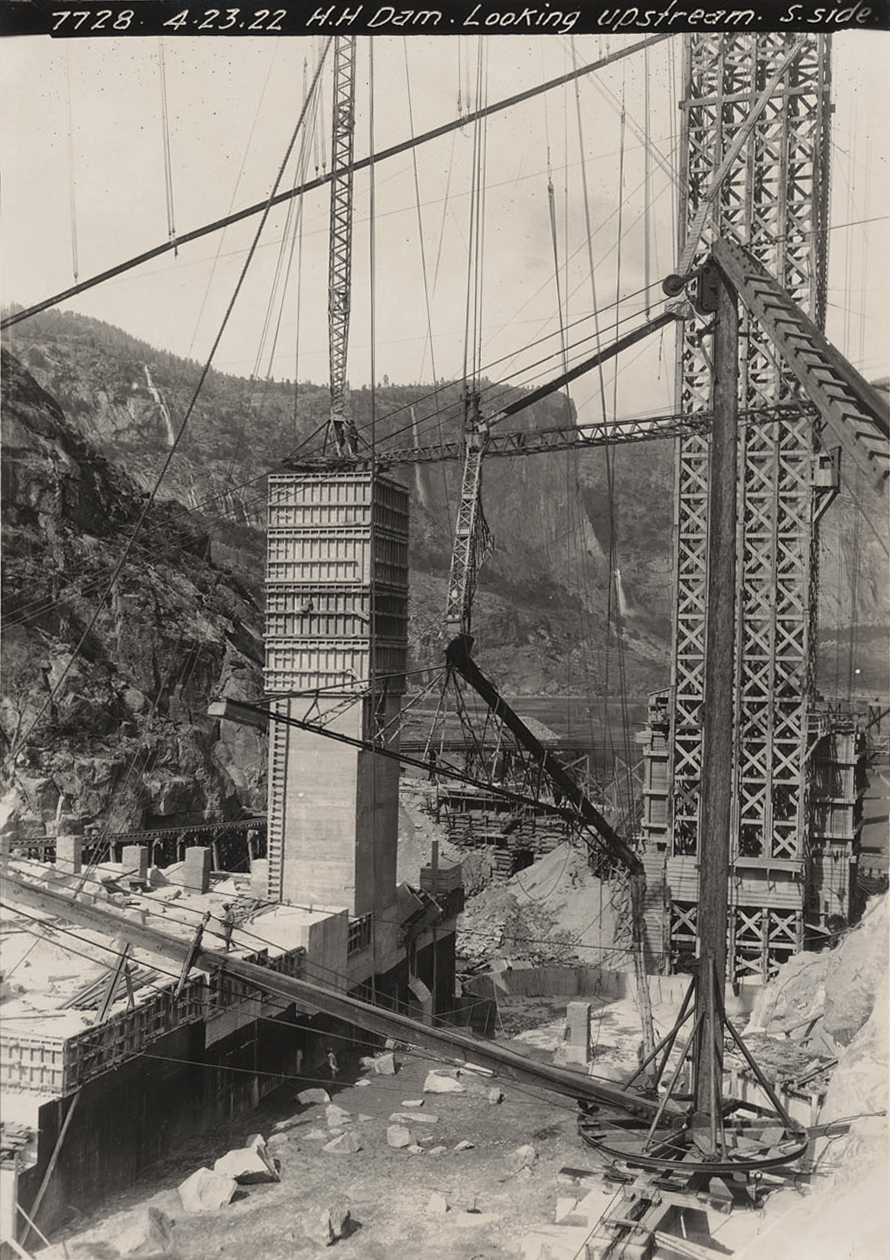 This 51-reel microfilm collection brings together some 11,000 unpublished items written by John Muir and some related papers authored by Muir's contemporaries from repositories throughout the United States, including The Bancroft Library.
► Collection Guide (via Proquest)

This collection contains letters from and to John Muir, most of the correspondence relating to his interest in conservation and Yosemite National Park. Notable corespondents include Ralph Waldo Emerson, William Edward Colby, and Robert Underwood Johnson. The material has been microfilmed as part of the John Muir Papers Microform Project under call number BANC MSS 86/212 FILM

The records form one of the largest and most comprehensive collections of environmental records in the United States. The Club designated The Bancroft Library as its official archives in 1958, and the organization began transferring records from the San Francisco office to the Library on a regular basis in 1970. A very wide range of record types are included in the collection, including correspondence, minutes, agendas, reports, by-laws, financial records, scrapbooks, sample ballots, notes, rosters, action alerts, statements and testimony, press releases, clippings, and policy statements. Documentation for the early years is scarce, since the Club's office in San Francisco was destroyed in the 1906 earthquake and fire.
► Collection Finding Aid

This collection spans Colby's life-long connection with conservation. He was the first Secretary of the Sierra Club, and later served as its president. Of interest is material relating to the Sierra Club, John Muir, Yosemite, and the Hetch Hetchy controversy.
► Collection Finding Aid

Stephen Mather was the first director of the U.S. National Park Service, and his collection contains correspondence, scrapbooks of clippings, and other material relating primarily to his last years with the Service.
► Collection Finding Aid

Sovulewski was supervisor of Yosemite National Park from 1906 to 1916, when he became special ranger and acting superintendent. He served as general foreman, administrative, from 1917 to 1920 after which he was appointed park supervisor, the position he held until his retirement in 1936.

This collection documents Underwood's interests in California and conservation. Of note are materials on the Hetch Hetchy controversy along with 146 letters from John Muir.
► Collection Finding Aid

This collection contains letters written mostly to William Edward Colby in his role as Sierra Club Secretary concerning actions to prevent the flooding of the Hetch Hetchy Valley by the city of San Francisco.
► Collection Finding Aid (contains downloadable pdfs)

This collection covers Work's time as a US Senator representing California from 1910 to 1917. Of interest are his files on Hetch Hetchy Valley legislation.
► Collection Finding Aid

This collection consists of materials relating to O'Shaughnessy's career as a civil engineer, working first as a consultant in private practice, and later as City Engineer of San Francisco. He is best known for his role in developing the Hetch Hetchy water system.
► Collection Finding Aid