The Bancroft Library has significant pictorial and graphic holdings documenting the environmental movement in the West. Consisting primarily of photographic negatives and prints, other formats also include paintings, prints, drawings, posters, and advertising memorabilia. While there are stand-alone pictorial collections, many of the personal, organizational, and industry archives have a companion pictorial component that is cataloged separately.

In 1867, the U.S. Congress authorized western explorations that focused on geology and natural resources in the lands gained by the Louisiana Purchase in 1803 and the Mexican-American War in 1848. This resulted in the four great surveys of the West: King (1867), Powell (1869), Hayden (1871), and Wheeler (1872). The expeditions were extensively visually documented by pioneer photographers such as T. H. O'Sullivan and John K. Hillers.

Smaller-scale government surveys, such as the California State Geological Survey in 1864 and the U.S. Coast and Geodetic Survey conducted through the late 1800s, also captured images of the diverse natural landscape of the West. George Davidson, a geographer and surveyor who had a nearly six decades-long accomplished career with the U.S. Coast and Geodetic Survey, knew the value of photography in describing and revealing the West. His collection of numerous landscape views include those of well-regarded photographers such as Carleton Watkins, William Henry Jackson, and Eadweard Muybridge. 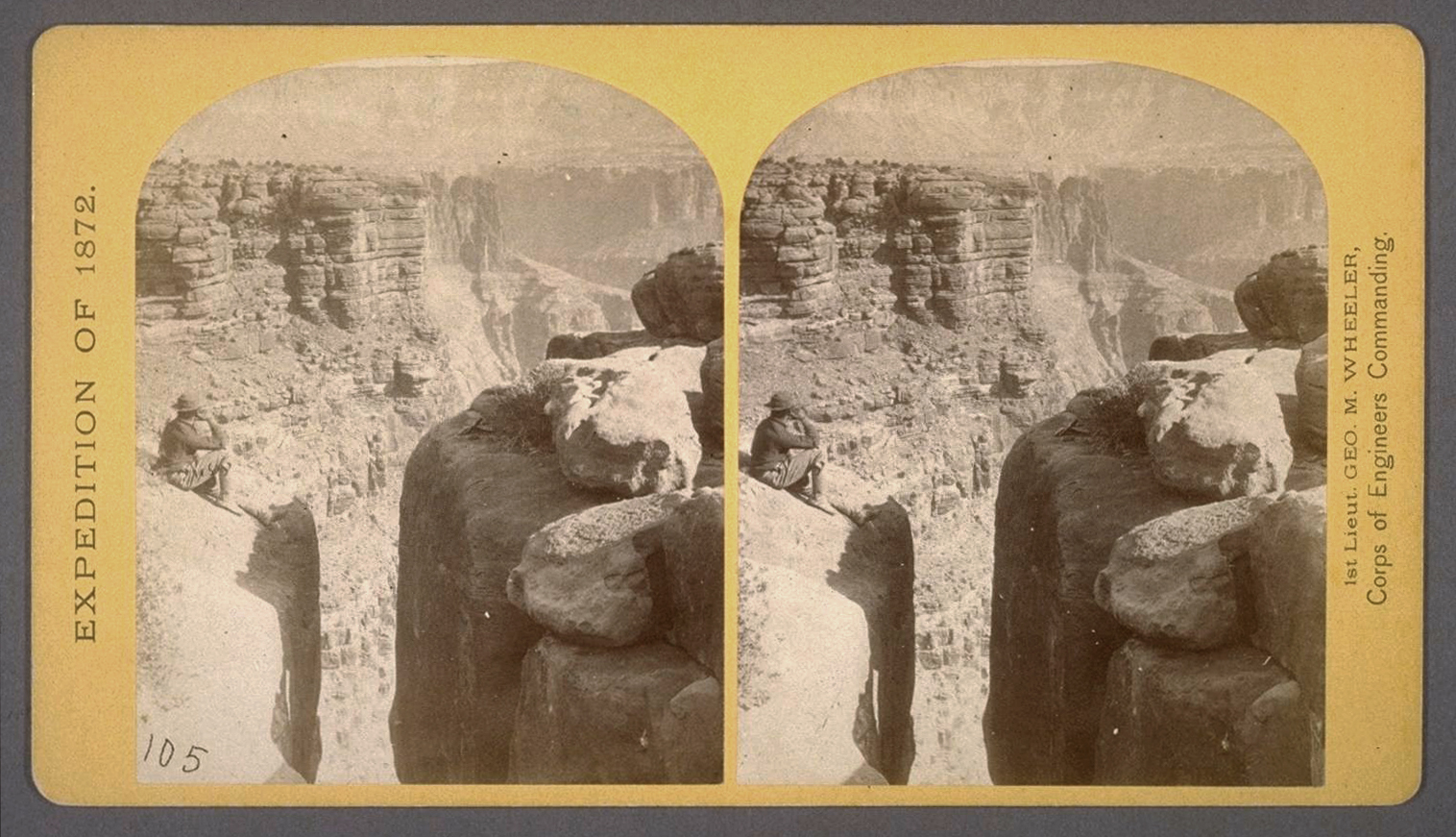 The Robert B. Honeyman Jr. Collection of Early Californian and Western American Pictorial Material is composed of more than 2300 items focused on pictorial interpretations of the Old West. Formats and media within this collection range from original oil paintings (such as the image depicted below) to engraved souvenir spoons. A recurring theme is the changing landscape of the West under the impact of westward migration. 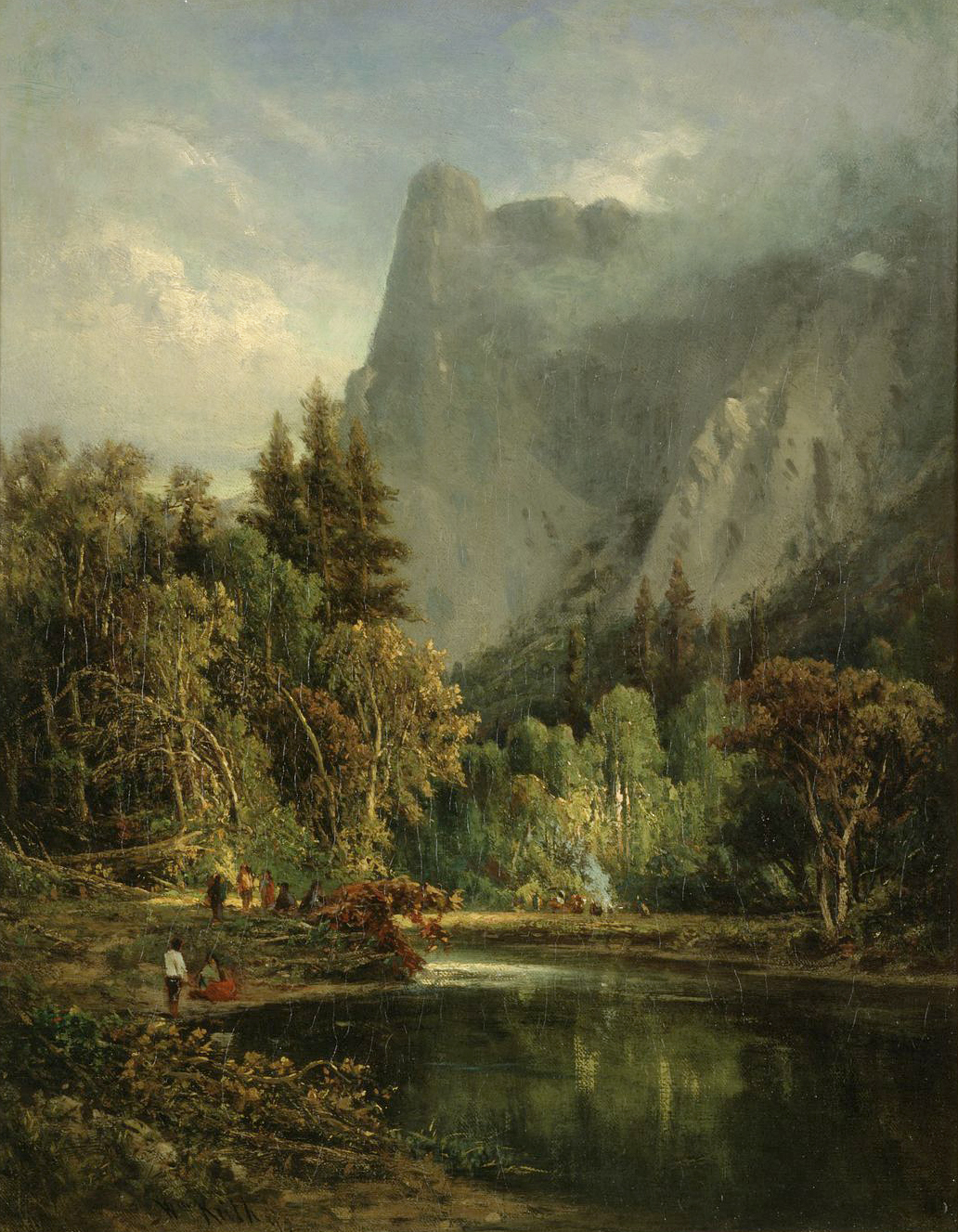 A true gem of Bancroft's pictorial holdings is the collection of expansive views of Yosemite landscapes captured by acclaimed photographer Carleton Watkins. Watkins first photographed Yosemite in 1861, using both his mammoth-plate and stereoscopic cameras. The end result was thirty glass plates and almost one hundred stereo-view negatives of rarely documented natural features of the Yosemite Valley - the first images of the area to ever be seen by Americans on the East Coast. These images were passed to the U.S. Congress and influenced President Abraham Lincoln to grant Yosemite national park status in 1864. The success of the 1861 trip led to his employment by the California State Geological Survey, which hired him to return to Yosemite to make a new series of prints in 1865.

The Bancroft Library has the most varied collections of Watkins landscapes in the world, encompassing western mining, railroads, agriculture, scientific surveys, the Pacific Coast, the Sierras, the city of San Francisco and its environs, and more. 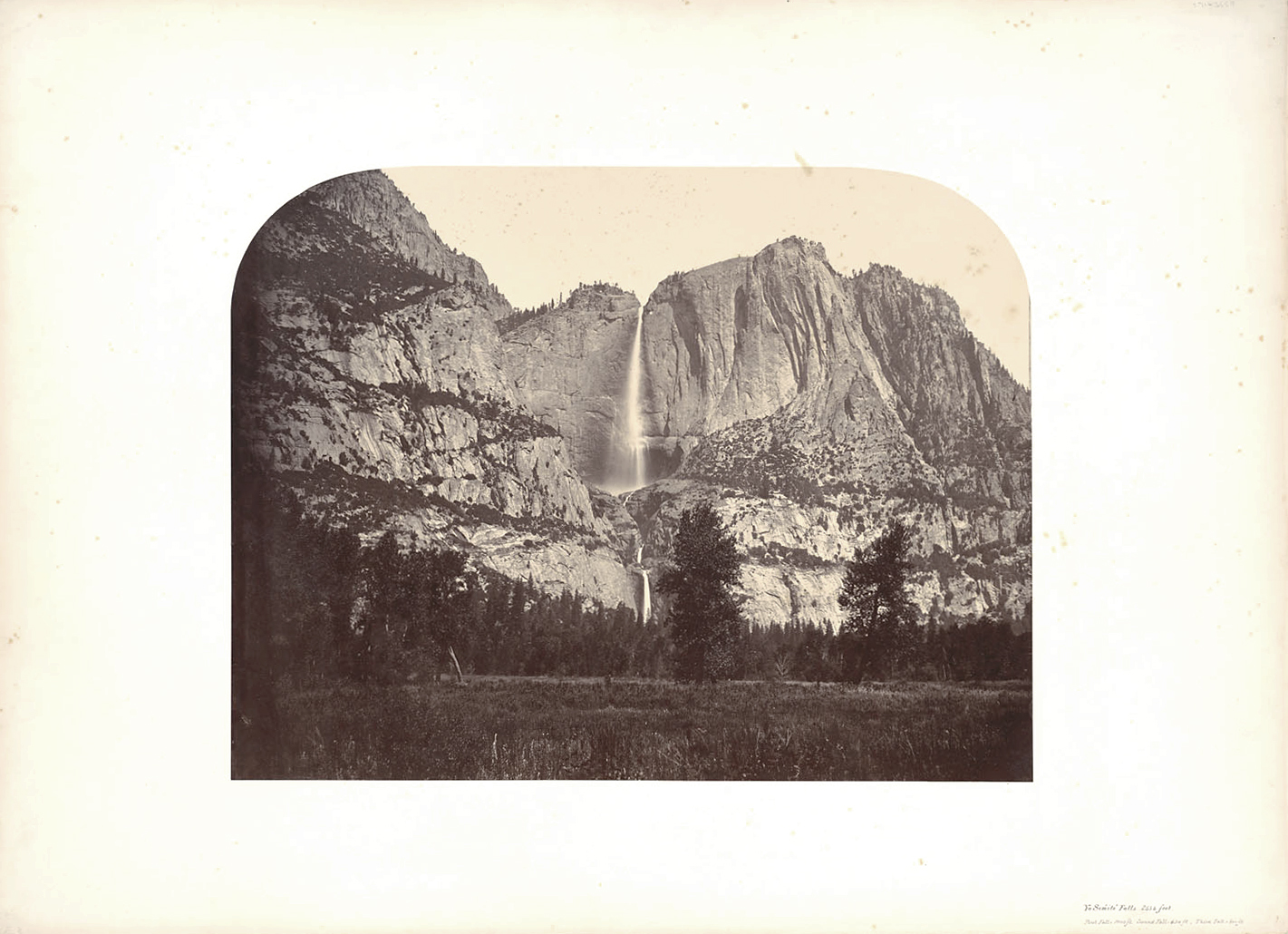 The Sierra Club has diverse pictorial collections at The Bancroft Library, ranging from historical photographs of the early days of the club, to more recent gatherings and clean-up campaigns. Formats include large mammoth plate views of Yosemite Valley, albums documenting club outings in the Sierra Nevada range, and photographic evidence of the detrimental environmental impact of logging and campsites. These graphic collections are findable through UC Library Search by searching "Sierra Club Collection" in the Title field. 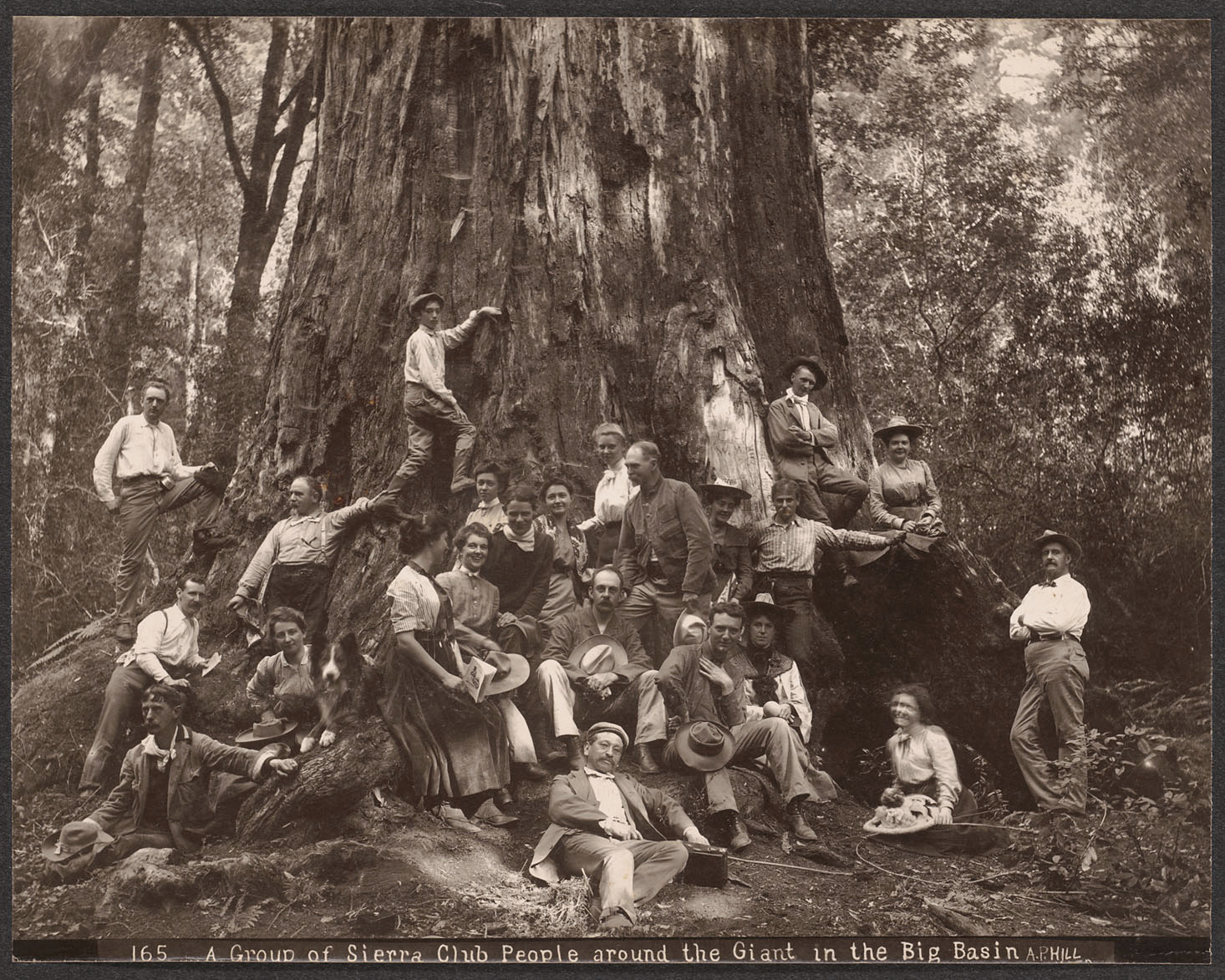 A long-time and prominent member of the Sierra Club, landscape photographer Ansel Adams is perhaps best known for his extensive work in visually capturing Yosemite National Park and the surrounding Sierra Nevadas. Adams enjoyed commercial success as a photographer, taking on assignments from the Sierra Club (serving as official photographer of its High Country excursions), the National Park Service, the U.S. Department of the Interior, Kodak, and the University of California. He was a lifelong advocate for environmental conservation and leveraged his photographs in its cause. 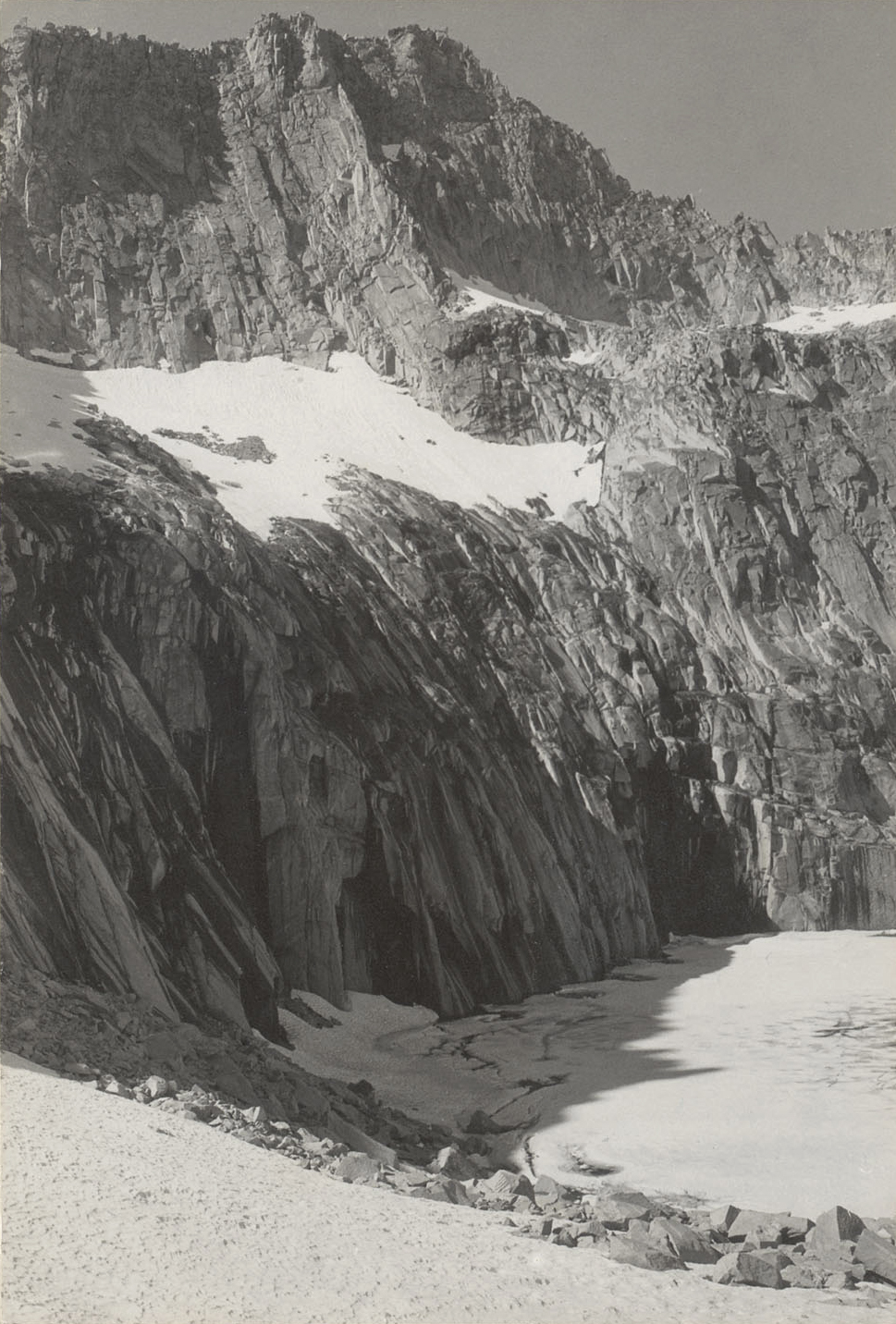 In addition to photographs and paintings, Bancroft's pictorial collections contain substantial material in 2D and 3D formats. These include posters, bumper stickers, campaign and advertising memorabilia, and souvenirs. 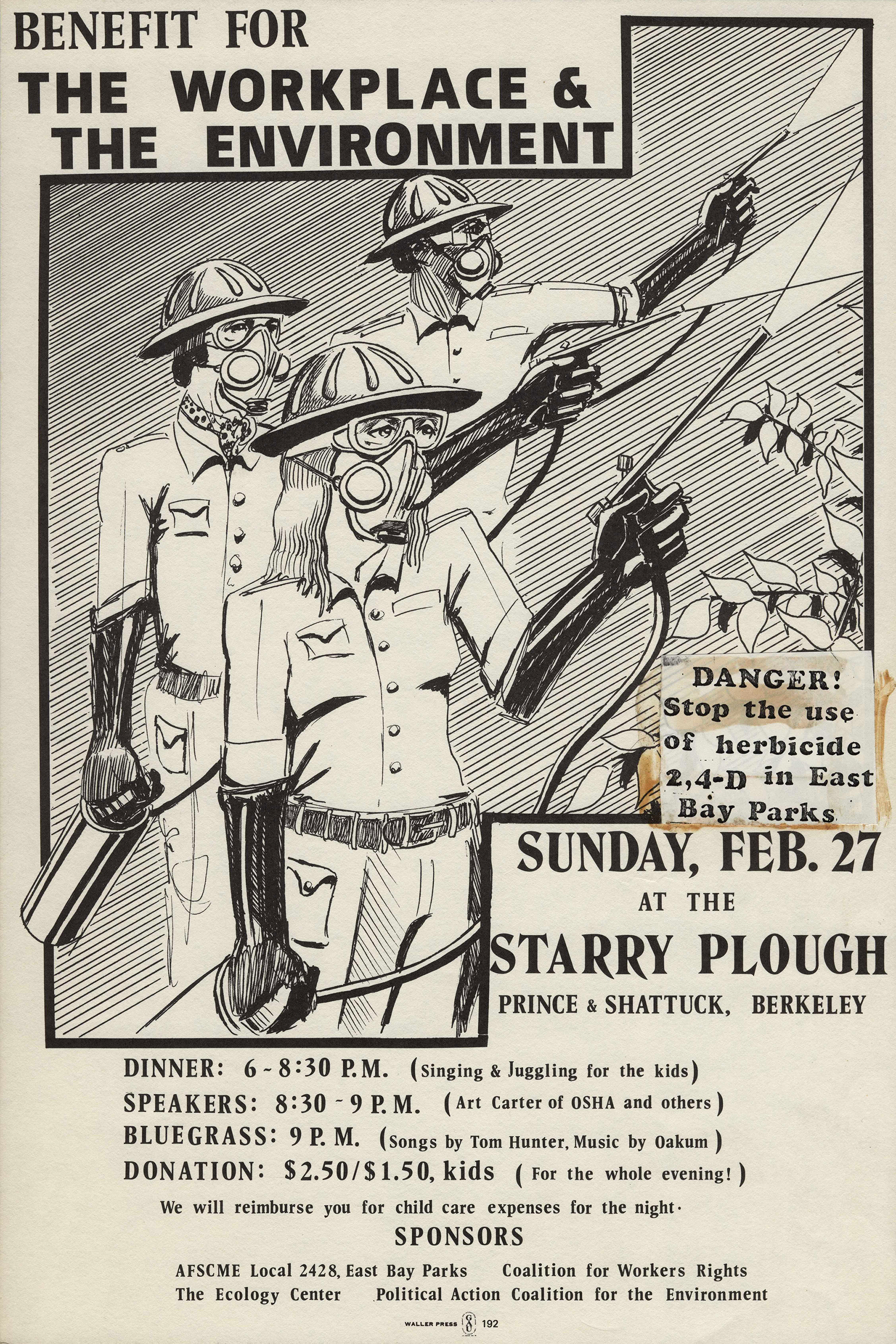 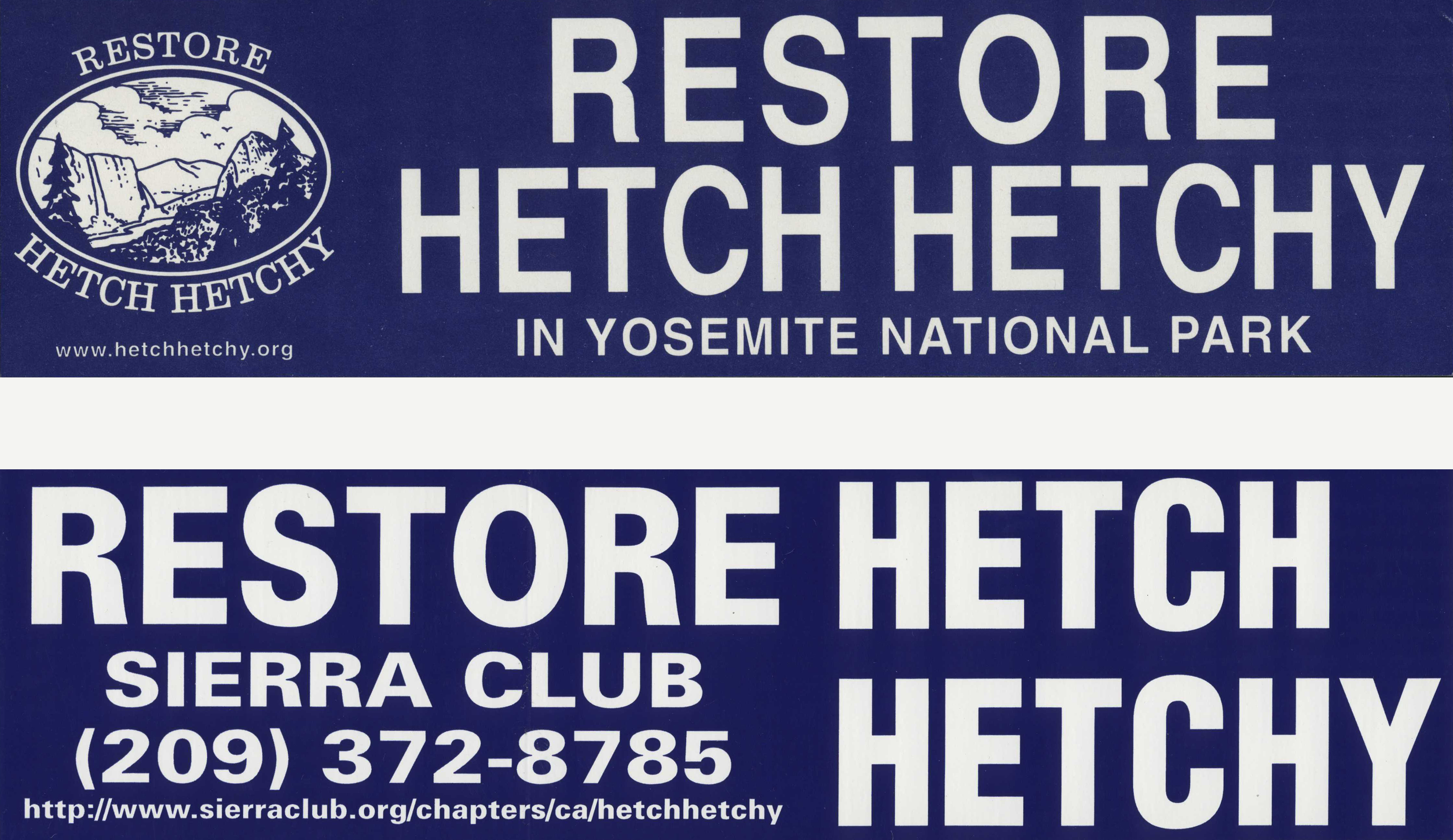 This album contains thirty-three Yosemite views in the mammoth plate format, chiefly taken by Carleton E. Watkins during his 1861 trip to the valley.

This collection is an incomplete set (forty-five of fifty-one) of mammoth plate albumen prints taken by Edward Muybridge in 1872. Thirty-nine of the scenes are of the Yosemite Valley, five are of the Sierra Nevada mountains and one is of the Mariposa Grove of mammoth trees.

This collection has 46 photographic prints of views of nature and wilderness, mostly mountain landscapes and primarily in Dinosaur National Monument.

The collection is based on Joseph LeConte's original glass plate negatives, primarily of photographs taken in the Sierra Nevada. There are over 1000 contact prints made by Ansel Adams from the original negatives, some prints being titled on back in the hand of Adams, who copied the information from LeConte's annotations on negative sleeves. Approximately 2,000 or more prints were made between 1965 and early 1968 as part of a grant-funded projected initiated by UC Berkeley.
► Please email bancref@library.berkeley.edu for a preliminary container listing.

This collection has approximately 430 photographs documenting numerous outings of the Loma Prieta chapter of the Sierra Club, other chapter events, and views of redwood trees.

This collection has 7 mounted photographic prints showing environmental damage caused by logging along Redwood Creek, both before and after creation of the Redwood National Park.

This collection contains large format photographs of Western landscapes by C.E. Watkins and W.H. Jackson, collected by George Davidson. The 76 photographs by Watkins can be described as three different groups: survey photographs of Mt. Lassen and Mt. Shasta (presumably all taken with the King Survey in 1870), Mt. Lola are views taken as part of the 1879 U.S. Coast and Geodetic Survey under George Davidson's direction and, thirdly, Yosemite views. The 25 views by Jackson are from Montana and Wyoming; predominantly Yellowstone National Park. Included are the Yellowstone River, canyon, and falls, Mystic Lake, geysers, the Gallatin River and canyon, Mt. Blackmore, and the Teton range. Some, if not all, date from the summer 1872 expedition of the United States Geological Survey of the Territories (the Hayden Survey).

The Robert B. Honeyman Jr. Collection of Early Californian and Western American Pictorial Material contains more than 2300 items, focusing on pictorial interpretations of the old West, with emphasis on the early California and Gold Rush periods.  A wide variety of formats and media are represented, including original oil paintings, watercolors, drawings, lithographs, engravings, etchings, lettersheets, clipper cards, ephemera, plates, and spoons.  The images in this collection depict the changing landscape of the West under the impact of westward migration.
► Collection Finding Aid (contains digital images)

William Ashburner collection of photographs from the Geological Exploration of the Fortieth Parallel
BANC PIC 1957.027--PIC (viewing print use only, original documents restricted due to fragility, many images available online)

This collection is a set of 144 large format photographic prints taken on the Clarence King surveys of 1867 to 1869. The set is focused on the western portion of the King Survey and includes locations in California, Nevada, Utah, Idaho, and Wyoming.
► Collection Finding Aid (contains digital images)

This collection contains 150 albumen stereographs taken of and for the Geographical Surveys West of the 100th Meridian from 1871 to 1874. Timothy H. O'Sullivan and William Bell were the official photographers of the surveys. Included are early images of the Grand Canyon.
► Collection Finding Aid (contains digital images)

This collection contains posters of politics, social protest, music and popular culture, chiefly from Berkeley and the San Francisco Bay Area. Of interest are a series of posters on environmental concerns.
► Please email bancref@library.berkeley.edu for a container listing.

This collection is chiefly of photographs (approximately 9700 photographic prints, 5400 negatives, and 1000 slides) of redwood trees, forests and parks in coastal Northern California, as well as giant sequoia trees in the Sierra Nevada area compiled by the Save the Redwoods League staff and members to support its mission. The collection also contains other graphic material such as posters.
► Collection Finding Aid (contains digital images)

This collection consists primarily of photos and drawings relating to the Sierra Nevada mountains and the region's history. It includes images taken by Farquhar and his contemporaries as well as photographs of historical interest which he collected as part of his research. A series of views from the Geological Survey of California (known as the Whitney Survey) contains the earliest known photographic views of the high country near Yosemite and Hetch Hetchy, dating from 1867. Original pencil drawings and topographical sketches from the survey are also present.
► Please email bancref@library.berkeley.edu for a container listing.

This collection contains digital prints of photographic images taken in the 1980s at various nuclear weapons test sites, including Nevada Test Site, Hanford Site and the Marshall Islands. Photographs document the lasting impact of the production facilities and bomb tests on the surrounding natural and built environments. Most, but not all, images appear in Peter Goin's book Nuclear Landscapes.

The photographs in this collection primarily show the Tuolumne River, recreational activities (fishing, rafting, camping, swimming), and images to support a position against damming the river.

Photographs from the Telesis records
BANC PIC 1996.030 (collection restricted, AVAILABLE BY APPOINTMENT ONLY)

This collection contains images in various formats for Telesis exhibits and publications. The Telesis Group was an environmental group, based in Berkeley and San Francisco, that promoted principles of city planning and urban design rooted in the social activism of the New Deal. It was established in 1939 with its stated purposed being "to study the components of man's physical environment, with a view toward its betterment." Telesis continued through 1954 and is considered a forebearer of the environmental planning and design movements in the San Francisco Bay Area. Telesis provided impetus to the adoption of San Francisco's first Master Plan in the early 1940s, and had a major influence on many key urban planning decisions in the city during the years after World War II.

This collection contains bumper stickers, buttons, a t-shirt and a coffee mug, issued by the Restore Hetch Hetchy organization.

Buck Meadows Camp F-82 was one of the first U.S. Civilian Conservation Corps established in its region of California, first occupied in 1933 by young men from the San Francisco Bay Area. Among the camp's projects were fire suppression, boundary surveys, range management and the building of truck trails and bridges. This album has approximately 175 photographs, chiefly of scenes of the camp's buildings, tents and grounds, and everyday activities of U.S.C.C.C. enrollees at work and leisure. Also included are forest, Yosemite, and Hetch Hetchy views.

This collection contains views of trees and plants in Butano Forest in California. Some views relate to measure C to create Butano State Park, and to the effort to preserve this forest of redwood trees.

This collection contains professional photographs documenting the construction of dams, reservoirs and other structures associated with various water conservation, water reclamation and flood control projects in California overseen by the U.S. Bureau of Reclamation.

This collection has 610 photographic prints of wilderness areas in the western United States, including those relating to forestry and desert scenes as well as outings and portraits of Robert Marshall and the Wilderness Society.

This collection includes photographs pertaining to the early logging and lumbering of giant sequoia in the Sierra Nevada of California, giant sequoia habitats, and early figures in the movement to conserve the giant sequoia such as John Muir, Galen Clark, Burnett Haskell and the hunter Joe Clark.
► Please email bancref@library.berkeley.edu for a preliminary container listing.

There are also two wildfire related collections that are currently in process and unavailable for use.
► A Terrible Beauty: after the Oakland-Berkeley Hills fire of October 20, 1991, BANC PIC 2004.156
► Charles J. Kraebel photographs, BANC PIC 1971.054
Please fill out the Notice of Interest in Unprocessed Collections form if these collections are critical to your research.