The core of The Bancroft Library's holdings is the original research collection assembled by its founder, Hubert Howe Bancroft. After emigrating from Ohio to California in 1852, Bancroft soon became enamored with the history of his new home and began collecting everything he could on the topic. His focus eventually encompassed not only California but an overwhelming region spreading west of the Rockies, up north to Alaska, and down south to the Isthmus of Panama.

Extensive purchases from booksellers and auctions helped Bancroft's research collection grow exponentially, covering all matter of formats — published works, manuscripts, maps, ephemera, and periodicals. By the 1870s, his collection numbered roughly 16,000 volumes, tracing the West's history from Indigenous cultures to the then present day. In the instances where Bancroft could not outright buy material, such as government and mission archives, he employed a team of copyists to transcribe the relevant content. Many records of baptisms, marriages, and deaths of Native Americans were preserved via this method.

Of particular interest to Bancroft were the personal narratives of the region’s current residents, ranging from pioneers to Californios, from all walks of life. These recollections were captured by Bancroft and his staff in hundreds of oral histories, termed dictations, some just half a page in length and others spanning multiple volumes. While a good number of these documents capture interactions (often hostile) with the native communities of the area, at least three of the dictations are from Indigenous people themselves - Julio César, Amy Prowers, and Isidora Filomena Solano.

From this expansive research collection emerged the 39-volume series, The Works of Hubert Howe Bancroft, chronicling the history of the Pacific coast of North America from Alaska to Central America. The first five of these volumes, dedicated to Native Races, are titled Wild Tribes, Civilized Nations, Myths & Languages, Antiquities, and Primitive History.

NOTE: The author of this LibGuide acknowledges the controversial legacy of Hubert Howe Bancroft whose writings and published works exhibit damaging and racist views, particularly against Indigenous, Asian, and African American communities. This section is not intended to glorify the man, but rather highlight the historical value and importance of the collection he amassed. 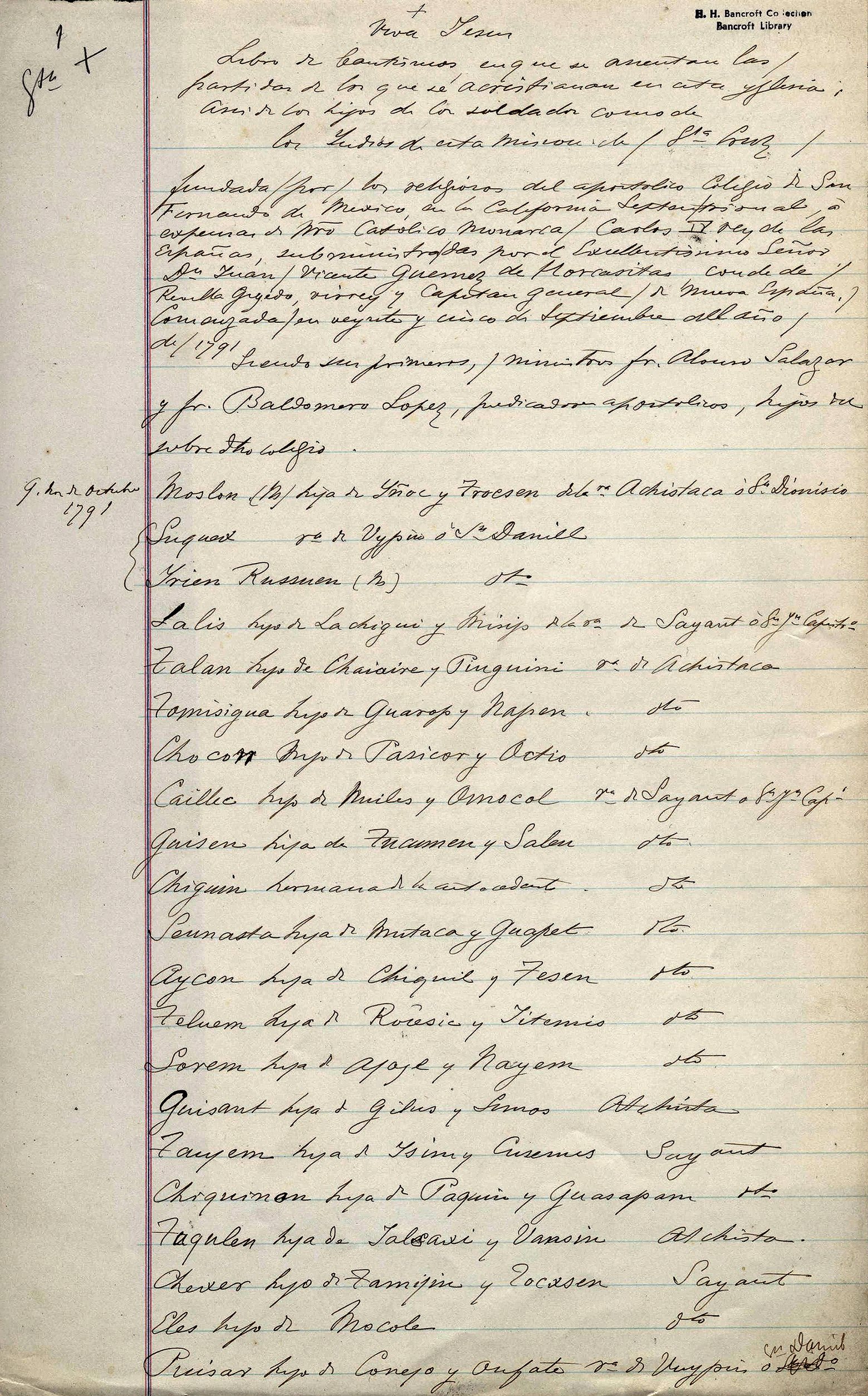 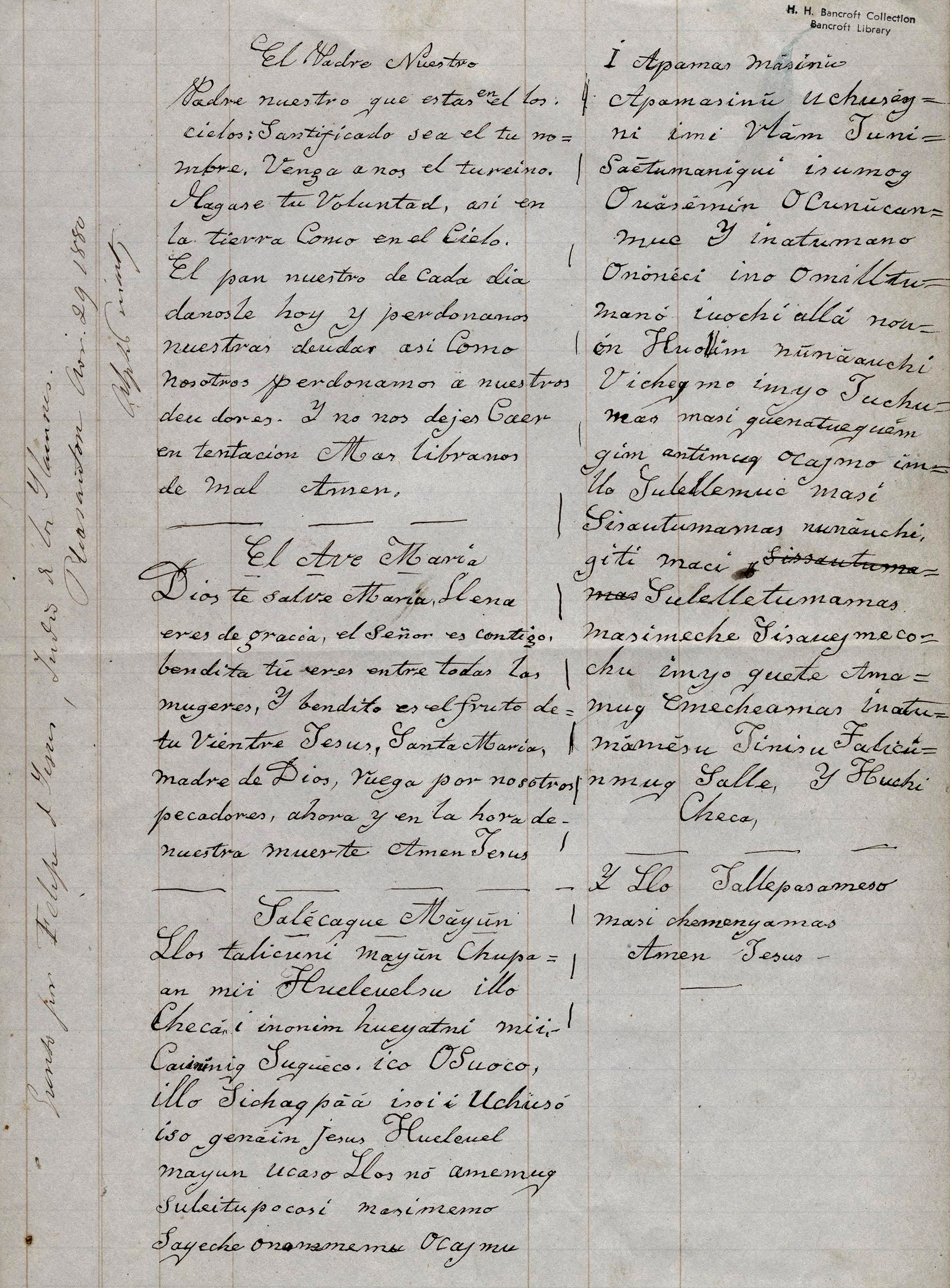 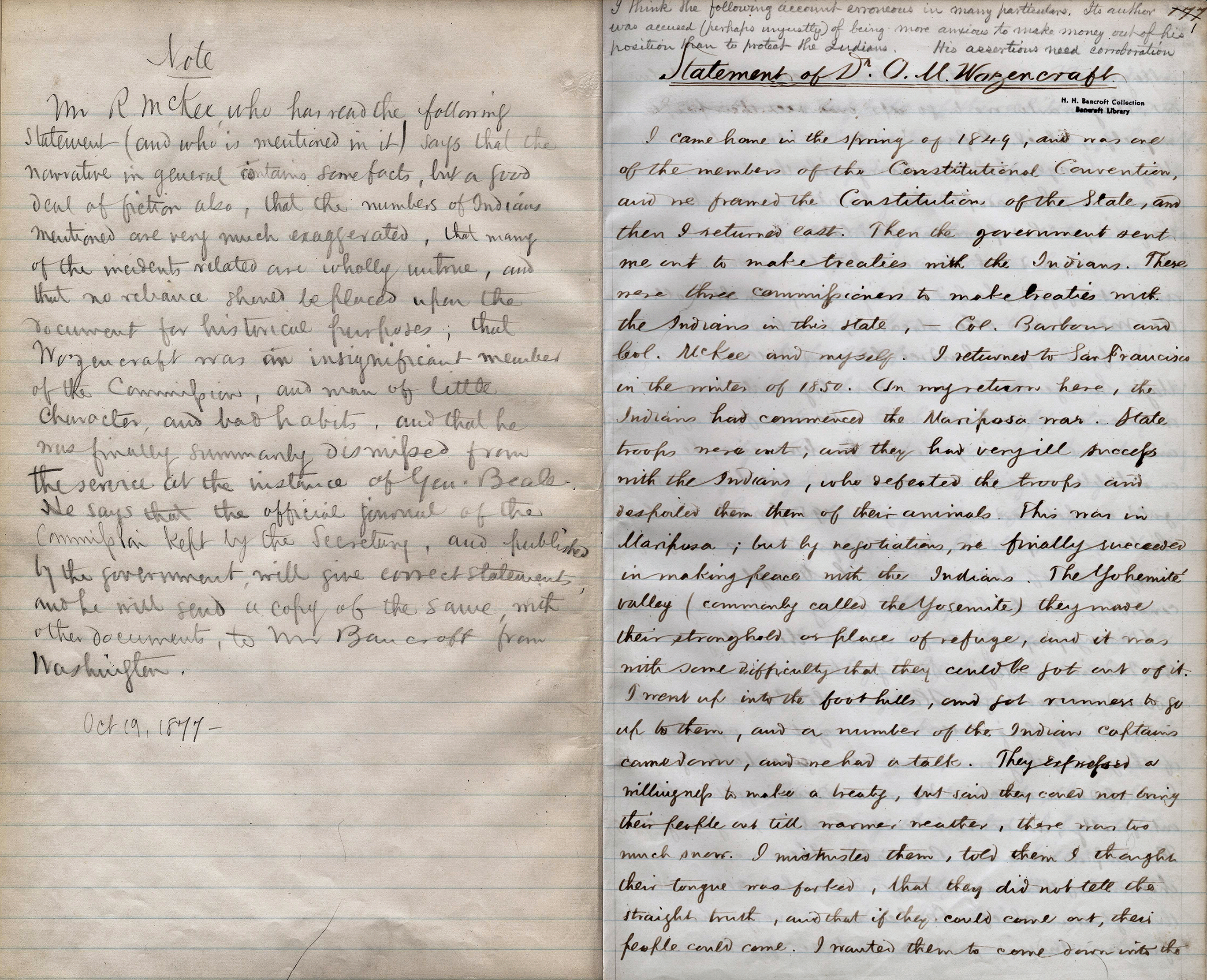 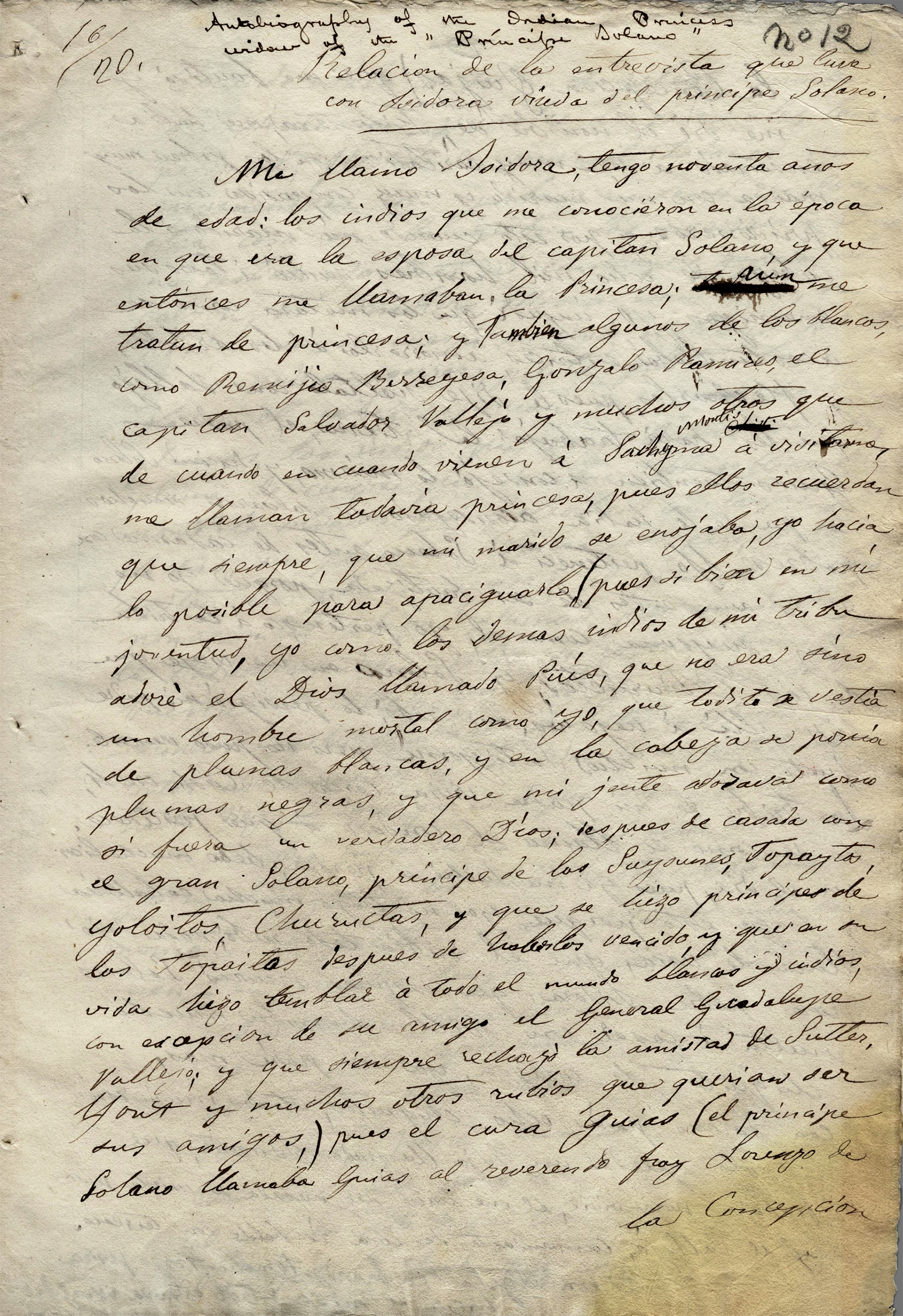 This collection contains bibliographic and research notes pertaining to and used in the preparation of Bancroft's Works. The notes as a whole originate from primary sources such as diaries, personal correspondence, and company logs. There is also reference to abundant secondary source material such as pamphlets, journals, newspapers, and previously published histories. The collection includes material on California Indians, Indian affairs, missions, and mission politics.
► Collection Finding Aid

This collection contains bibliographic and research notes pertaining to and used in the preparation of Bancroft's Works. Both primary sources (e.g. ship's logs, diaries, and military and church correspondence) and secondary sources (e.g. pamphlets, journals, and newspapers) are referenced. Included in the collection is material on Indian and military affairs in various western states and territories.
► Collection Finding Aid

This collection was compiled by the staff of the original Bancroft Library in the 1870s and 1880s to facilitate the writing of Bancroft's Works. A portion is devoted to California Indians.
► Collection Finding Aid

Mission records, both original documents and those transcribed by Bancroft's copyists, offer valuable insight on Native American lives under Spanish, and later Mexican, rule. In addition to preserving baptism, marriage, and death records of Mission Indians, some also include detailed vocabulary and grammatical information of the local Indigenous languages. Of particular note is the linguistic material of Felipe Arroyo de la Cuesta, a missionary at San Juan Bautista and four other central California missions: BANC MSS C-C 19 and BANC MSS C-C 63a.

The easiest way to find relevant dictations (also called reminiscences) is through the Advanced Search module on UC Library Search.  In the Search for: menu bar, select UC Berkeley special collections and archives. Please note that the search term Indian will bring more results as opposed to other synonymous terms and tribal names.  Including the search term "Hubert Howe Bancroft collection" will help narrow down your results to the original dictations.

In rare instances, transcriptions of the original handwriting are included with some dictations, and rarer still, translations of the Spanish-language ones.  Please note that The Bancroft Library does not provide transcription and translation services.