Oral history at The Bancroft Library had its beginnings in the work of its founder, Hubert Howe Bancroft.  Bancroft recognized that missing from his vast collection of books and manuscripts were the living memories of many of the participants in the development of California and the West.  In the 1860s he launched an ambitious project to interview and create biographies of a diverse group of Californians, resulting in hundreds of oral histories, termed dictations.

In 1954, The Bancroft Library established the Regional Oral History Office to conduct interviews with leading citizens of the West.  It was renamed as Oral History Center (OHC) in 2014.  The OHC has carried out interviews in a variety of major subject areas, which include: politics and government; law and jurisprudence; arts and letters; business and labor; social and community history; University of California history; natural resources and the environment; and science, medicine, and technology.

Interviews are conducted with the goal of eliciting from each participant a full and accurate account of the events central to their lives and to the broader world.  The interviews are transcribed, lightly edited for accuracy and clarity, and reviewed by the interviewees, who may augment or correct their spoken words.  The reviewed and corrected transcripts are printed and bound, often with photographs and illustrative materials. Archival copies, along with the original audio and video recordings, are placed in The Bancroft Library.

The Bancroft Library also holds many donated oral histories recorded by other agencies or individuals.  In addition, duplicate transcripts of interviews conducted by UCLA’s Center for Oral History Research are part of the collection.

The Rosie the Riveter World War II American Homefront Oral Histories comprise an OHC project that interviewed Bay Area residents about their wartime experiences during World War II.  A handful of these interviews focus on the Richmond’s Santa Fe Indian Village, established in the early 1920s.  As part of a verbal agreement between the Santa Fe Railroad company and the Laguna people of New Mexico, members of the tribe would move to California to work in the Richmond rail yard if the company would refrain from laying tracks too close to their reservation.  The railroad company agreed to give these workers and their families a place to live but at first provided only boxcars as housing.  Track homes were later erected, but power was ultimately shut off in the village in 1982, forcing the residents to leave. 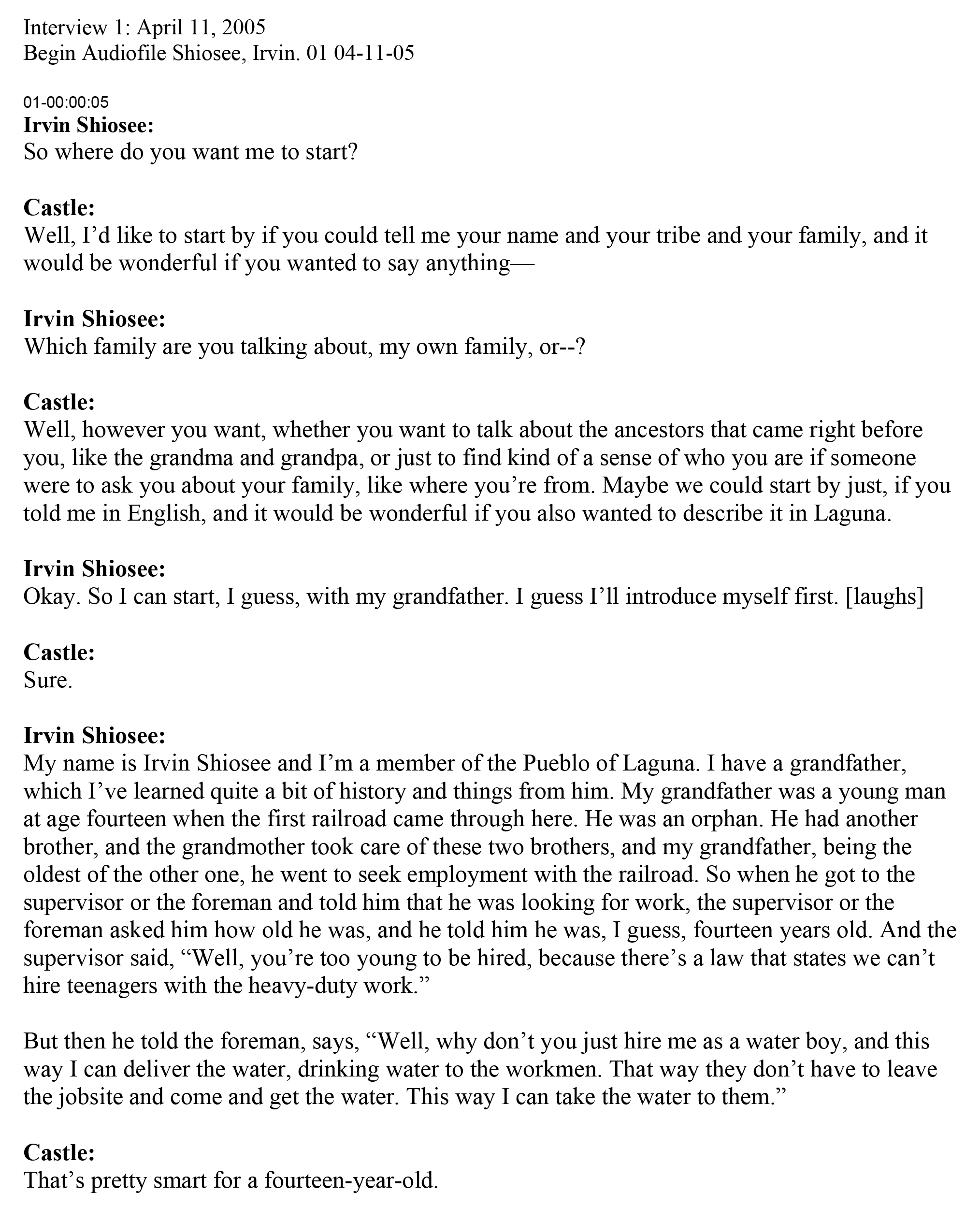 Interviews that form the basis for the publication, Surviving in Two Worlds: Contemporary Native American Voices, make up a small part of Bancroft's Donated Oral History Collection.  These oral histories are of twenty-six Native American leaders who come from a variety of tribal backgrounds, and range from traditional elders and healers to doctors, lawyers, artists, and college presidents.  The interviews are grouped around the themes of tradition, history and politics, healing, education, and culture. 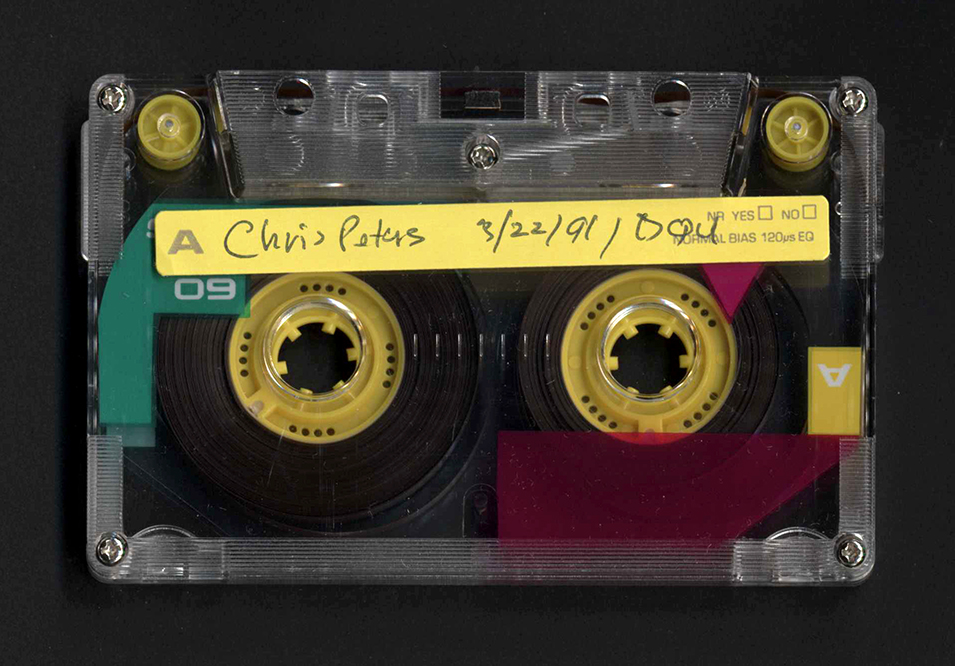 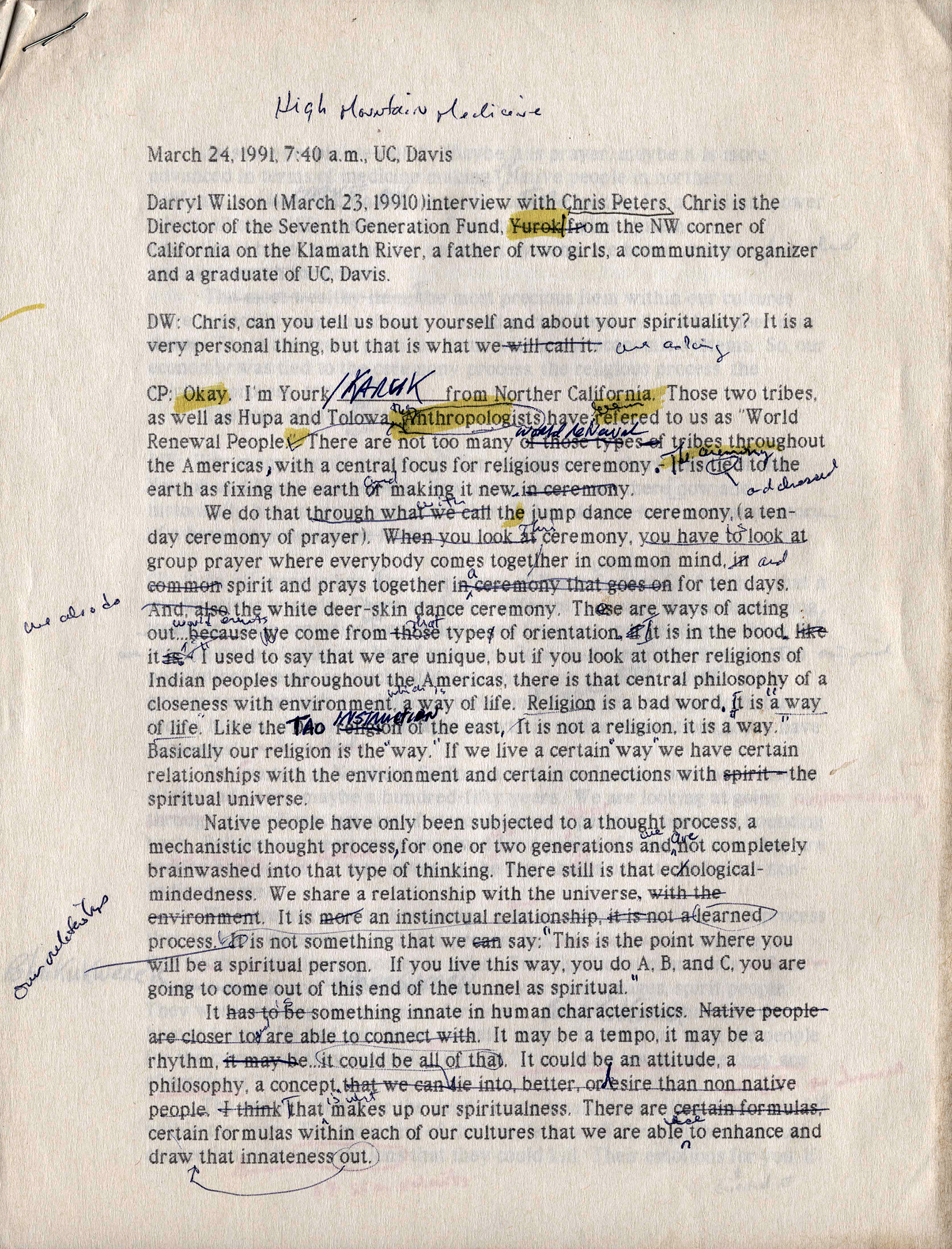 This collection documents the efforts of the Community History Project, a program of the Intertribal Friendship House, to collect and preserve the history of the San Francisco Bay Area urban American Indian community.  A portion of the collection is devoted to oral histories of community members.
► Collection Finding Aid (the bulk of the oral histories are in Cartons 2, 3, and 15)

The West on Videotape documents 40 interviewees who have been significantly involved in the history and folk culture of the Western United States.  The intention of this collection is to demonstrate the value of videotape in preserving local history.  The collection contains unedited, original master videotapes, most of which are in color.  Interviews of interest are the following:
► Videotape 2: "Paiute Medicine Man" Ray Stone: Water, the Land, and Paiute Religion
► Videotape 17: "Hot Springs" Paiute-Shoshone Elders Council: The Struggle for Access to Cultural Resources
► Collection Finding Aid

► In the Search for: menu at the top, select UC Berkeley special collections and archives
► In the first search filter line, select Subject and use the search term "oral histories"
► In the second line, select Any Field and use the search term indian*
Please note, this method will also capture a handful of material with records mentioning Indiana and the peoples of India.

Not all of Bancroft's recent oral histories have been added to UC Library Search. Augment your research by using the Search the Oral History Center feature. Once you submit your search term, available online transcripts will appear via the UC Berkeley Library Digital Collections database. On the left side of the search results page, you can toggle the Fulltext Search button to On to expand your initial search.