Overview of the Indian Claims Commission

The Indian Claims Commission (ICC) was established under the Indian Claims Commission Act of 1946 to hear cases "against the United States on behalf of any Indian tribe, band, or other identifiable group of American Indians residing within the territorial limits of the United States or Alaska." Prior to the passage of this Act, Indigenous Americans struggled with the Federal Court of Claims to honor ancient and historical treaties, and were forced to navigate complex bureaucracy deliberately made difficult to discourage their efforts. Nearly 200 claims were filed, but damages were only awarded to 29 of these claims with the rest being dismissed on technicalities.

With the passage of the Indian Claims Commission Act, the ICC established a process through which monetary compensation would be offered for territory lost as a result of broken federal treaties, the payout calculated on the net acreage of the land times the monetary market value of an acre at the time of taking. Anthropologists and ethnologists were key expert witnesses for both plaintiff tribes and the defendant U.S. government. They provided linguistic, ethnographic, historical, botanical, and archaeological data to be used as evidence as to whether or not an identifiable Indigenous group used and occupied a definable area, at the exclusion of others, since "time immemorial." A point of contention with these claims was that the ICC could only award money, not grant or restore tribal land which was the true compensation that many Indigenous communities wanted. In addition, acceptance of money meant the tribe relinquished any right to raise their claim again in the future, and on occasion were forced to give up federal recognition.

By the time of the ICC's termination in 1978, 617 dockets had been filed with 342 being awarded to a sum of over $818 million. The unresolved cases were transferred to the U.S. Court of Federal Claims, and the last case filed with the ICC, Pueblo of San Ildefonso v. United States (Docket Number 354) was not resolved until 2006.

Expert witness testimonies provide a rich supplement to the Indian Claims Commission Decisions. Anthropologists Alfred Kroeber and Robert Heizer served as expert witnesses for the claims in California - an account of their involvement can be read in Kroeber and the Indian Claims Commission Cases. Within their papers at The Bancroft Library are extensive materials they compiled and created for the ICC. 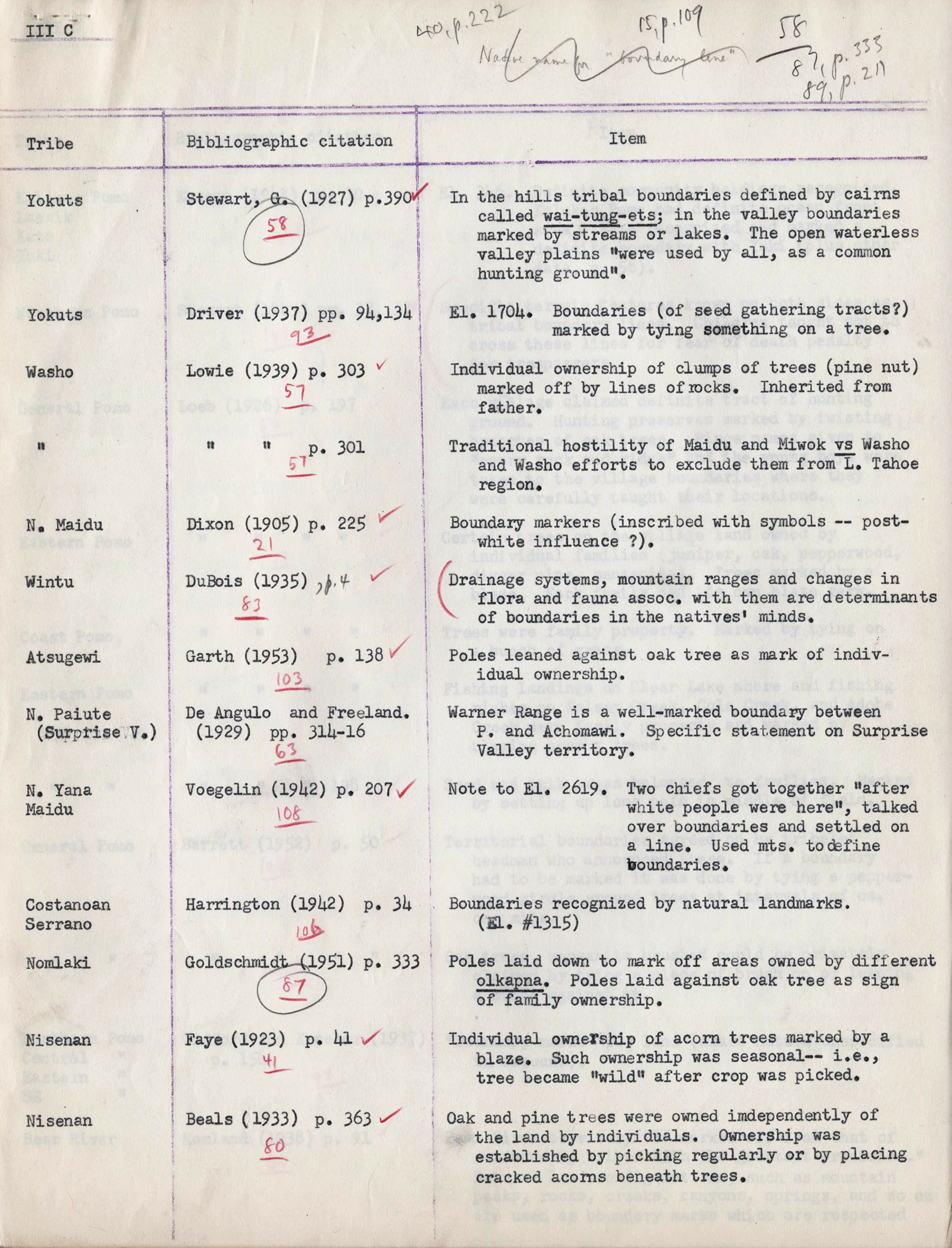 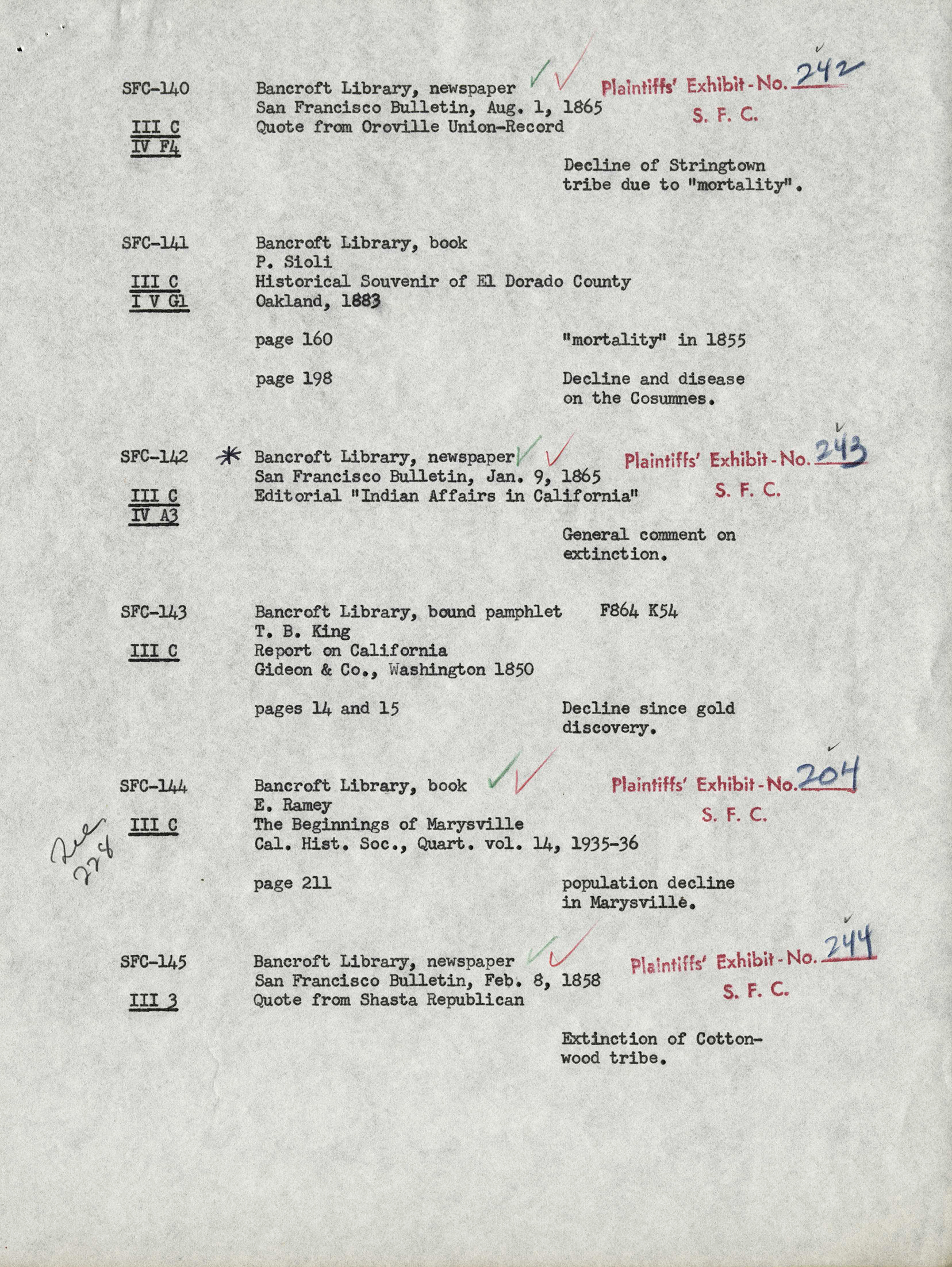