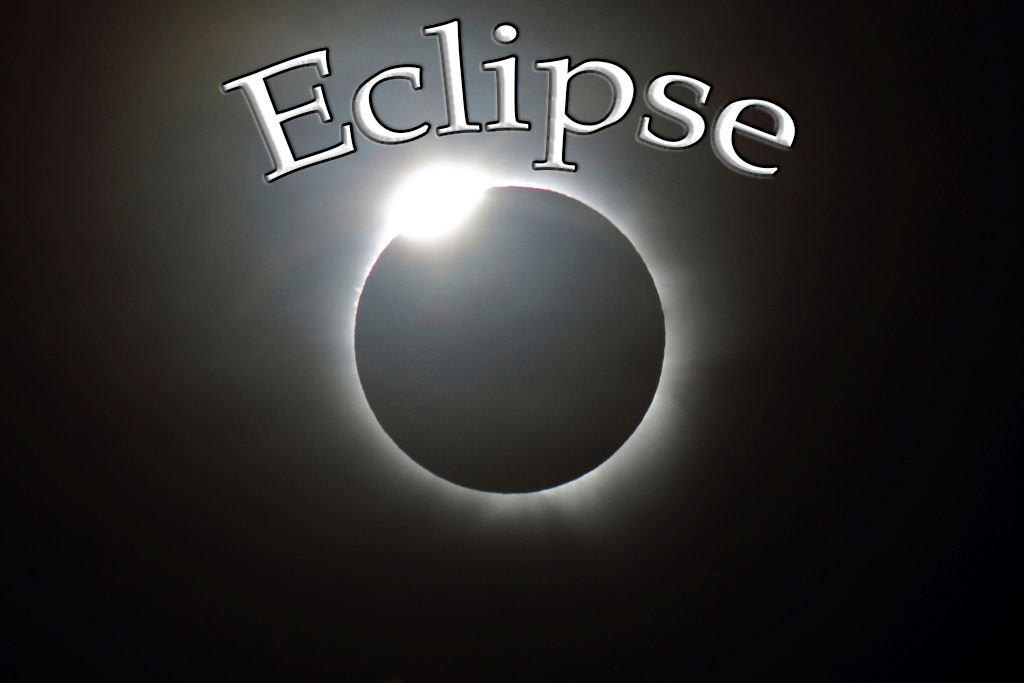 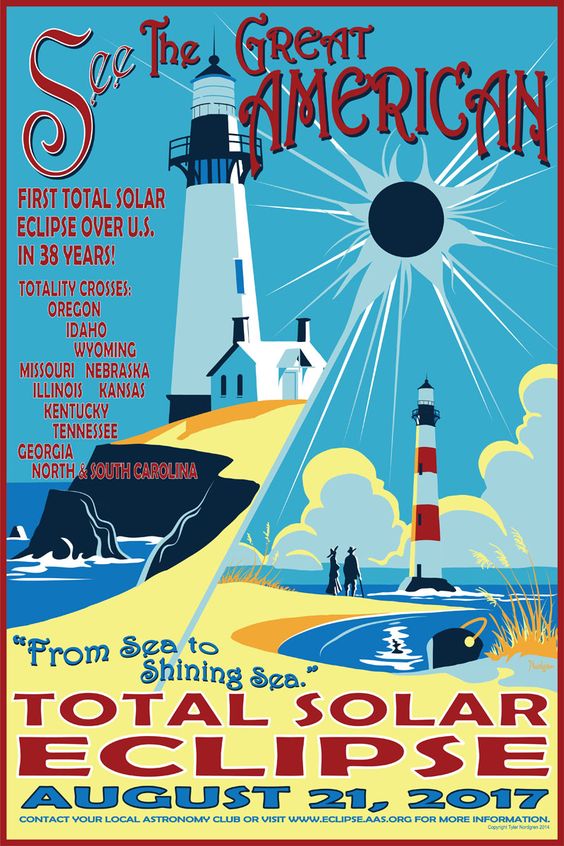 The August 21, 2017 total solar eclipse will be the first to cross a large portion of the United States in almost 100 years. Our display includes a global map covering the 2017 & 2024 eclipses, detailed maps of the 2017 eclipse spreading across the U.S. from the West to East coast, journal articles, and a few eclipse books  from our library! Many of the featured maps are by Michael Zeiler, a cartographer from Santa Fe, New Mexico,  who creates visually stunning maps that document solar eclipses around the globe.
Bonita Dyess (Circulation Supervisor) and Heiko Muhr (Map Metadata & Curatorial Specialist) collaborated to  curate and design the exhibit, which is located in the exhibit case just outside the northern entrance to the Earth Sciences & Map Library in McCone Hall.

Eclipse Exhibit in the news! 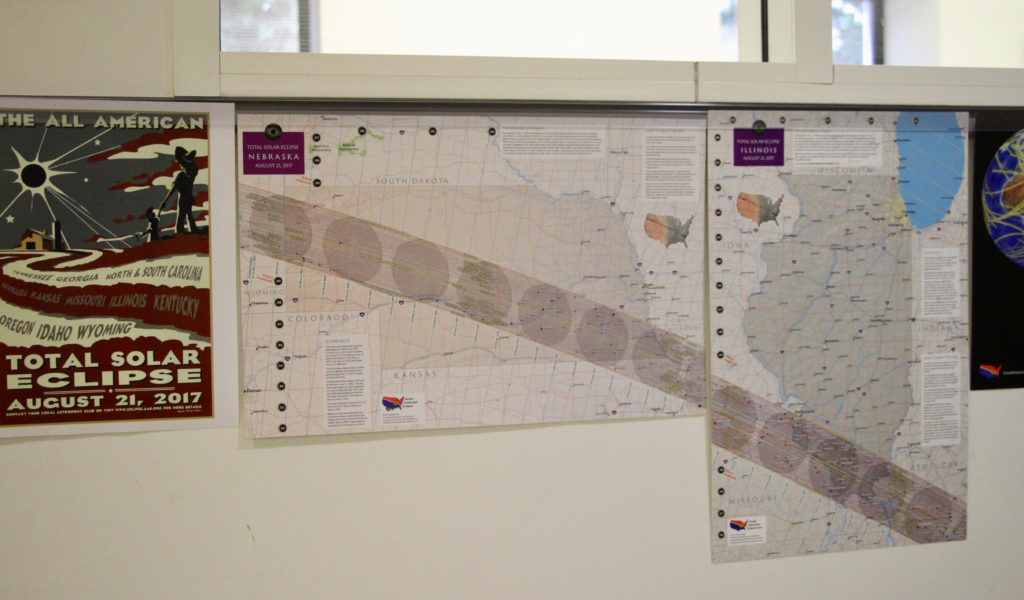 Path of total solar eclipses over North America from 2001-2050 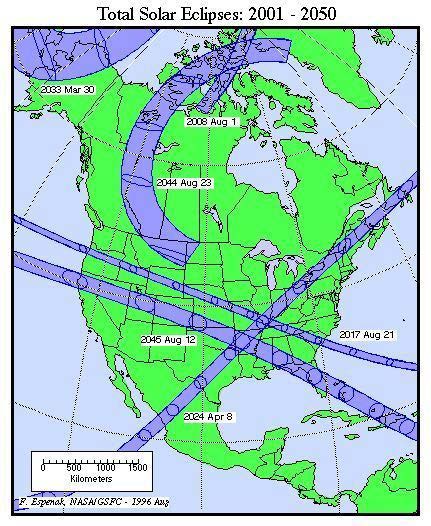 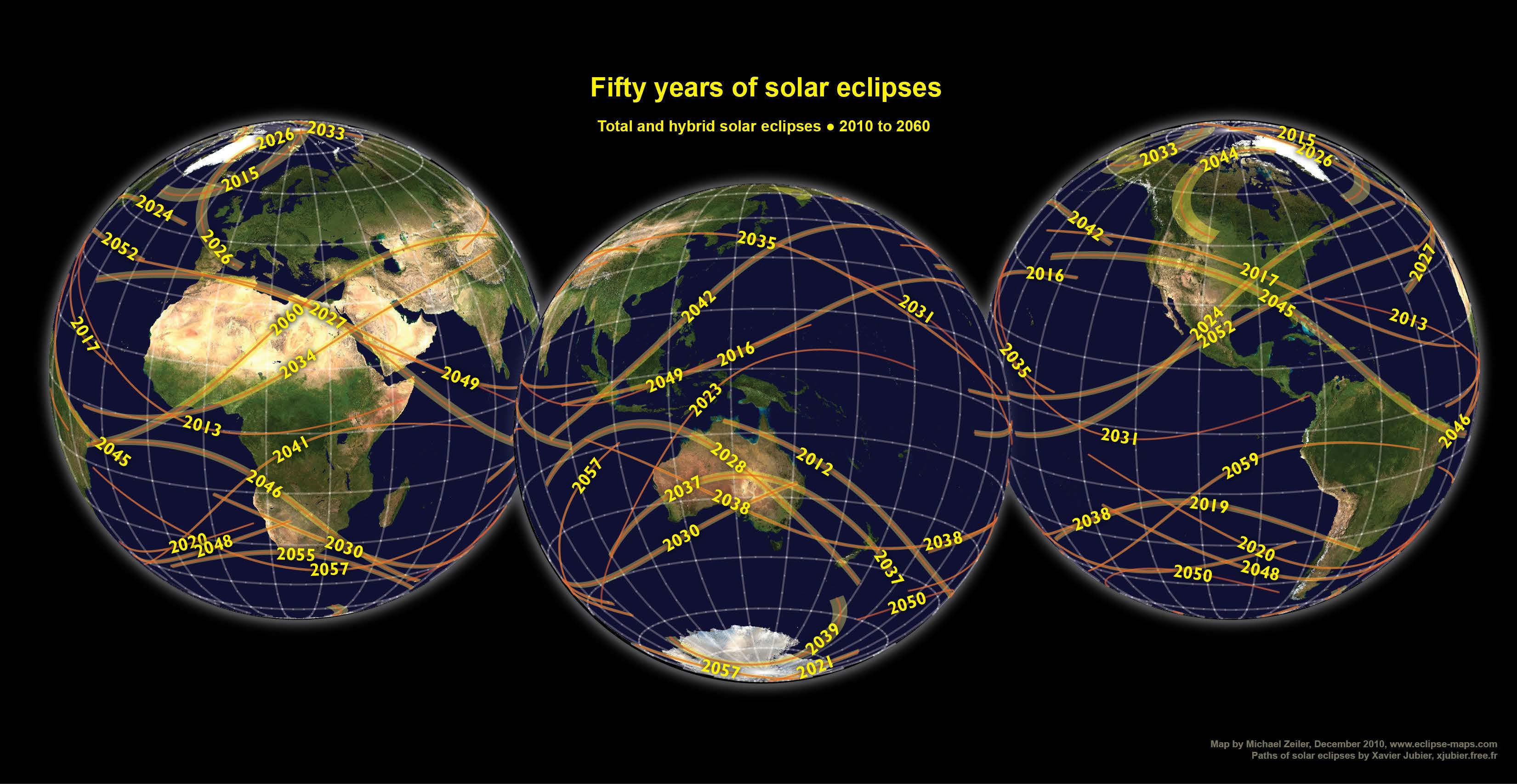 Path of the August 21, 2017 total solar eclipse over North America 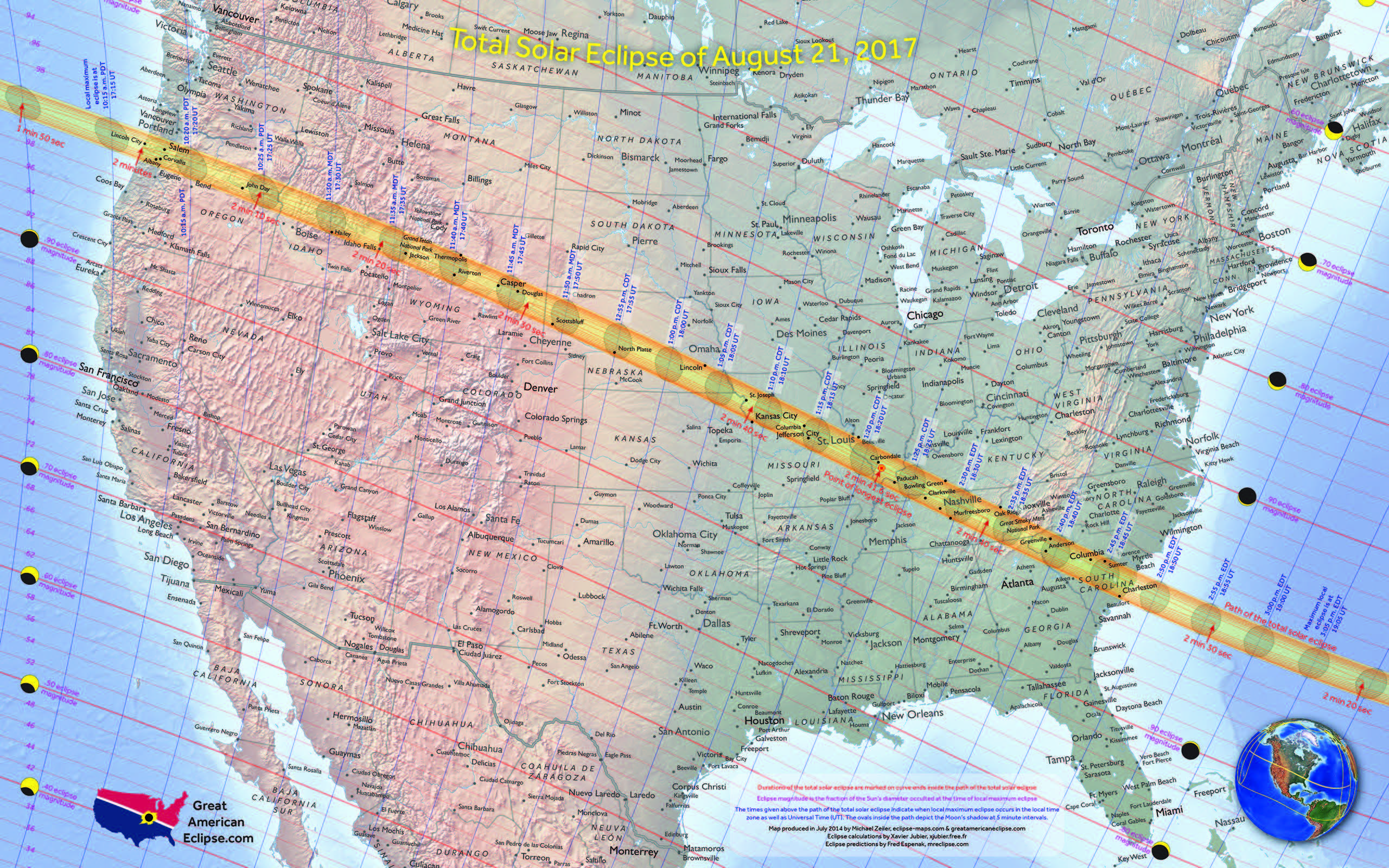 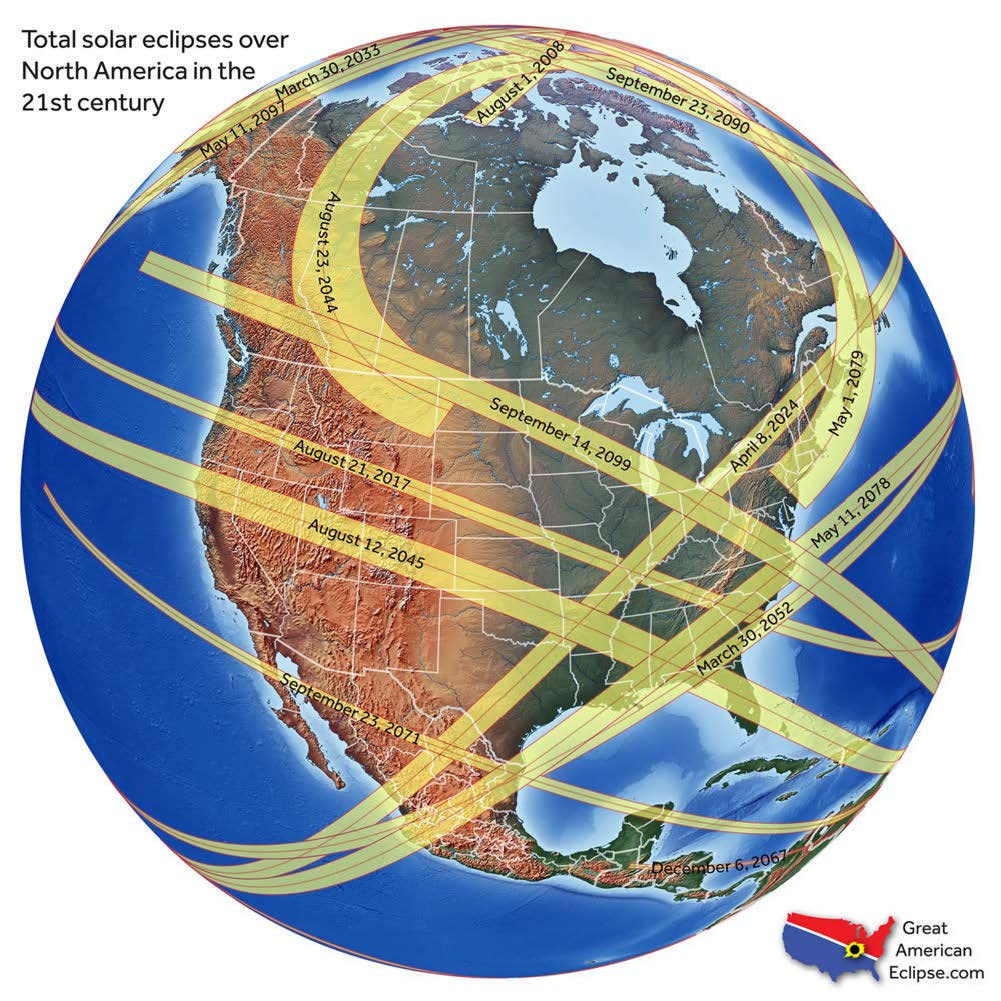