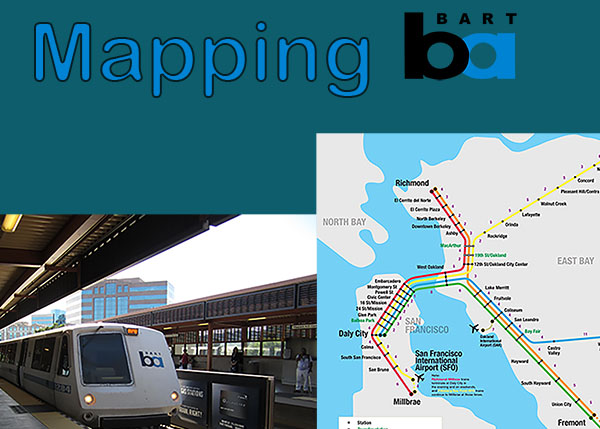 The Key System, an electric streetcar and suburban train network, served the Bay area until it was dismantled in the mid-1950s. Confronted with serious traffic problems, the counties of Alameda, Contra Costa, San Mateo, Marin, and the City and County of San Francisco formed a transit district charged with the construction and operation of a new high-speed transit system.

The initial plan called for transit lines as far south as Palo Alto and northward past San Rafael.  But in 1962 San Mateo and Marin counties withdrew from the Bay Area Rapid Transit District. Construction of a more limited system began in 1964 and included major engineering challenges such as the lowering of the Transbay Tube connecting Oakland and San Francisco into a trench dredged onto the floor of San Francisco Bay.  BART carried its first passengers in September 1972 and has been transporting passengers in the Bay Area for almost half a century.