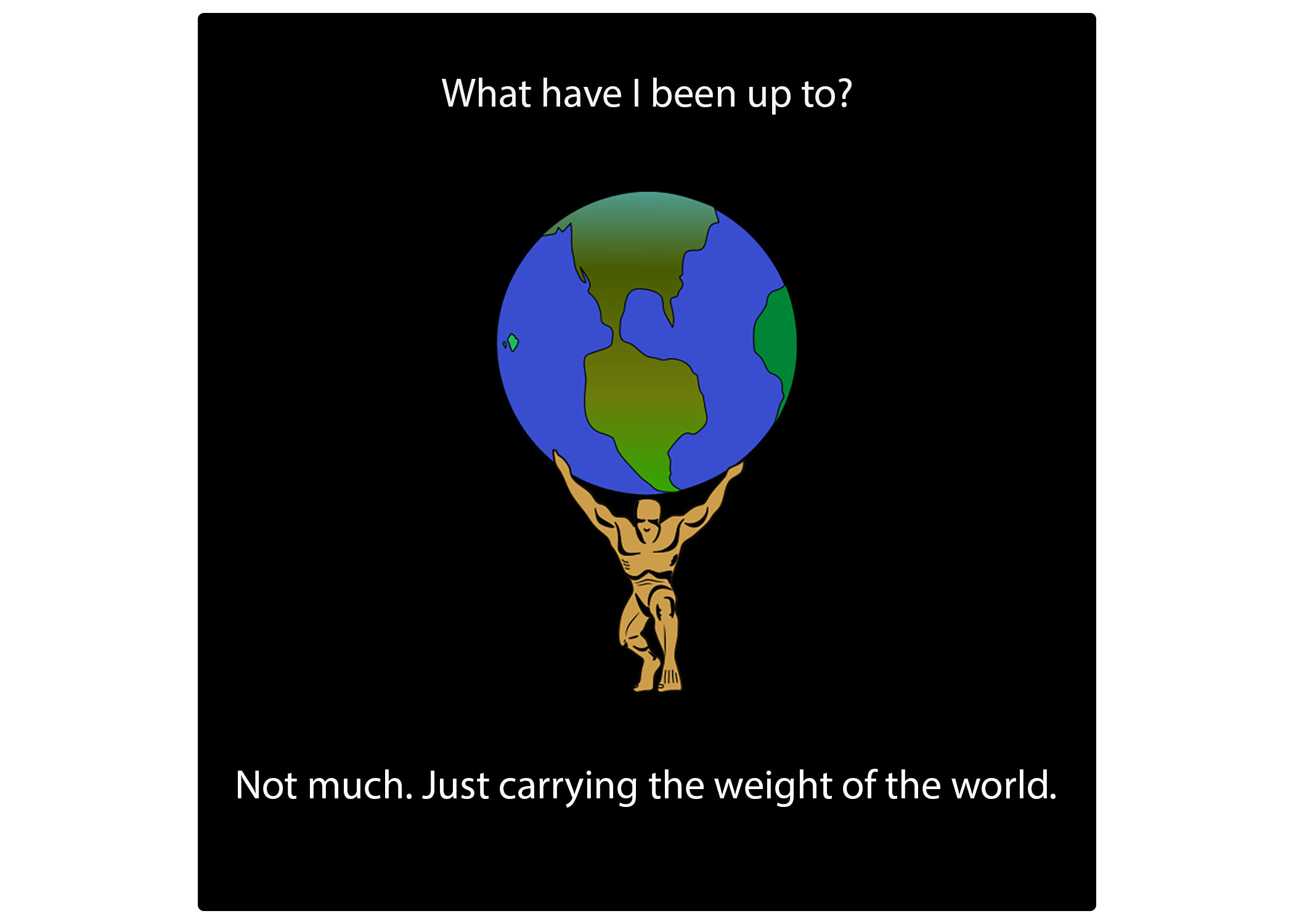 Atlases: Books of Maps and So Much More

In Greek mythology, Atlas was a Titan that fought in the Titanomacy against Zeus. Atlas and his fellow Titans lost the battle and Atlas was punished by Zeus with carrying the weight of the heavens on his back.

The Webster dictionary's definition of an atlas is a bit...different. It defines an atlas as "a bound collection of maps often including illustrations, informative tables, or textual matter." This exhibit has a diverse collection of atlases from the Earth Sciences and Map Library. There are atlases that provide information on history, environmental migration, geopolitics, and much more. So please come visit the Earth Sciences and Map Library to check out the atlases on display this summer!