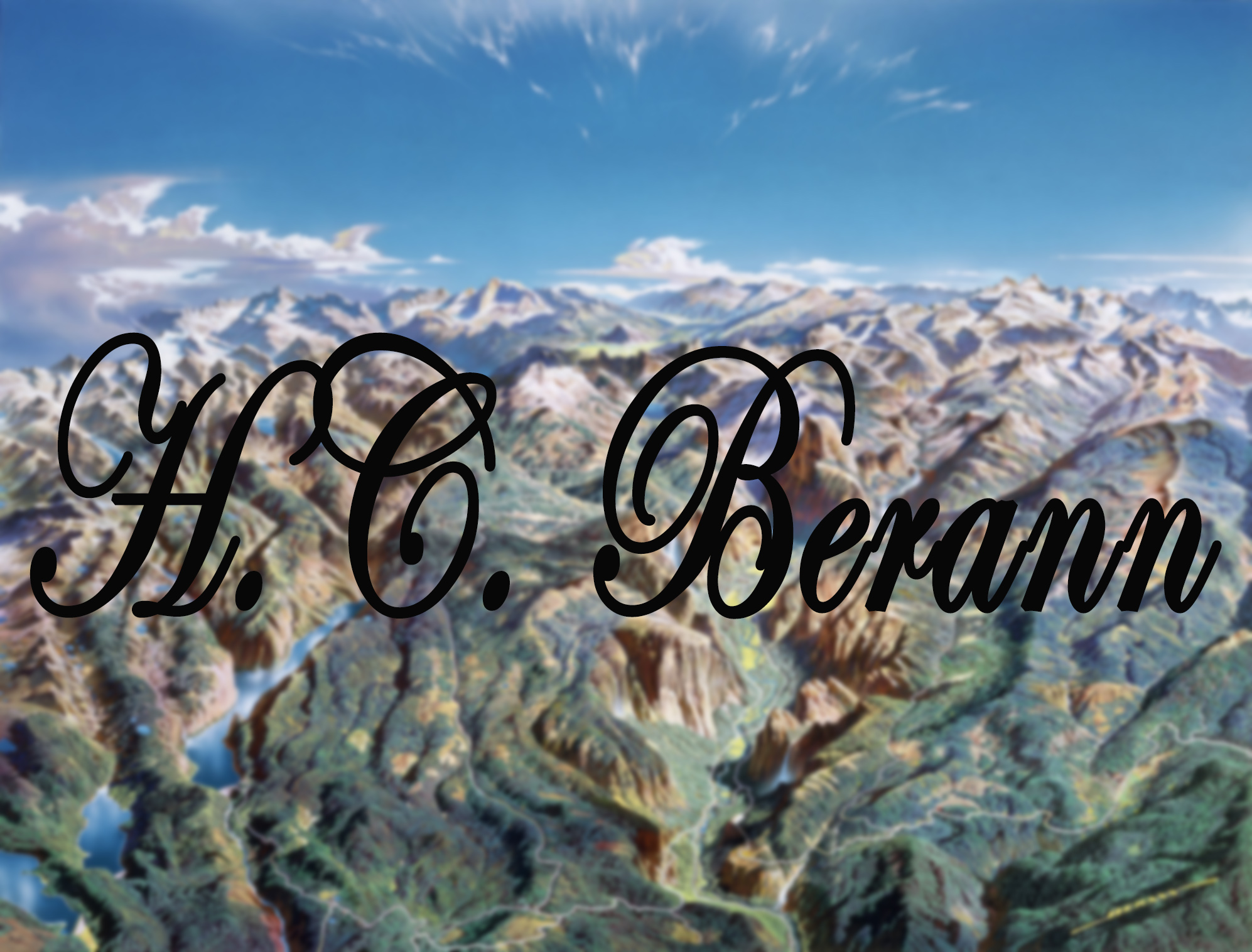 Heinrich Berann (1915-1999), an Austrian landscape painter, is generally seen as the father of the modern panorama map. Berann initially worked as a commercial artist in the tourist industry but all that changed in 1934 when he won a competition for a panorama map contest of the road leading to the Grossglockner, Austria. After the competition, Berann continued to perfect his original map making techniques to create beautifully artistic landscape maps for tourists. His international stature grew in 1956 when he was commissioned to draw panoramas for the Olympic Games which he did until 1998. Berann is best known for iconic views of the North Cascades (1987), Yosemite (1989), Yellowstone (1991), and Denali (1994), all commissioned by the National Park Service. The exhibit highlights the maps by Heinrich Berann in the Earth Sciences and Map Library collection. 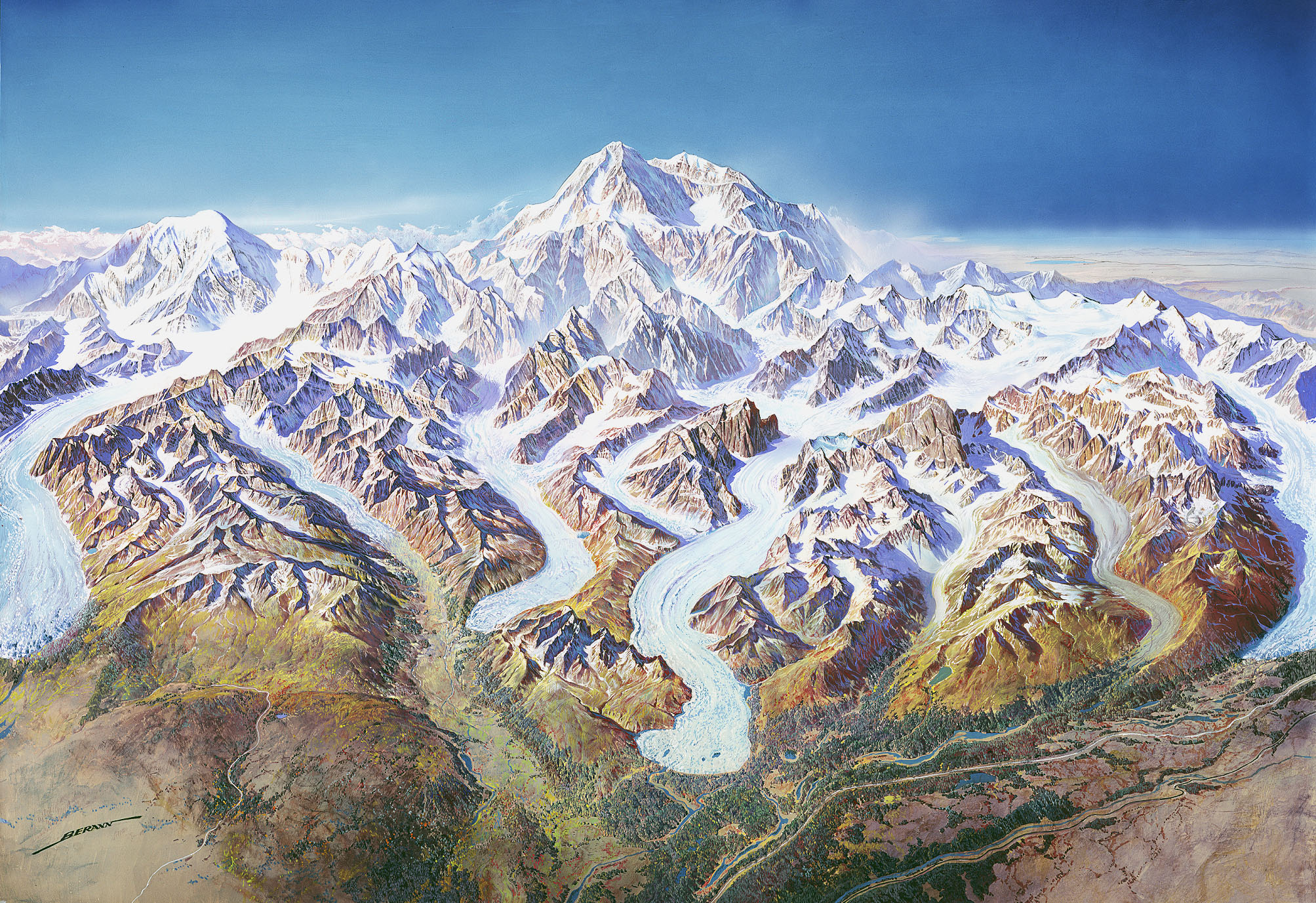 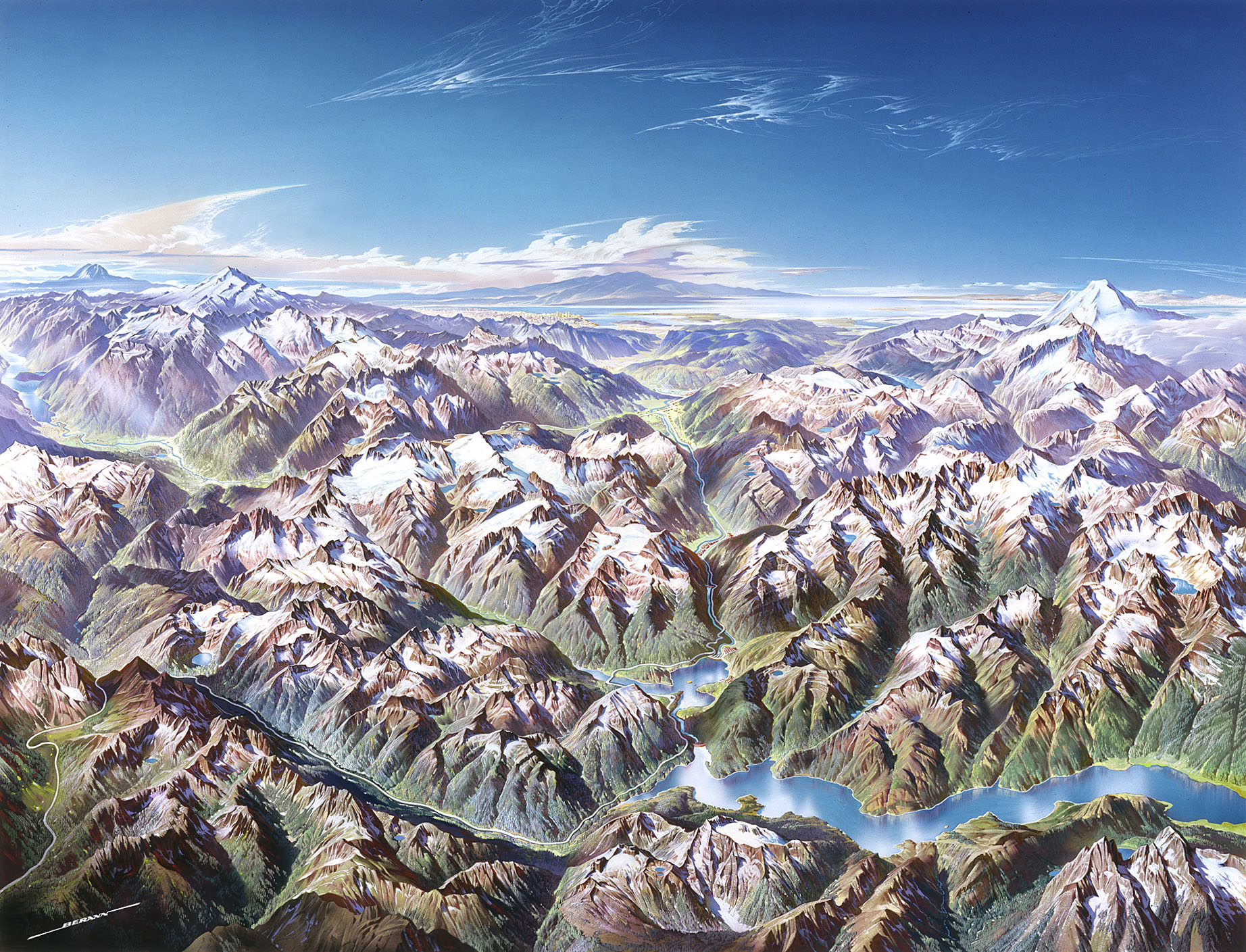 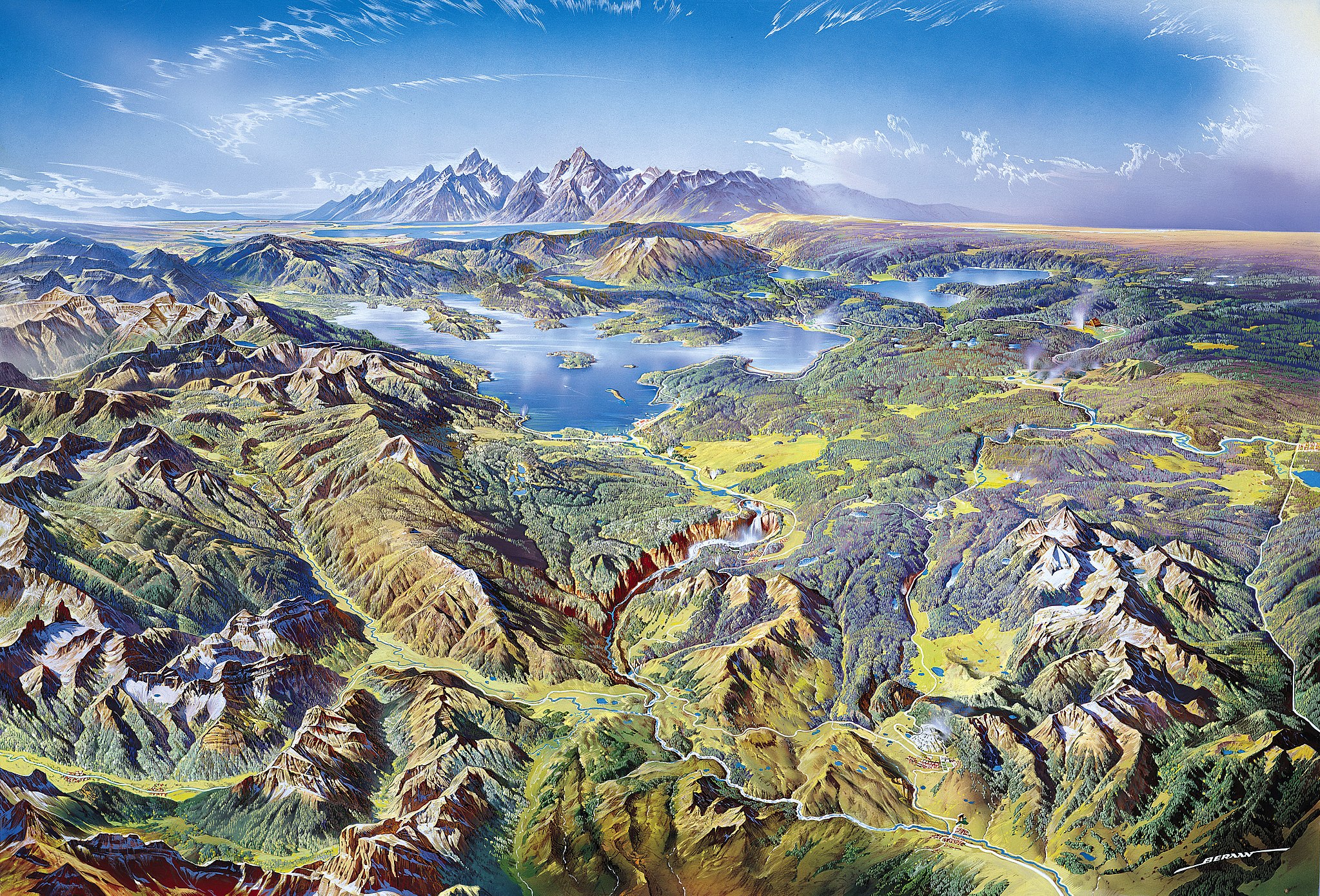 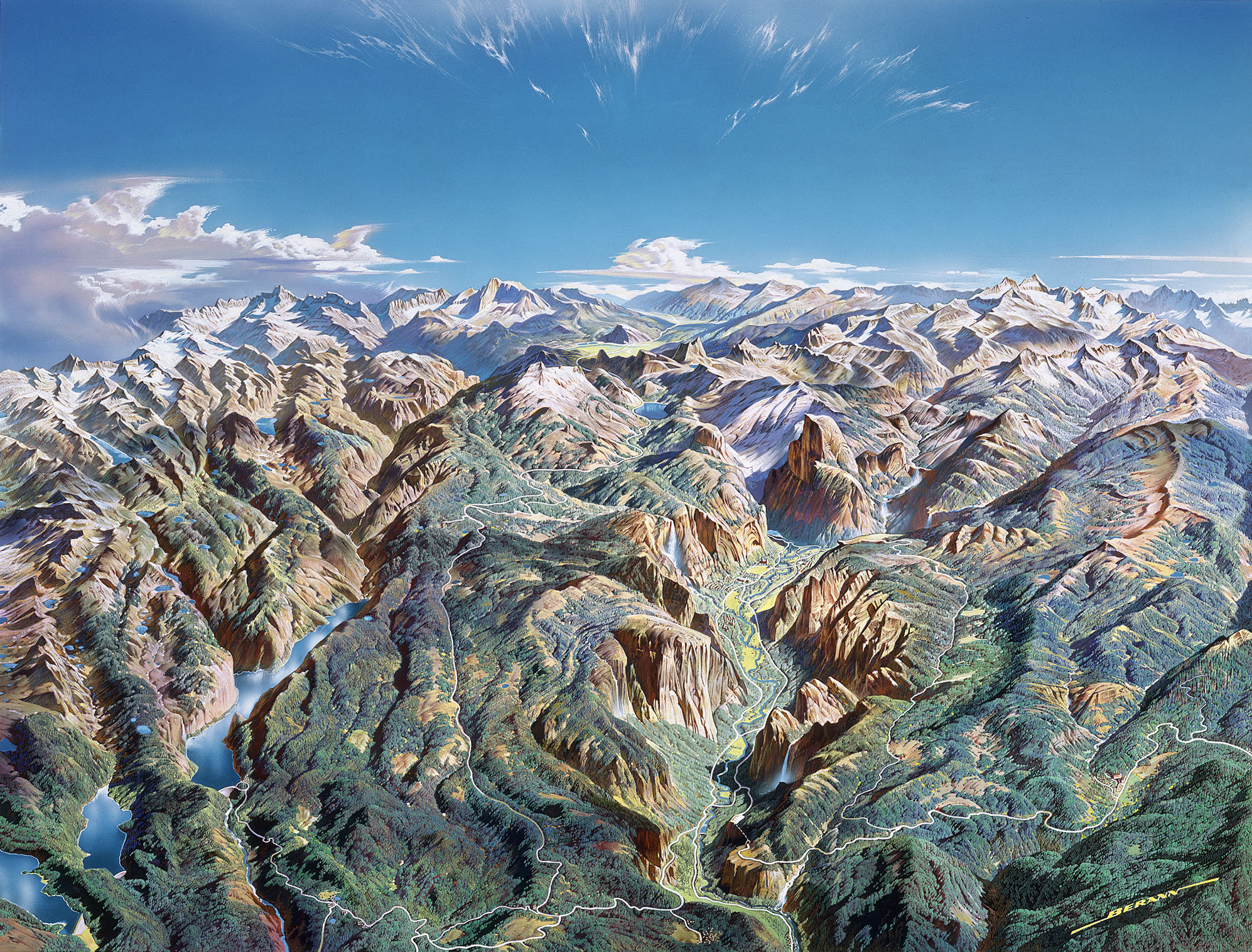