You must never be limited by external authority, whether it be vested in a church, man, or book. It is your right to question, challenge, and investigate. -- Bhagat Singh Thind

Chapter 10: US vs. Bhagat Singh Thind 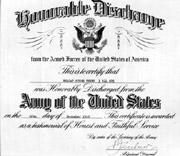 Bhagat Singh Thind, a native of Punjab, immigrated to America in 1913. Working in an Oregon lumber mill he paid his way through University of California, Berkeley and enlisted in the United States Army in 1917, when the United States entered World War I. He was honorably discharged in 1918. In 1920 he applied for citizenship and was approved by the U.S. District Court. The Bureau of Naturalization appealed the case, which made its way to the Supreme Court. Thind's attorneys expected a favorable decision since the year before in the Ozawa ruling the same Court had declared Caucasians eligible for citizenship and Thind, as most North Indians, was clearly Caucasian.

Now the Supreme Court found it necessary to qualify "Caucasian" as being synonymous with "white," according to the understanding of the common man of the time. Justice Sutherland expressed their unanimous decision, denying Thind citizenship:

It is a matter of familiar observation and knowledge that the physical group characteristics of the Hindus render them readily distinguishable from the various groups of persons in this country commonly recognized as white. The children of English, French, German, Italian, Scandinavian, and other European parentage, quickly merge into the mass of our population and lose the distinctive hallmarks of their European origin. On the other hand, it cannot be doubted that the children born in this country of Hindu parents would retain indefinitely the clear evidence of their ancestry. It is very far from our thought to suggest the slightest question of racial superiority or inferiority. What we suggest is merely racial difference, and it is of such character and extent that the great body of our people instinctively recognize it and reject the thought of assimilation.

Because of the Thind decision, many Indian who were already naturalized had their citizenship rescinded. The Thind decision also meant that the Alien Land Law applied to the many Indian immigrants who had already purchased or leased land. After this ruling some landowners lost their property, but many continued to hold property they had previously acquired and to buy or lease new property in the names of American lawyers, bankers, or farmers whom they trusted. A few were able to hold land in the names of their American-born children, though this strategy did not become widespread till after a 1933 court case challenging the practice of "Hindu" farmers holding land through American front men. The actual loss of land at that time of the Thind decision is not easy to estimate since official records, of necessity, hid rather than revealed the true owners.