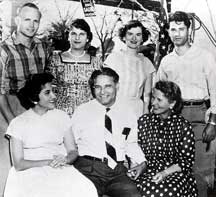 One day, just three days before the election, a prominent citizen who was opposing me bitterly saw me one morning in the town restaurant. There must have been some fifty people in there having their breakfast when he came up to me and said in a loud voice: "Doc, tell us, if you're elected, will you furnish the turbans or will we have to buy them ourselves in order to come to your court?" "My friend," I answered, "you know me for a tolerant man. I don't care what a man has on top of his head. All I'm interested in is what he's got inside of it." All the customers had a good laugh at that and the story became the talk of the town during the next few days. -- Dalip Singh Saund on his 1952 campaign for judge in Westmorland 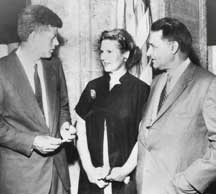 Dalip Singh Saund, was born in 1899 in village Chhajalwadi, Punjab, India. He came to study at the University of California, Berkeley in 1920 and after completing his M.A. in 1922 and his Ph.D. in 1924, it became clear that he would make the United States his home. But he found few career avenues open to him:

I was aware of the considerable prejudice against the people of Asia in California and knew that few opportunities existed for me or people of my nationality in the state at the time. I was not a citizen and could not become one. The only way Indians in California could make a living was to join with others who had settled in various parts of the state as farmers. I had met a few Indians from Imperial Valley who had done very well, and so in the summer of 1925 I decided to go to the southern California desert valley and make my living as a farmer.

Life in Imperial Valley was not easy for the young farmer. His first lettuce crop was a total loss. The farming area was below sea level and flood was a constant threat. Drought from the unpredictable weather was just as treacherous. Invasions of grasshoppers could wipe out a mature crop in a few days. But even with the demands of farming he was still able to find time for study and for public speaking. Through a talk he gave at the Masaryk Club, he met Marian Kosa, a beautiful, talented student at UCLA and they were married in 1928. Saund became a U.S. citizen, on 16 December 1949 and was elected as judge in Westmorland, where he built a reputation as a reformer who could achieve results.

Still the grassroots campaign won many supporters and when the ballots were counted Saund won by a three percent margin-the first native of Asia elected to the United States Congress. He served three terms, working vigorously for the all the constituents of his district. While running for re-election for a fourth term in 1962, Saund suffered a disabling stroke that ended his political career.