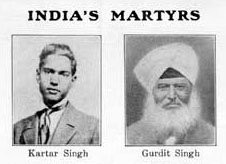 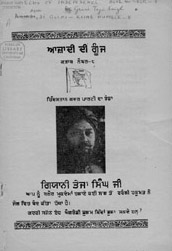 Dayal and many other Indians on the Pacific Coast were active in the nationalist cause at this time and their efforts converged in 1912-1913 with the founding of the PacificCoast Hindustani Association, later to be called the Gadar Party. The organization purchased a printing press and set up the Yugantar Ashram (Advent of a New Age Ashram) at 436 Hill Street in San Francisco. Students in Berkeley who were inspired by Dayal started the Nalanda Hostel on Center Street, named for a university and seat of Buddhist scholarship in ancient India. On 1 November 1913 the first Urdu issue of Hindustan Gadar appeared and on 9 December 1913 the Punjabi edition 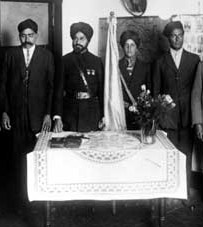 began. The issues were first handwritten and then printed on the press. The workers in Yugantar Ashram had to memorize over a thousand names of the subscribers so that no incriminating evidence could fall into the hands of the British government. The initial articles were authored by Dayal and the printing operation was run by Kartar Singh Sarabha. Sarabha was one of the most active fundraisers in the organization, holding meetings in the rural areas where the farmers donated generously to sustain Gadar operations. The Gadar activities and publications focused the energy of a community eager to participate in the struggle going on in India and defined a positive, collective identity for the Indian immigrants as "nationalists." 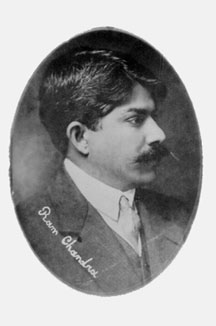 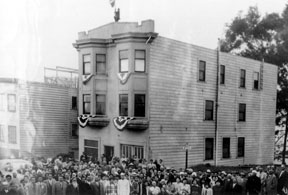 Gadar activities didn't go unnoticed by the British. W. C. Hopkinson, who grew up in India and spoke fluent Hindi, had been active on the Pacific Coast since 1908 and now turned his attention to the newly formed organization, setting up networks of spies among the among the Gadar workers. Hopkinson declared Har Dayal the most dangerous of the revolutionaries, and, on his advice, Dayal was arrested in March1914. Released on bail, Dayal quietly left for Switzerland. With Dayal's departure, Ram Chandra assumed leadership of the Gadar Party and, along with Bhagwan Singh and Maulvi Mohammed Barkatullah, toured the Pacific Coast urging immigrants to return to India for an imminent revolution, expected to erupt in February 1915. The revolution to free India was not successful, but the attempt fueled the desire for freedom. 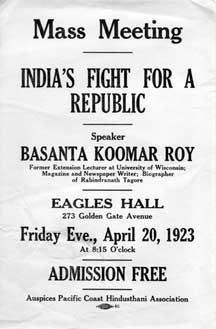 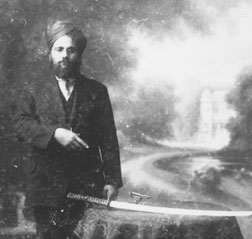 In 1915, a few members of the Gadar Party, working covertly with Dayal, now in Germany, arranged for several shipments of arms, financed by the German government, to be sent to India in support of an uprising against the British. In consequence, a large number of Indians, mainly members of the Ghadar Party, and also the diplomatic staff of the German Consulate, were arrestedin 1917, on grounds of conspiring to mount a military expedition in violation of United States neutrality. In the trial that followed, twenty-nine defendants were found guilty and served prison sentences-fifteen Indians and fourteen Germans. Following the 1917 trials, the Gadar Party, now more subdued in its activities, shifted to 5 Wood Street and survived until August 1947, when it turned all its assets over to the newly formed government of independent India.