We took the best of two worlds and made one world. -- Isabel Singh Garcia 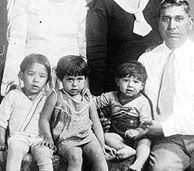 While most of the early immigrants intended to work a few years in the United States and then return to India, as they became established in farming or successful in business they began to think of staying permanently. But immigration policies severely restricted the entry of the immigrants’ families into the United States. Because of these policies only a very few Indian women immigrated to the United States before 1945. According to R. K. Das, nothing embittered theimmigrants “as much as this policy of exclusion; for it is not only injustice to them, but also to their innocent wives and children.”

A few men did succeed in immigrating with their wives. Bakhshish Singh, who had first come to San Francisco in 1899 as a businessman, returned permanently in 1910 with his new wife, Rattan Kaur. The couple lived first in Oregon and finally settled in the San Joaquin Valley. The few Punjabi women who did immigrate felt very isolated at first in the United States. In India the women were rarely alone, working together sharing the domestic duties. When interviewed by Allan Miller, Nand Kaur, the wife of Puna Singh, said “she was very lonely when she first came to America, but, since then, because of her family and occasional get-togethers with Mexican wives of Sikhs, she feels happier.” Mrs. Singh’s son Paul had recently married the daughter of Lashman Singh from Los Angeles in a civil ceremonyfollowed by a Sikh ceremony at the Stockton Temple, after which a banquet, including 75 pounds of “Sikh candy,” was served. 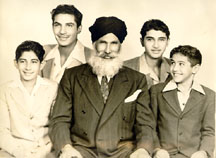 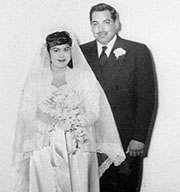 But many men could not bring brides from India and so sought wives among women living in the United States. Anti-miscegenation laws, which stayed on the books in California until 1948, prohibited intermarriage between races. This meant that it was hard for the Indian men to marry white women. Although a number of these marriages did take place, they were always the occasion for comment. When “well-to-do farmerB. K. Singh married the sixteen-year old daughter of one of his tenants in 1918 one headline read, ‘Hindu Weds White Girl by Stealing Away to Arizona.’ The article speculated that since Imperial County would not issue a license for a Punjabi and a white woman, it was doubtful that the clerk in Yuma acted legally.” 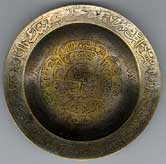 Most Indian men sought wives among the Mexican women, many of whom were themselves recent immigrants to the United States, fleeing from the violence of the Mexican revolution. While these marriages were technically between different races, according to race definitions of the time, most civil authorities sanctioned them, giving the same race on the marriage registry for both bride and groom—“brown,” “black,” or“white.” When a Punjabi did marry a Mexican wife it was common for her to then facilitate the marriage of her sisters or other relatives to Punjabis. Cultural differences sometimes caused friction. The men were not used to the degree of freedom the women expected. And in a system where business partners became, in many ways, like an extended family, the women found they had the strange and unwelcome duty of cooking and washing for their husbands’ unmarried partners. The rate of divorce, sometimes reaching 20 percent, was slightly higher than the average at that time. Still the majority of the marriages were stable unions, characterized by tolerance and love. Moola Singh married Susanna Mesa Rodriguez Singh in 1937. About the marriage Moola relates:

"When I met Susanna, she did sewing, she’s a good farmer girl. She cut all the kids’ hair, she made all their clothes...I found Susanna in 1937, and then everything got good. Susanna, she didn’t want to buy anything, she only wanted to buy groceries. She chopped cotton, she worked, she didn’t even want to buy a dress. I went to the store, I bought her a dress."

Although the Punjabi men were tolerant and adaptable to the new culture themselves, they sometimes were more adamant in their expectations of their children, particularly of their sons. Karen Leonard relates a story told by Mike Singh. A group of fathers were sitting around one day boasting about their sons and betting heavily on who could run the fastest. Mike’s father tookhim aside and told him to run like “a lionhearted Sikh warrior. Nobody can beat you; run and win.” Mike gave it a try. “I ran,” he remembers, “but the other boy was ahead of me most of the way...Then I hit it and ran, a Sikh warrior, ran for my heart and beat him by two yards.” The image of a Sikh warrior was not very familiar to the boy, but his father’s unbending expectation—that he would be the best and never give up—struck a chord. According to Indian custom, the men did not expect their wives or daughters to inherit their land and usually made wills in favor of sons or other male relatives. Widows were often poorly provided for and usually fared better if their husbands died intestate.

In Northern California fewer immigrants married and the dominant pattern of social life continued to be bachelors living in dormitory-style bunkhouses or several bachelors living together on land that one of them owned or leased. They would hire one man to cook. Men in the camps ate mostly roti, an Indian whole wheat pancake, and vegetables, many grown in their gardens, including Punjabi favorites like karela (bitter gourd) and okra. The men were fond of cooking with butter and had a saying, ghi banaunda salan (the butter makes the curry). R. K. Das estimated the Indians consumed about 15 pounds of butter a month each. Ice cream was also a food universally liked by the Punjabis, and, when visiting, it was considered polite to bring along a package of ice cream as a gift for the host. One of their favorite pastimes was making jokes, many revolving around someone’s birthplace in Punjab. The men of the Patiala area would claim to be of excellent physique and prowess, while poking fun at peoplecoming from Hoshiarpur, whom they viewed as hillbillies. Allan Miller reported that these men had very few bad habits except for the heavy drinking that was a regular part of their social interaction, during which discussion and debate could escalate into quarrels and violence. 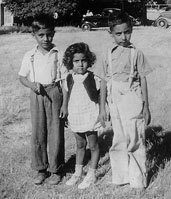 The immigrants were frugal, directing most free money to the purchase or leasing of land, but they also spent some money on luxuries. “The Hindustanees on the Pacific Coast,” says R. K. Das, “enjoy a good many comforts, such as silk shirts and turbans, scented oil and soap and perfumery of all sorts.” Some even bought gramophones and sent for records from India. Movies were also an occasional treat and the bachelors at Van Tiger Ranch had pictures of Indian movie actresses on their walls. They were fond of modern vehicles, starting with bicycles, then moving on to Fords, and finally up to Buicks and Dodges. But they never went into debt for comforts. During depressed times they would lower their standard of living and stay within their means rather than borrow money.