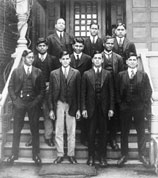 In December 1911 the Modern Review, a widely-read Calcutta journal for Indian intellectuals, published an article entitled "Information for Indian Students Intending to Come to the Pacific Coast of the United States," by Sarangadhar Das, a student at the University of California, Berkeley. Das recommended bringing along a basic kit for the stay in America that could be acquired for about Rs. 125 in India, including soap, shaving brush, a pair of pump shoes, linen athletic summer underwear, colored or striped shirts (plain not plaited, half a dozen), a pair of Paris garters, one black serge suit, an Indian-made artistic scarf pin, a few dhotis (sometimes handier than night shirts), and two collar studs.

Chapter 6: At the University

Late in the 19th century, Indian students began coming to the United States to study engineering, medicine, agriculture, and manufacturing. The students represented all parts of the subcontinent and were more evenly distributed throughout the United States than the immigrant group; Tagore’s son studied at the University of Illinois at Urbana, the son of the Maharaja of Baroda attended Harvard, other Indians were at Columbia and at universities in Nebraska and Iowa.

But most Indian students chose institutions on the Pacific Coast -- the University of Washington, agricultural colleges in Oregon, Stanford, and, above all, the University of California, Berkeley. “When we take everything into consideration,” Sarangadhar Das advised, “the University of California is really the best for us in this coast.”1 Tuition was only $15 a year and living expenses about $250. Opportunities were plentiful in Berkeley for “self-support,” the American custom of working your way through college, and a student might be able to “make an excellent profit selling shawls, ivory, art works and other Indian products.” During the summer months students could make $125 a month as agricultural laborers. While Das did not discourage women from coming to study, he emphasized that these opportunities for self-support would not be available for them, and most Indian women desiring to pursue higher education outside of India chose to study in Great Britain. 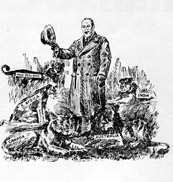 For the journey to the United States, Das recommended starting from India in late February, which would mean reaching Japan by the end of March, just in time to enjoy the lovely cherry blossoms when black winter clothes were discarded for “white, pink, yellow, violet and other spring colors. The whole atmosphere will be full of quiet gaiety and merriment.” Das even offered to meet the new students on their arrival in Berkeley and show them the ropes.

The students who came found many sources of support. The Pacific Coast Khalsa Diwan had purchased a hostel at 1731 Allston Way where Indian students could stay rent-free. In 1912, one successful California potato farmer, Jwala Singh, funded the Guru Govind Singh Sahib Educational Scholarship, awarded through a competition held in India. The Hindustan Association of America, the national association for Indian students founded by Bengali activist Tarakhnath Das, had established chapters on a number of major university campuses, including Berkeley, and published the journal Hindustanee Student.

Students formed individual relationships with their professors, who were often helpful and encouraging to promising scholars. A small group of faculty on campus worked closely with the Indian students, including Arthur Ryder and Arthur Upham Pope. Ryder, a Sanskritist who came to Berkeley in January 1906, encouraged the Indian students to participate in activities to promote understanding of Indian culture, including productions of the classical Sanskrit plays that he translated into English. Gobind Behari Lal presented the prologue for “Shakuntula” in 1914 and Tarakhnath Das also had a part. Pope, a junior professor in the Department of Philosophy and advocate of Indian independence since his undergraduate days at Brown, chaired the committee that selected the Guru Govind Singh Sahib Scholarship recipients. He, as well as any faculty member who was in contact with the Indian students, came under surveillance by the British during this period.

Prejudice and stereotyping were also part of the student experience. Many Americans, even on university campuses, were surprisingly ignorant about India. Dalip Singh Saund, a student at University of California, Berkeley from 1920-1924 comments: “In those days the picture of India which most of the American people carried in their minds had little basis in reality. It was a confused jumble of yogis, snake charmers, and maharajas. There were very few good books available about India, most of them written by former members of the British Government in India who were on the whole extremely unfriendly toward the history and culture of that ancient land..” Sometimes the manifestations of prejudice were relatively harmless, like the hazing incident described in the San Francisco Chronicle, 15 August 1921.

Members of the sophomore class of the University of California, who engaged today in upholding the tradition of the university anent the hazing of freshmen, faced a real problem this afternoon in the form of three Hindu scholars. The three were captured and lined up for hazing, after which a consultation of sophomores was held. Finally it was decided to make them take off their shoes and wade in the chemistry pond, explaining to them that they were “bathing their feet in the university’s sacred pool.” Then it was decided to unwind their turbans to solve the mystery of what might be underneath. To this, however, the Hindus objected and showed fight. The three finally freed themselves from their captors and ran frantically for the president’s office with the intention of calling the office of the British consulate at San Francisco for protection. But they were overhauled by members of the senior class, who restored the peace. The three are said to be graduates of Oxford University and are here to take post-graduate work.

However, some manifestations were more serious. It was rare for foreign students to be admitted to the Greek-letter societies, for instance, and, in an era when these societies controlled most student social activities, this exclusion restricted Indian students’ full participation in campus life. 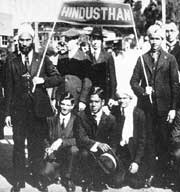 The Indian students ranged from ardent nationalists to crown loyalists. Darisi Chenchiah, a student from Madras, describes their diverse views after his arrival at the University in December 1912. “There were about thirty Indian students in the University of California, Berkeley at that time, comprising mostly Punjabees and Bengalees...The Punjabee students believed in the overthro[w] of the British Rule in India by armed revolt... The Non-Punjabee students wanted to devote their attention to studies only, pass the examinations, return to India with a loyal political record and enter Government service... At the same time, they wanted to serve the cause of freedom if they could.” Har Dayal, who had come to the area as a lecturer in Indian philosophy at Stanford, was living at that time in one of the Indian student hostels in Berkeley. He addressed a meeting of all Indian students at Berkeley and sought to unite their views, denouncing British rule in India and calling for the students to do their part in bringing it to an end. “Prepare yourselves to become great patriots and wonderful warriors. Great suffering and sacrifice are required of you. You may have to die in this revolutionary cause. Anybody can be a Collector, or an Engineer, or a Barrister, or a Doctor. What Indian [sic] needs today is warriors of freedom. Better death in that noble cause than living as slaves of the British Empire.” Stirring rhetoric for idealistic young men looking for a way to serve their country. Har Dayal and the Gadar Party, soon to be founded, became a significant force in the lives of the Berkeley students.