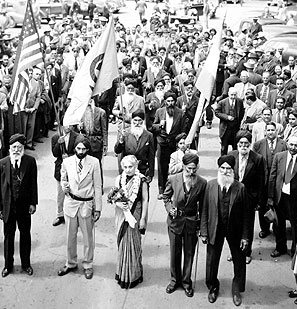 A change of supreme importance has now come over the world scene, and that is the renascence of Asia. Perhaps, when the history of our times comes to be written, this re-entry of this old continent of Asia-which has seen so many ups and downs-into world politics, will be the most outstanding fact of this and the next generation. -- Jawaharlal Nehru, to an overflow crowd at the Greek Theatre on the University of California, Berkeley campus, 1949 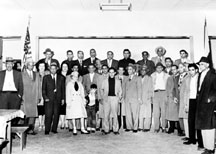 At the time of the Thind decision some immigrants became discouraged with conditions in the United States and returned to India. But many remained and found ways to progress in spite of the many legal and social obstacles of the time. In India, the British had promised a measure of self-government if Indians would support British efforts in World War I. However, as Dalip Singh Saund describes: “At the conclusion of hostilities, the government of David Lloyd George changed its attitude toward the Indian Nationalists, and instead of fulfilling its promise of self-government for India, instituted a campaign to suppress the nationalist movement.” 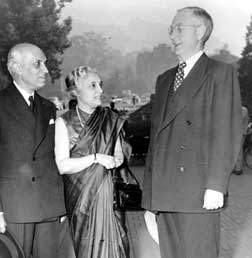 But in America the mood was gradually shifting. In the 1920’s American public opinion, in general, still supported the continued presence of Great Britain in India, though Gandhi’s policies of nonviolence had started to win a following. By the late1930’s, however, many Americans began to oppose racism at home and abroad and became receptive to Indian demands for self-government. 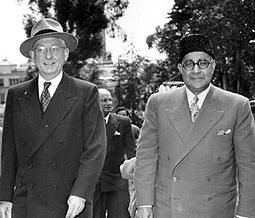 Organizations across the country campaigned for Indian independence and for citizenship for Indians in the United States. The Gadar Party pressed for the independence of India. The Home Rule League, led by Lajput Rai until his death in 1928, campaigned for dominion status. The India Association lobbied vigorously for citizenship. Mubarak Ali Khan, a prosperous Arizona farmer who founded the Indian Welfare League in 1937, worked to build bridges to the people within the American political structure who could influence a decision in favor of citizenship for Indians.2 Sardar Jagjit Singh, a successful New York businessman, fought for independence through the India League of America formed in 1938. He arranged for Claire Booth Luce’s trip to India, convinced Time magazine to write in support of Indian independence, and lobbied congressmen and diplomats. These combined efforts eventually yielded success. In 1946 the United States Congress passed the Luce-Celler Act, eliminating the ban on Indian immigration and allowing Indians to become naturalized citizens. 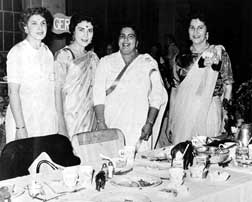 Men who had been denied citizenship for decades studied for citizenship exams, taking English lessons to pass the English literacy portion. After 1946 immigration from India to the U.S. was still slow, only 100-200 per year, but the loosened restrictions meant that men could now bring wives, children, and other relations to the United States. Some of the old-timers, as they were now called, who had remained bachelors even made the trip back to India to marry young wives. The new arrivals brought with them a renewedawareness of Indian customs and religious identities, but they were also challenged by the Indian Americans, who had appropriated much of what they saw as good in their adopted culture and who thought of themselves now as American as well as Indian. 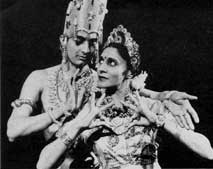 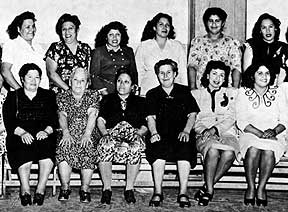 In 1947, the British finally faced what Indians had known for decades, that the time of their departure from India was long overdue. On 14 August 1947 India and newly createdPakistan became independent nations. For the Punjabis in California the ordeal of Partition was particularly painful, because the boundary cut across their home province, but they also felt great pride in the newly formed nations. 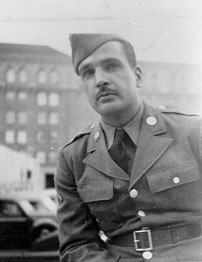 When Nehru visited the United States, he addressed an overflow crowd of 10,000 in the Greek Theatre at Berkeley. A year later Liaqat Ali Khan, the first Prime Minister of Pakistan, also delivered an address to a huge crowd in the Greek theater.

Independence led to a surge of interest in the United States about South Asian culture. Second generation South Asian Americans had greater opportunity to explore their heritage, and the general public became interested in the history, religions, and arts of the subcontinent.